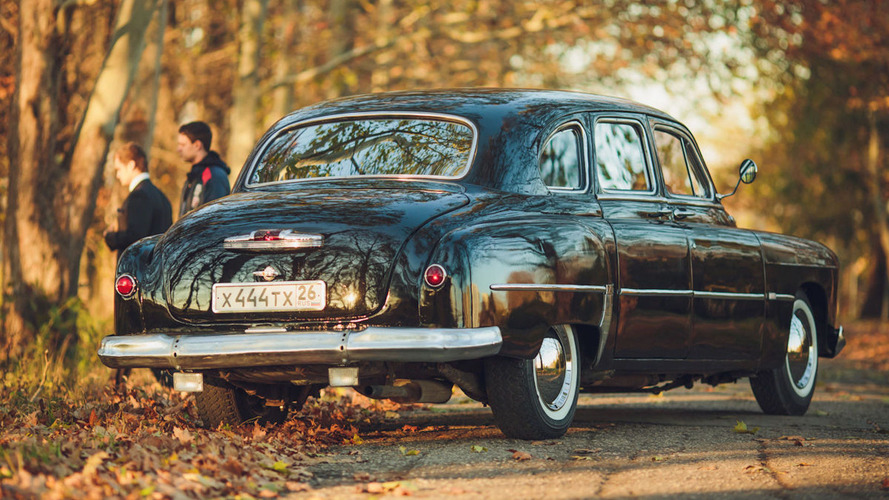 Ever had fantasies of living the life of a Soviet dictator? Well now you can… at least partially. This is a 1953 GAZ-12 ZIM limousine; it was the first executive car ever produced by the Russian automaker and the first to feature the signature "leaping deer" hood ornament. You can buy it on eBay right now for $60,000.

I know, that isn’t exactly on the thrifty side of post-war Soviet luxury cars — but the GAZ-12 limousine is something. Its initial development began in 1948, with production coming two years later in 1950 at the request of the Soviet government. They needed a six-passenger sedan to fill a niche between the ZIS-110 and the M20 Probeda (also produced by GAZ).

The GAZ-12 was exactly what the Soviet leaders had called for. It used a stretched monocoque chassis from the M20 Pobeda, and featured a new 3.5-liter inline-six cylinder engine good for about 95 horsepower (71 kilowatts). Alas, production only lasted until 1960 following political fallout. A total of 21,527 examples were built in the ten-year period.

The one seen here for sale comes from the earlier era of production. It was fully restored in 2014, and was given brand new engine just last year (even though the odometer reads 70,000 original miles). The exterior is finished in jet black with all its prim and proper chrome accents in tact. The interior wears a handsome beige leather finish with red accenting on the doors, dash, and rear armrests.

The seller says it rides and drives like new — given its “museum” quality as described, one should expect nothing less. The only caveat for North American buyers being that the car is still located in Moscow. But if you have enough of an obsession for Soviet sweethearts such as this, it is able to be shipped worldwide.