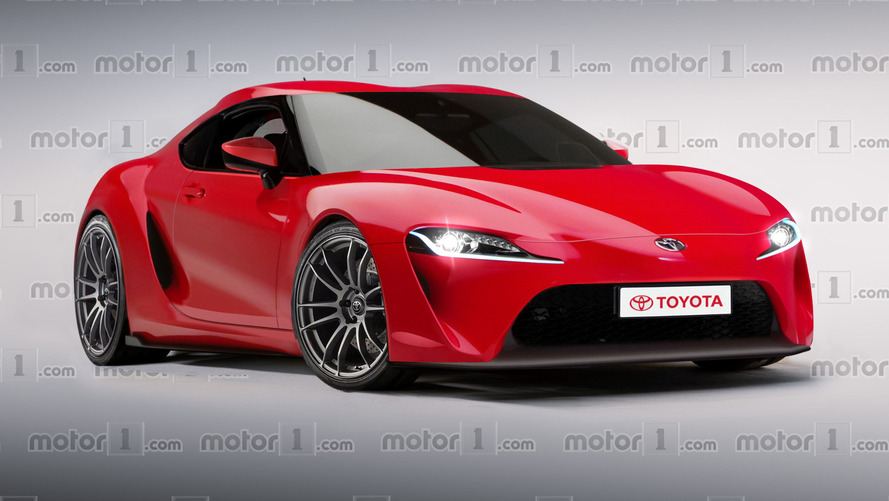 It’s been almost 15 years since the demise of the Supra (A80), but thankfully it’s coming back as early as 2018 with a brand new model co-developed by Toyota with BMW. While Bavaria’s version of the car will take the shape of a Z5 convertible with a fabric top, the new Supra will be a coupe with a fixed metal roof. The fifth installment of Toyota’s iconic nameplate has already been caught on camera multiple times, and that’s why for this week’s render our sister site OmniAuto.it has decided to come up with a speculative render to try and see into the car's future.

The fiery red FT-1 concept introduced by Toyota back in early 2014 at NAIAS was a sign of things to come. Later the same year, the concept received a Graphite paint, which in the eyes of some people made it look even more stunning than the original concept. The production car is expected to resemble the FT-1 concept and feature a similar double-bubble roof as depicted in the adjacent design exercise in the virtual realm. Some styling cues from older Supras are also expected in order to carry on the legacy. While the design will pay tribute to the past, the underpinnings will make sure that it’s going to be ready to keep up with the times.

It is believed both the Z5 and reborn Supra will use an assortment of turbocharged four- and six-cylinder engines developed by BMW, but rumor has it a beefier version will take advantage of Toyota’s plug-in hybrid know-how. As a matter of fact, a recent spy video in which you can hear a high-pitched whine likely coming from an electric motor seems to suggest the next Supra will be hybridized to bring extra performance and boost efficiency at the same time.

The Z5 and Supra duo is not expected to see the light of production day until the beginning of 2018, which means the cars will likely be revealed in the second half of 2017. In charge of assembly will reportedly be Magna Steyr at its factory in Graz, Austria where a total of around 60,000 units will be made each year. Some say the Z5 will also spawn a coupe version later during its life cycle, but we’ll have to wait for a confirmation from BMW.