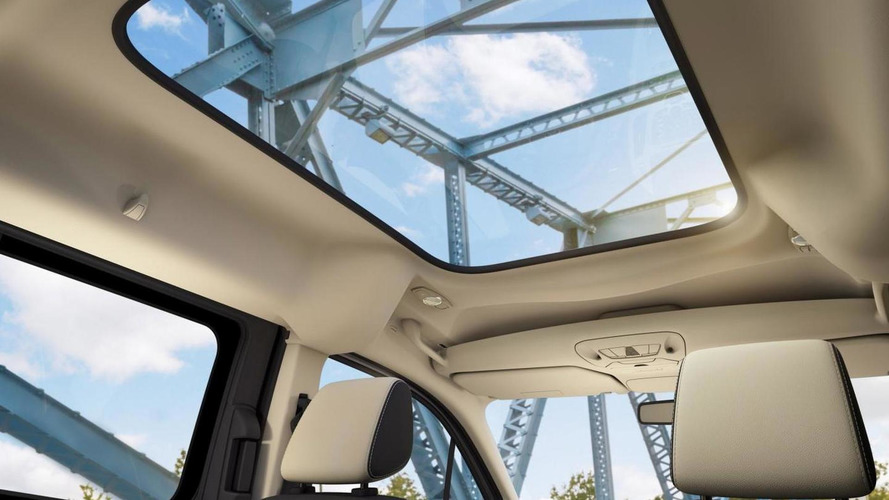 Losing the large sunroof all of a sudden would be a big surprise to anyone.

Ford will recall 887 examples of the 2014 Transit Connect in the United States because the panoramic sunroof can fall out. The campaign specifically affects models with build dates from October 4, 2013, to July 14, 2014. Obviously, the vehicles need the Panoramic Fixed-Glass Vista roof option, too.

There may be an inadequate bond between the sunroof panel and the glass because of cleaner residue and contaminated silicone. The problem can cause more wind noise and water leaks. In the worst case, the part could fall out of the van. Not only would that be distracting to anyone inside, but it also might be a road hazard for anyone behind the Transit Connect.

Ford discovered the issue when it received a complaint about the problem. A search through warranty claims found four incidents of the sunroof falling out and other claims about leakage. There were no reports of accidents or injuries, though.

Ford will contact owners, and dealers will remove, clean, and reinstall the sunroof. The campaign will begin by October 31, 2016. Anyone with previous costs from this issue will be able to apply for reimbursement, too.

The Blue Oval isn't the only automaker this year to have problems with sunroofs fallings out. In July, Audi recalled the 2007-2009 A8 and S8 for an issue with the adhesive application on the panel. Bentley followed things up with an identical campaign for the 2007-2009 Continental Flying Spur.

Ford also recalled the 2014-2016 Transit Connect and many other models in early September as part of a massive campaign to repair the door latches. The fix covered nearly 2.4 million vehicles because a part could break and allow the door to swing open while driving. The issue resulted in one accident and three injuries, which was in the total population of affected models not just the Transit Connect.

Ford Motor Company (Ford) is recalling certain model year 2014 Transit Connect vehicles manufactured October 4, 2013, to July 14, 2014 and equipped with a Panoramic Fixed-Glass Vista roof. The panoramic roof panel may have an inadequate bond to the vehicle, possibly resulting in the panel separating from the vehicle.

If the panoramic roof panel separates from the vehicle while it is being driven, it may increase the risk of a crash.

Ford will notify owners, and dealers will remove, clean, and reinstall the panoramic roof panel, free of charge. The recall is expected to begin October 31, 2016. Owners may contact Ford customer service at 1-866-436-7332. Ford's number for this recall is 16S35.

DEARBORN, Mich., Sept. 28, 2016 – Ford Motor Company is issuing one safety recall and one safety compliance recall in North America. Details are as follows:

Affected vehicles include certain 2014 Transit Connect vehicles built at Valencia Assembly Plant between Oct. 4, 2013 and July 14, 2014. There are approximately 2,592 vehicles affected, including 887 in the United States and 28 in Canada.

Dealers will remove, clean and reinstall the panoramic roof on affected vehicles at no cost to the customer.