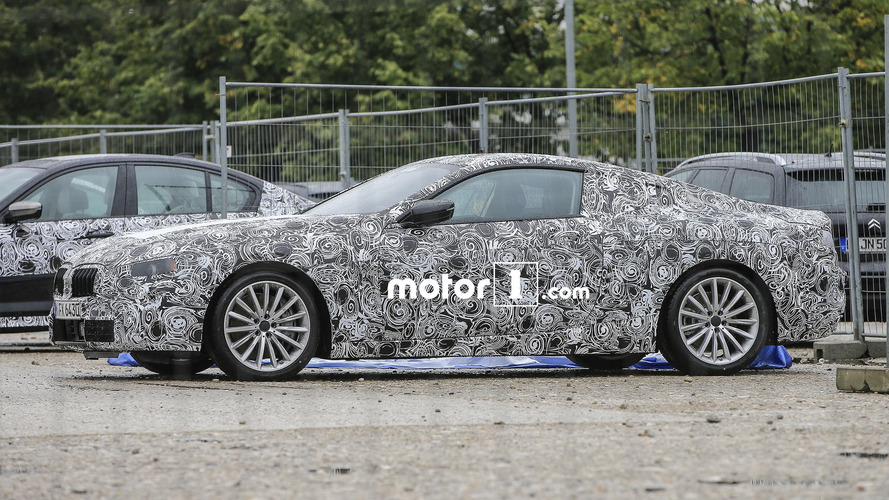 BMW could revive the M8 in the form of a 600-horsepower super coupe.

Last month we caught our first glimpse of the upcoming BMW 8 Series wearing camouflage and testing in Germany. Though it won’t make its debut until the 2018 or 2019 model year, early reports are already suggesting that a high-horsepower M8 could debut along with it.

The proposed M8 would feature either a 4.0-liter biturbo V8, or a more potent V12, and come with the choice of either rear-wheel drive, or an optional xDrive four-wheel drive setup. The two engines could produce as much as 600 horsepower each, and propel the M8 to 60 mph in “well under 4.0 seconds.” With that type of performance, it would be squarely in competition with cars like the Mercedes-AMG S63 Coupe, the Bentley Continental GT, and others.

As far as design cues are concerned, look to the Pininfarina-designed Gran Lusso Coupe concept for inspiration. The concept made its debut in 2013 and featured a wide kidney grille, sweeping headlights, and a sleek rear end. Expect many of those same cues to carry over from concept to production.

Inside, buyers will likely be greeted with things like gesture control systems for infotainment and an optional adjustable suspension throughout the range. Only the M8, though, will feature a highly-tuned suspension in line with the rest of the M range.

Alongside the high-performance M8, the 8 Series range could include as many as five different designations — the monikers 825, 830, 850, 860, and M850 have all been trademarked by BMW — including the possibility of a plug-in hybrid dubbed the 840e.

More details will be released closer to the car’s unveiling.