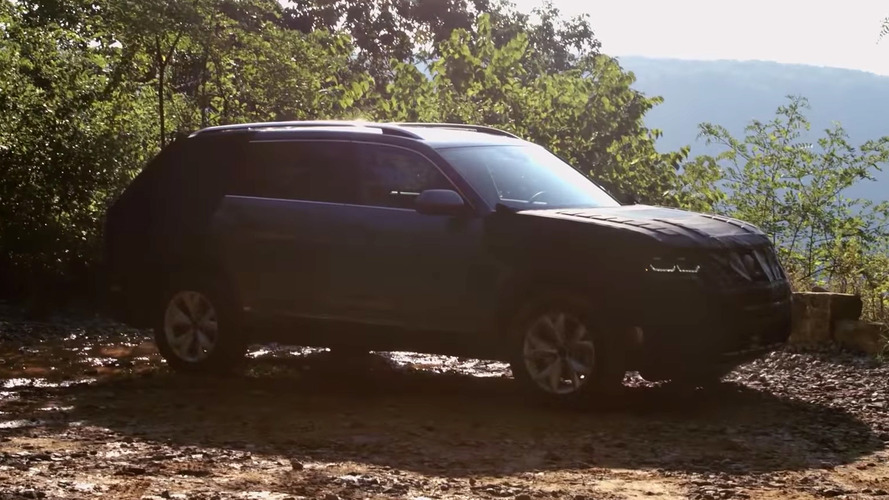 Volkswagen’s new three-row, midsize crossover that could bow at the Los Angeles Auto Show will be called ‘Atlas.’ That’s according to Automotive News, which reports that the name was specifically chosen for sale in the U.S. market. It’s a break from the company’s trend of SUV names beginning with T, with the Tiguan and Touareg.

Volkswagen filed a U.S. trademark for ‘Atlas,’ intended to be used on “Automobiles; engines for land vehicles,” on April 28.

The new crossover, pictured here in prototype form, is intended to help Volkswagen conquer the popular family-crossover segment in the U.S. It will be sized to directly compete with models like the Ford Explorer, Honda Pilot, and Toyota Highlander. The crossover will be built in Chattanooga, Tennessee, and should draw some styling inspiration from the CrossBlue concept of 2013. Engine choices at launch will comprise a 2.0-liter turbocharged inline-four engine rated at 238 horsepower (177 kilowatts), as well as an optional 3.6-liter V6 good for 280 hp (208 kw).

The Volkswagen Atlas could be shown as soon as the L.A. show in November. Production in Chattanooga could begin before the end of this year, with the model in dealerships by the second quarter of 2017.

Later, Volkswagen will also introduce a long-wheelbase version of the new Tiguan. It will be built in Mexico and will aim to compete with popular compact crossovers like the Honda CR-V.