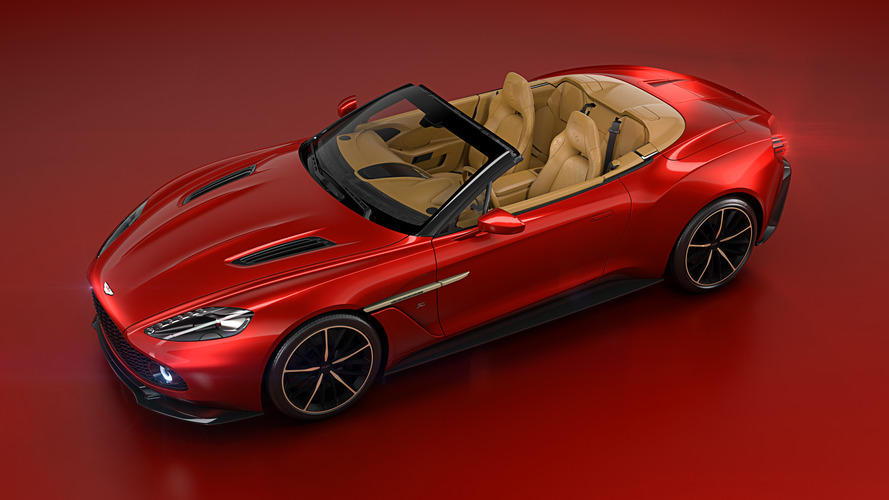 If you have the means to buy one, you'd better act fast since the order books will allegedly close on Monday.

As a result of “overwhelming customer interest for the previously revealed coupe,” Aston Martin announced some months ago the open-top Vanquish chiseled by Zagato will enter limited production of only 99 cars, just like its fixed roof counterpart. Should you want one and have at least $850,000 to spare, you’ll need to contact Aston Martin until October 10 and make a $150,000 deposit to get your name on the list.

Automobile Magazine has found out these details from sources close to Gaydon and they say customer deliveries of the Vanquish Zagato Volante will begin in about a year from now, so future owners must arm themselves with a lot of patience. Production of the carbon fiber-bodied beauty is expected to come to an end in early 2018. The coupe, which was probably more affordable than the Volante, will be the first to reach anxious clients, with deliveries scheduled to begin in the first quarter of 2017.

A follow-up to the equally gorgeous coupe, the Volante version will be powered by Aston Martin’s familiar naturally aspirated 5.9-liter V12 engine set to produce 592 horsepower (441 kilowatts) delivered to the rear axle through an eight-speed automatic gearbox from ZF. It’s going to be enough muscle to enable the car run from a standstill to 60 mph (96 kph) in 3.7 seconds, so it will two tenths of a second slower than the coupe due to extra weight. But with such a lovely design, who cares about sprint times?

For those who would rather wait for a different Volante based on an all-new model, the open-top DB11 is programmed to go on sale in the spring of 2018. Aston Martin has already released a teaser for its new convertible, one that might get AMG power thanks to Affalterbach’s biturbo 4.0-liter V8 mill set to be offered alongside AM’s newly developed biturbo 5.2-liter V12.