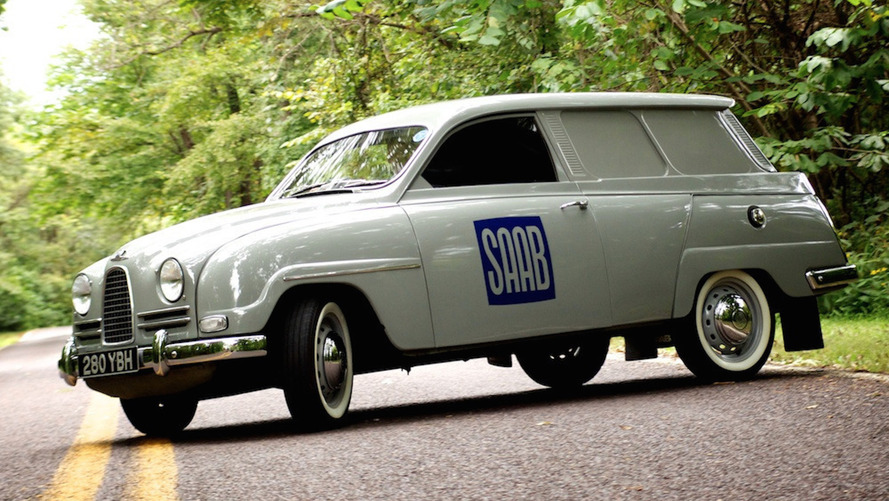 One of just three examples imported to the U.K., this 1962 Saab 95 Panel Van is currently up for grabs on eBay.

Saab is dead; long live Saab! Though we no longer have the luxury of going out and buying a brand new 9-3 or 9-5, the used market is always there to cater to our unnatural Swedish desires. In the latest of drool-worthy used Saabs, this 95 Panel Van is currently up for sale on eBay

The car was found in 1991 sitting in pieces. Its rescuer quickly got to work on restoring it back to like-new condition, before handing it off to a second owner in the late 90s to finish the job. The final result is what you see here. It wears a period-correct grey paint job on the exterior (with accenting Saab logo on the door panel), period-correct hubcaps and rear mudflaps, and even does away with the rear windows, as Saab intended.

This example was imported into the U.K. in 1962 by Saab Great Britain. It was used extensively as a service vehicle throughout the region, and was only one of only three examples equipped with right-hand drive and a column-shift, four-speed manual transmission.

Under the hood, the original 841cc three-cylinder, two-stroke engine has been restored to new. It produces a mere 46 horsepower - not that it needs any more than that - and handles that power via the aforementioned four-speed manual transmission located on the column.

Inside, the 95 has been given a two-tone red and ivory finish on the seats, with the ivory theme continuing on the dash and steering wheel. Of course, this panel van only has room for two — the rear acts as a cargo space, with the appropriate separation in between the two front seats and the rear.

For what it’s worth, this car sold at auction earlier in the year for $16,775. Meaning it shouldn't break the bank if you do decide to add it to your collection.