Hamilton: Troubled season a "test of my spirit" 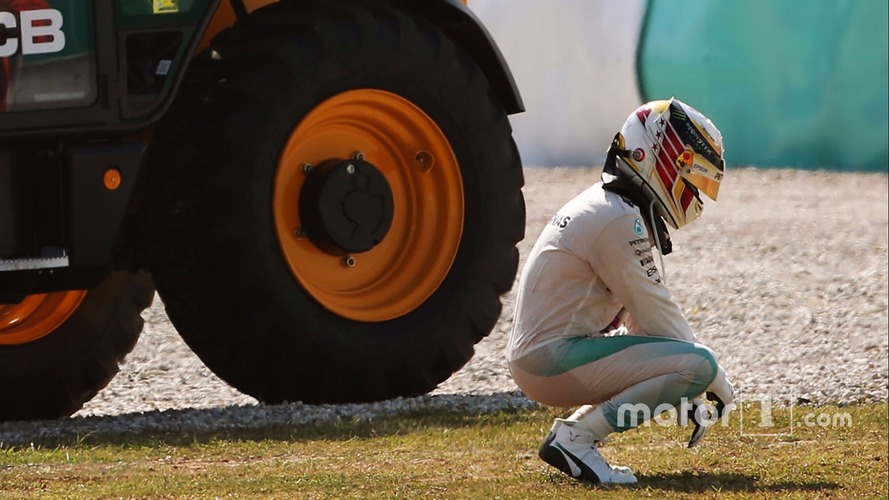 Lewis Hamilton believes his latest Formula 1 setback is a test of his will and character to keep on fighting, as he vows not to cave in and give up on his title hopes.

The Mercedes driver looked on course for a brilliant victory at the Malaysian Grand Prix, one that would have moved him to the top of the drivers’ standings, before an engine failure forced him out.

Having made clear that he suspects a ‘higher force’ is making life difficult for him, Hamilton countered that he felt he was being challenged to dig deeper so he could overcome the difficulties he is in right now.

“Whilst it feels the struggle is real right now, and it has been this year. I honestly feel it is constantly a test of will,” he explained. “It is a test of my spirit and who I am as a person to get back in and keep fighting it head on.

“It is not how you fall: it is how you get back up. And that doesn’t just apply to me, but also my guys as well. I saw tears in the eyes of my mechanics, so I know we all bear the pain.

“It is how we regroup, and we have to bear in mind what we have already built. And while in the short term it does not look good, there are still lots of positives to go and still five races.

"I don’t know if my two engines are going to make it but I can only hope – and if I perform as I performed this weekend, then there is still everything to play for.”

Hamilton said the feeling he has right now reminds him of what he went through in the days after the Spanish Grand Prix, when he had retained a 43-point deficit in the wake of a collision with teammate Nico Rosberg.

“We had the problems in the first part of the season and you always have the feeling that it is slipping through your fingers and there is nothing you can do about it,” he explained.

“Then we had a spate of good results and a bunch of more difficult results, so it is a similar kind of feeling that I have, back in Barcelona.

“I have no idea what is going to happen in the next five races. All I can do it do what I did this weekend: come concentrated, be as focused as I can possibly be, put in performances like I have done this weekend and pray that God pulls together. I still have faith in God and that is a powerful thing.”

Having claimed that comments after the race that ‘someone’ did not want him to win the championship were a reference to a ‘higher force’, Hamilton also said that he would have to accept it if circumstances played out and he did not win the title.

“If the higher power does not want me to be champion, with everything I have given towards it, I will have to accept that,” he said.