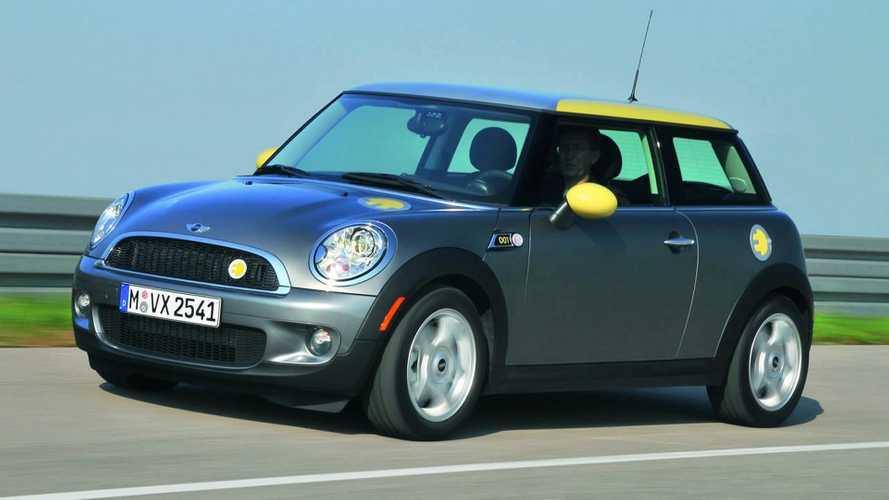 The electric models help BMW keep up with competitors like Mercedes-Benz and Volkswagen Group.

BMW’s electric vehicle range will grow much larger in the coming years because the German brand will eventually add EV versions of the next-gen X3 and models from Mini to the lineup. The company won’t talk specifics about the new additions yet, but the new Mini EV will arrive in around three years, an anonymous company official told Reuters.

BMW currently has the next-gen X3 under development, and the crossover likely debuts next year in time for the 2018 model year. Don’t expect the newly announced EV to be part of the launch lineup, though. We don’t know of any test mules for it yet, so the greener version is probably still a few years away.

We also wouldn’t be surprised if BMW revives the Mini E moniker for the new model from its less expensive brand. The original (pictured above) debuted in 2008 as part of a market test program for electric vehicles, and they were only available for lease. The 150-mile (240 kilometer) range was pretty good for EVs at the time. Many of those people liked the hatchback so much, they kept the vehicle an extra year.

BMW is being very careful about its future EV strategy. For example, the company sent just one top executive to the recent Paris Motor Show. The rest held a meeting that hammered out a master plan for launching electric models. There was reportedly a rift among the bosses over how much to invest in the technology after slow sales for the i3 and i8.

BMW’s major rivals aren’t hesitating to invest in EVs, and they previewed the future at the Paris Motor Show. Mercedes-Benz revealed the Generation EQ concept as a luxury crossover with 402 horsepower (300 kilowatts) and 516 pound-feet (700 Newton-meters) of torque. In contrast, the VW ID Concept imagined a more affordable model that could go on sale by 2020.