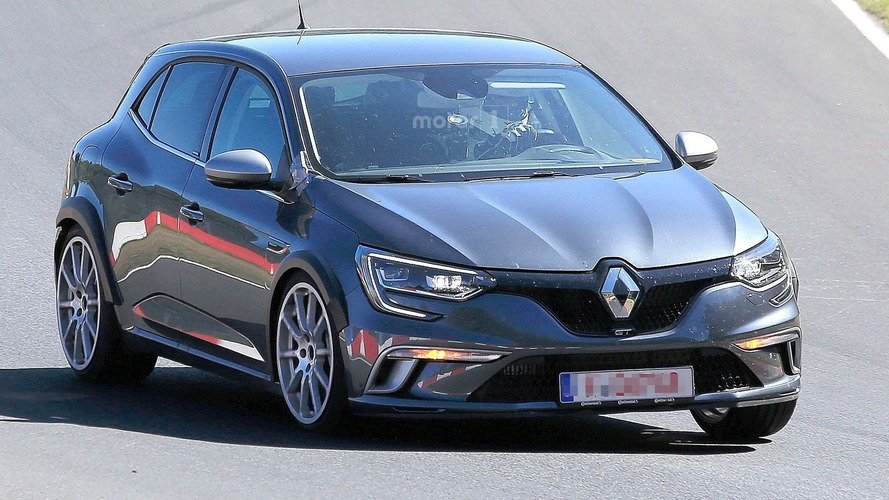 The six-speed manual transmission will have rev-matching technology developed by Nissan for the 370Z, but adapted for this new application.

With production of the coupe-only Megane RS coming to an end recently, Renault is now focusing on its replacement set to take the shape of a five-door hatchback. It has already been spotted hiding underneath a modified Megane GT body, and now we are able to bring some preliminary technical details disclosed by a source close to Renault cited by the Australian folks at Motoring.

Power is going to be provided by an all-new turbocharged 2.0-liter engine, and purists will be happy to hear it will be linked as standard to a six-speed manual gearbox featuring rev-matching technology adapted from the Nissan 370Z to enable optimal shifts. Tests conducted by Renault have shown it will enable the hot-hatch to be quicker in the 0-62 mph (0-100 kph) sprint than the version fitted with the heavier dual-clutch automatic transmission, even though the latter will have launch control. That being said, the optional auto set to be offered at an additional cost will still be the transmission of choice for going quicker around a track.

Just like the warm GT version, the new range-topping edition of the fourth-gen Megane lineup will have four-wheel steering, but in the case of the RS it’s going to be offered as optional kit whereas on the GT it comes as standard and you can’t remove it. Renault’s engineers believe the handling benefits brought by proprietary 4Control system are going to offset the weight penalty believed to stand at around 40 kilograms (88 pounds).

Weight is actually a big concern at Renault Sport since the Megane IV is not only longer and wider than its predecessor, but in RS guise it will be available as a five-door hatch whereas the old one had a three-door coupe body style. Engineers are trying to come up with measures to offset the extra weight caused by RS’ increased footprint and the added rear doors, as well as the extra safety equipment brought by the fourth generation. The implementation of unspecified lightweight materials appears to be a solution at this point to keep the weight down, but that doesn’t necessarily mean the new Megane RS will use carbon fiber in its construction.

Despite rumors of going all-wheel drive, the next Megane RS will soldier on with a FWD layout and is going to be offered with Sport, Cup and Trophy suspension tunes like its predecessor and will also have optional adaptive dampers. Speaking of a FWD setup, Renault will allegedly unveil the car at the 2017 Frankfurt Motor Show in September when the model will debut with a new record for the quickest front-wheel-drive car around the Nürburgring. As a reminder, the current “Lord of the FWD ‘Ring” is the VW Golf GTI Clubsport S with a time of 7 minutes and 49.21 seconds.