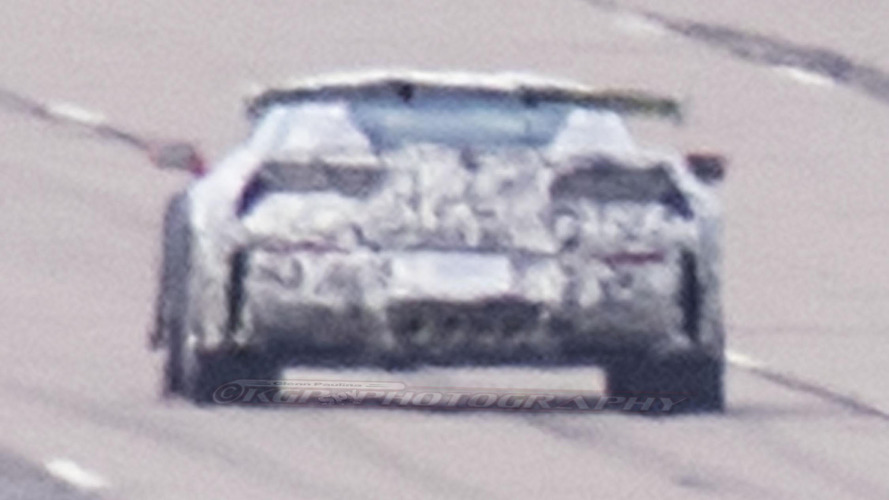 For the second time, General Motors has filed an application to register the “LT5” trademark with the United States Patent and Trademark Office.

The second trademark application follows the one made back in 2013 and comes to refuel rumors the new LT5 unit will be used for the first time in the upcoming Chevy Corvette ZR1 (C7). The registration was made on September 19 with the USPTO and according to the filing it will be used to name “Engines for automobiles, sport utility vehicles, trucks and vans.”

Let’s not forget GM filed a trademark application to secure the rights to the “ZR1” name on May 16 with the USPTO, so it wouldn’t be too far-fetched to assume the two registrations are linked. While the 6.2-liter V8 LT4 engine inside the 650-hp Corvette Z06 is supercharged, some are saying the LT5 for the Corvette ZR1 is going to be an all-new development and will adopt a biturbo setup to deliver more than 700 horsepower (522 kilowatts).

The long-awaited Corvette ZR1 is expected to be unveiled at a major auto show next year, possibly as early as the North American International Auto Show in Detroit set for January 2017. It should go on sale several months later as a 2018MY and serve as the flagship model of the C7 generation.

Another application for GM’s brand new LT5 unit might be in the mid-engine Corvette C8, which as the spy photos above are showing, has already been spotted testing undergoing testing. Purists will be sad to hear the new motor will allegedly be linked exclusively to a seven-speed dual-clutch transmission, as Chevy’s engineers are ruling out a manual gearbox. The official premiere of the C8 is reportedly set for the 2018 NAIAS, prior to a market launch as a 2019MY.

Further down the line, the LT5-powered Chevy Corvette might be joined after the end of the decade by an all-electric derivative dubbed “Corvette E-Ray” as indicated by yet another trademark filed late last year.