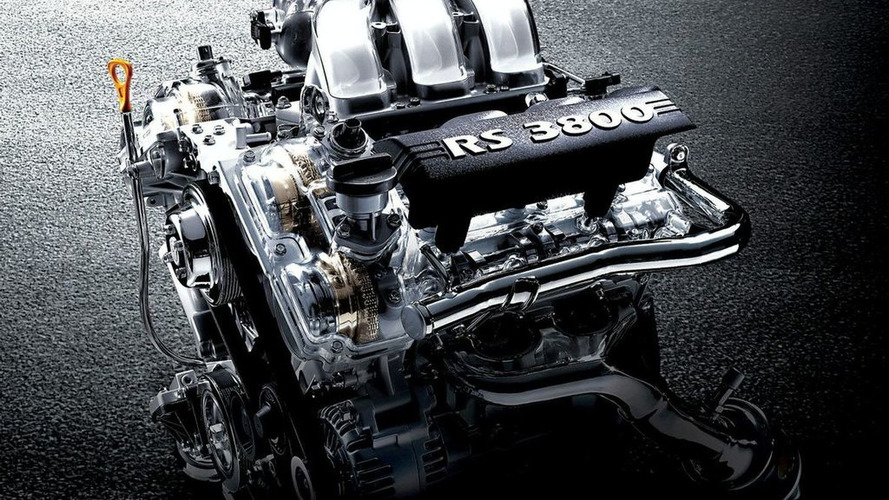 Hyundai has announced a revised 3.8-liter Lambda V6 engine to be first introduced to the Genesis Coupe this month in Korea

Set out to better accommodate the Genesis Coupe's low hood line, the RS edition features a major redesigned of the intake and exhaust system resulting in a 5cm lower engine height. The exhaust manifold was optimized for reduced resistance which maximizes high speed performance and yields a sporty exhaust note. At the same time, the diameter of the intake port in the ETC (Electronic Throttle Control) module was enlarged to improve engine breathing.

Attention was also paid to stiffening the aluminum engine block so it could endure higher stresses while a piston cooling jet was added under each cylinder to reduce thermal loading and prevent heat damage. A further boost in performance was attained by adopting more aggressive camshaft profiles on the Continuously Variable Valve Timing system which governs both the intake and exhaust valves.

No word yet if the RS engine will make it into the North American Genesis Coupe prior to its market launch in spring 2009. The Lambda RS will come with a choice of transmissions: six-speed automatic or a six-speed manual.