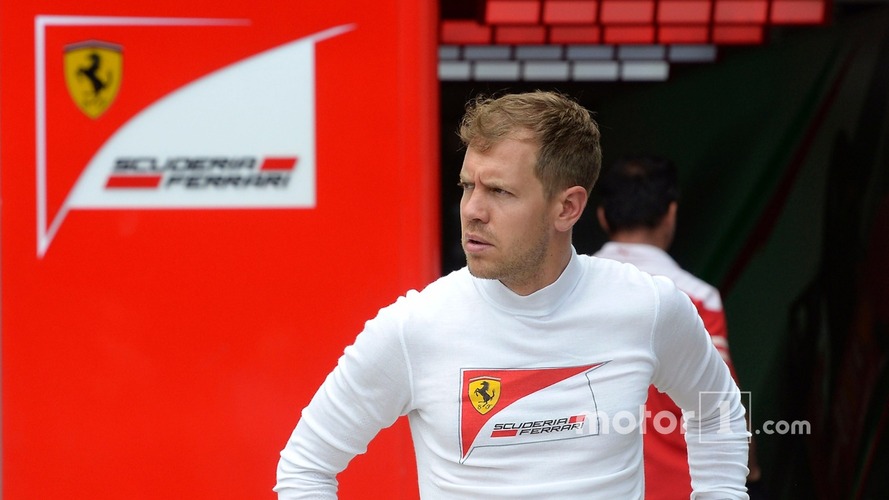 Sebastian Vettel will lose three places on the grid of the Japanese Grand Prix after being hit with a penalty for his opening lap crash in Malaysia.

The Ferrari driver crashed into Nico Rosberg's Mercedes at Turn 1 after diving down the inside of Max Verstappen's Red Bull on the opening lap of the race.

The contact sent Rosberg into a spin that dropped him to the back of the field, while Verstappen had to take evasive action and lost positions.

Stewards deemed Vettel was at fault and handed the Ferrari driver a three-place grid drop for the Suzuka race next weekend.

"Having thoroughly reviewed the video and having spoken to the driver concerned, the Stewards determined that although the cars involved in the incident were all moving at relatively similar speeds, the driver of Car 5 made a small error entering to the inside of turn 1 that led to the contact with Car 6," the stewards said.

"As a consequence, Car 6 was caused to spin from second place and loose multiple positions, which the Stewards determined was predominantly the fault of the driver of Car 5 and therefore ordered the penalty above for causing a collision."

Vettel had said after the incident that he had not braked later than Verstappen, who labelled the move as "ridiculous".

"If anything I was braking the same point as him [Verstappen]," said Vettel. "I was going side-by-side, he was squeezing me down to the inside. It's racing.

"I think both of us will make the corner, not a problem. Obviously, Nico decided to take a different line, he's ahead, he's got nothing to do with it and doesn't have to bother what people are doing behind."