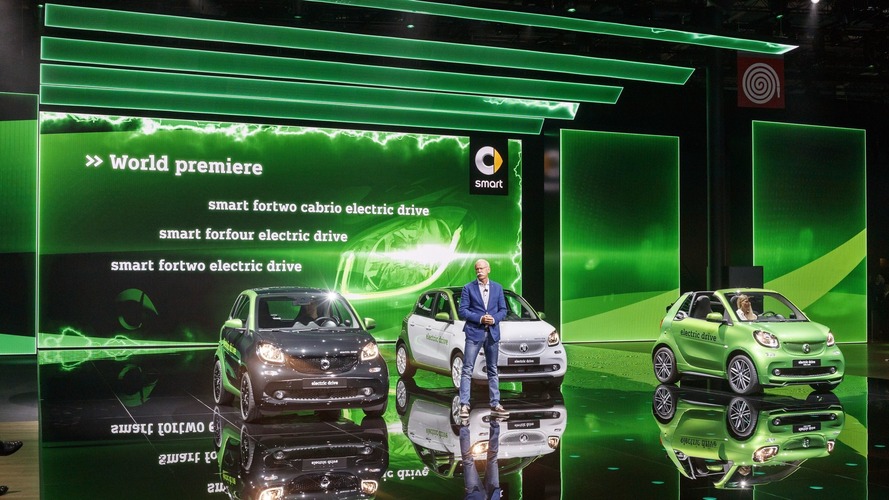 Smart is showcasing in Paris its trio of Electric Drive models, ahead of an European market launch in the spring of 2017.

Range anxiety is becoming less of an issue with Smart’s new family of Electric Drive models that can do 99 miles (160 kilometers) in the case of the ForTwo Coupe, while the slightly heavier ForTwo Cabrio and the ForFour are both rated at 96 miles (155 km). To be fair, both figures are based on the New European Driving Cycle, which we all know is overly optimistic. Nevertheless, it’s an improvement over the older models, and recharging will be less of a hassle than before since the time necessary to fill up the battery pack has dropped to only two and a half hours. That’s two times quicker than before, and from next year Smart will launch an optional fast charger further slashing the charging time to less than 45 minutes.

Regardless of the body style you go for, all three Electric Drive models are going to share the same 17.6-kWh lithium-ion battery and an electric motor developing 81 hp (60 kW) and 118 lb-ft (160 Nm) of torque. The quickest of the bunch is the ForTwo Coupe, with a sprint to 62 mph (100 kph) taking 11.5 seconds. The open-top model needs an extra 0.3 seconds, whereas the first-ever ForFour ED will complete the task in 12.7 seconds. All three of them will be able to max out at an electronically-capped 81 mph (130 kph).

Smart has already announced pricing for the German market where the coupe begins at €21,940, followed by the ForFour at €22,600, and the ForTwo Cabrio at €25,200. There is also going to be a special version called “Greenflash” (pictured above) from €27,839 only for the coupe and cabrio with a bunch of electric green accents both inside and out.

The Daimler-owned marque says it will have the coupe and cabrio on sale in United States in three months, with European markets to get the two and the more practical ForFour ED in the spring of 2017. 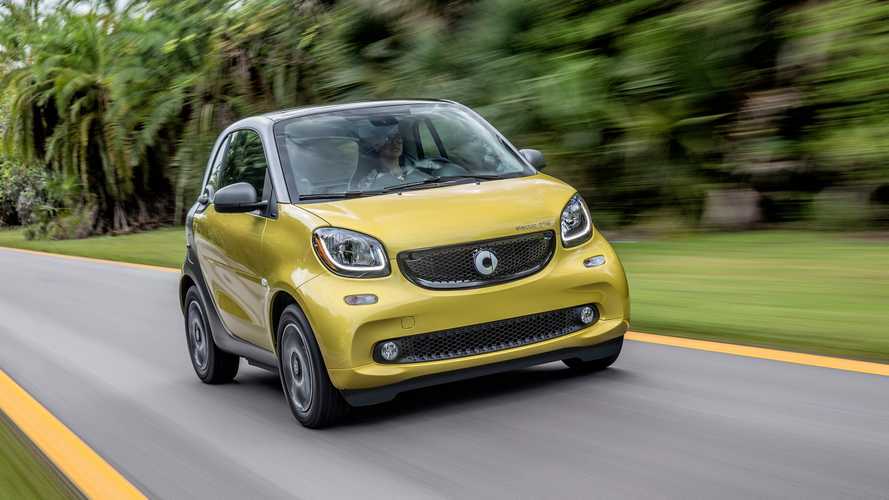