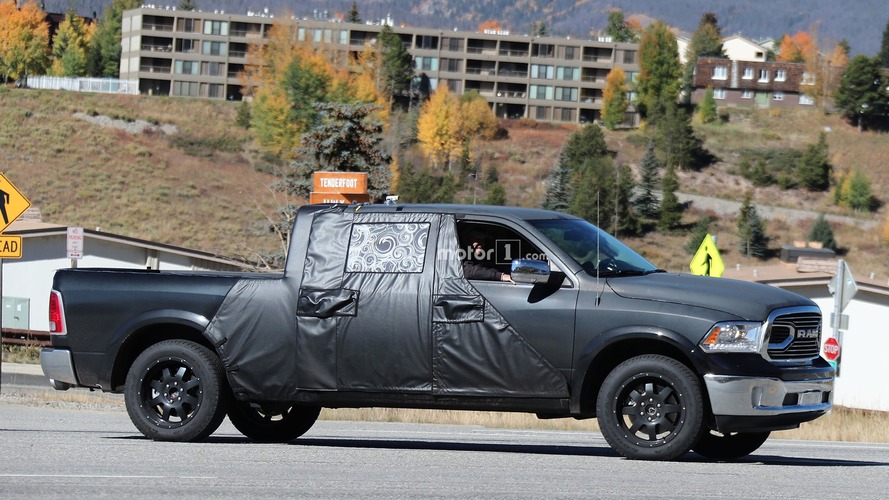 These trucks offer more room for people inside while still carrying junk in the bed.

Ram already offers the Mega Cab body style on its heavy-duty 2500 and 3500 trucks, but these spy shots suggest the larger cabin is under development for the 1500 model, too. There are even a few photos of the interior where it’s clear that this mule is still far from production ready.

On the heavy-duty models, the Mega Cab adds a few extra inches onto the regular Crew Cab, which means more room inside – especially for rear passengers. The seam where Ram lengthens the cabin is still visible in this 1500 test mule. Looking at the exterior camouflage, you can also see this body style’s additional room in the space between the rear window and where the door closes. The upgrade looks small on the outside, but for families that prioritize hauling people on the inside as much as loading up the bed, the extra area is a big help.

Other than the camo for hiding the new body style, the rest of this truck’s exterior is the same as the current Ram. However, the well-disguised interior lends support to a report that the Ram 1500 gets a major update in 2017.  The engineers keep the center stack hidden, but an infotainment system layout like the latest Pacifica appears to be under the camouflage. The covering over the steering wheel and instrument panel hint at big changes there, too.

The pickup truck market is incredibly competitive in the United States, and brands constantly look for an edge in the segment. The combination of more available room and improved tech should help Ram keep up the fight against Ford, Chevrolet, and GMC.

Ram product plans indicate that after the big update in 2017 there’s a new generation on the way a few years later. Even basic versions would have much better emissions, and newly availably powertrains, including mild hybrid, would give customers even cleaner options.