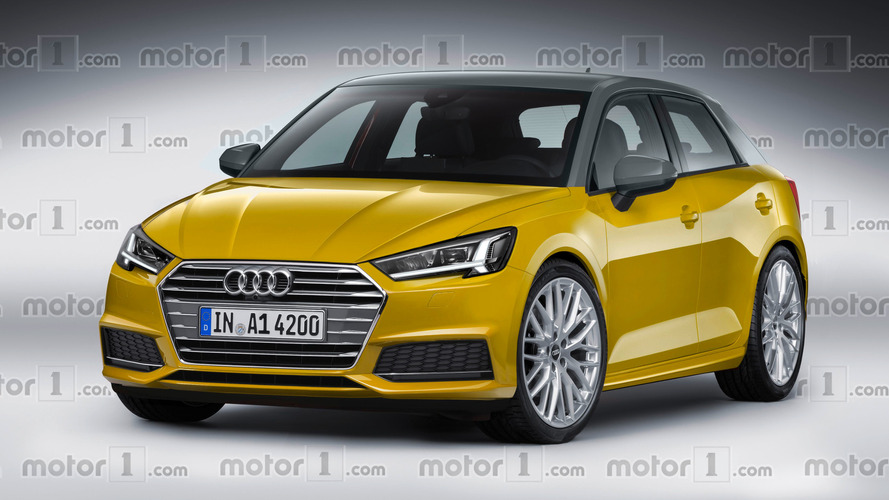 Audi's smallest car will make the transition to a new generation in 2018 and today we're attempting to imagine how it's going to look.

The A1 Sportback has been on sale for more than four years, with a mid-cycle update launched towards the end of 2014, but it won’t be until 2018 when an all-new model will be introduced. That’s why details about the second installment of Audi’s supermini are scarce at the moment, although recent reports are indicating the folks from Ingolstadt have plans to push the A1 more upmarket.

The next-gen A1 is OmniAuto’s render of the week, with a design taking cues from recent products from the company with the four rings. Up front there’s an A5-inspired fascia while the side profile has been influenced by the first-ever Q2 subcompact crossover. It will be interesting to see whether the standard A3 will live to see another generation taking into account sales of small cars with three doors are declining. We won’t be surprised if the new A1 will be sold exclusively as a Sportback since Audi is probably thinking there might not be enough demand for the three-door body style to justify the costs.

In terms of the underpinnings, the new A1 will ride on the smallest configuration of the Volkswagen Group’s flexible MQB platform and will share many of the components with the next-gen VW Polo and the Seat Ibiza, both of which are due to go on sale in 2017. An assortment of three- and four-cylinder turbocharged gasoline and diesel engines are going to power Audi’s next little car, and most likely a plug-in hybrid is on the agenda as well. The spicy S1 should be back to sit on top of the range, while chances of an RS1 are slim taking into account the current model isn’t available in this specification, nor will get a full-blown RS version before its demise.

Unlike the current model made by Audi in Brussels, Belgium, the next A1 will actually be assembled by Seat at its Martorell factory in Spain where the Q3 crossover is also being put together. Production is scheduled to begin in 2018, so most likely Audi’s smallest car in its second iteration will go on sale as a 2019MY.