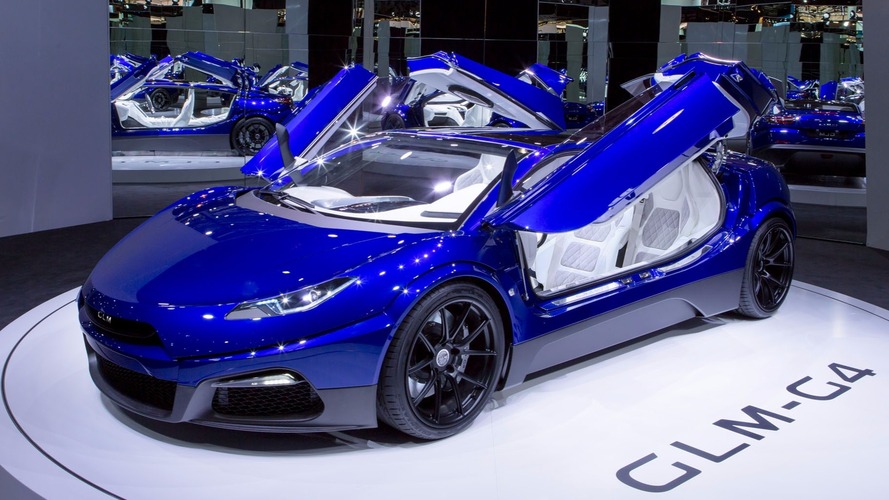 The car was once known as the Savage Rivale Roadyacht GTS.

It seems like an EV start-up turns up at every single auto show, with an ambitious, electric supercar, these days. This week’s Paris Motor Show is no different, Japanese company GLM displaying its four-seat, four-door G4.

Anyone who pays particularly close attention to automotive start-ups will know that the G4 actually started life as the awkwardly-named Savage Rivale Roadyacht GTS. Revealed in 2009, designers Emile Pop and Justin de Boer hoped to start building the Roadyacht in 2011, but failed to generate any interest in an already-crowded market.

GLM (Green Lord Motors - really!) stepped into the breach, ditched the Roadyacht’s GM-sourced V8 motor and re-engineered the car to accept an electric powertrain. Details are sketchy, but according to Autoblog.nl, the G4 features two battery packs, one at each end of the car. There’s no indication if that means it’s four-wheel-drive.

The G4’s body has been redone as a conventional hardtop, as well, doing away with the Roadyacht’s overly complicated, multi-piece retractable roof. But it retains the four upward-hinging doors.

GLM was founded in 2010 with backing from former Sony CEO Nobuyuki Idei. Previous to the G4, it built an electric version of the Tommy Kaira ZZ, which fans of Gran Turismo will know as a sort of Japanese Lotus Elise.

Interestingly, the press release for the G4 states it is “a new concept which is not an extension of existing internal combustion vehicles”. That suggests there is no formal link between GLM and Savage Rivale, which has given up its ambitions to become an automaker to concentrate on design work.

There’s no word on when the G4 might reach production. If it does, it will face competition from Rimac, Faraday Future, and NextEV.