Mercedes pickup will not be sold in North America 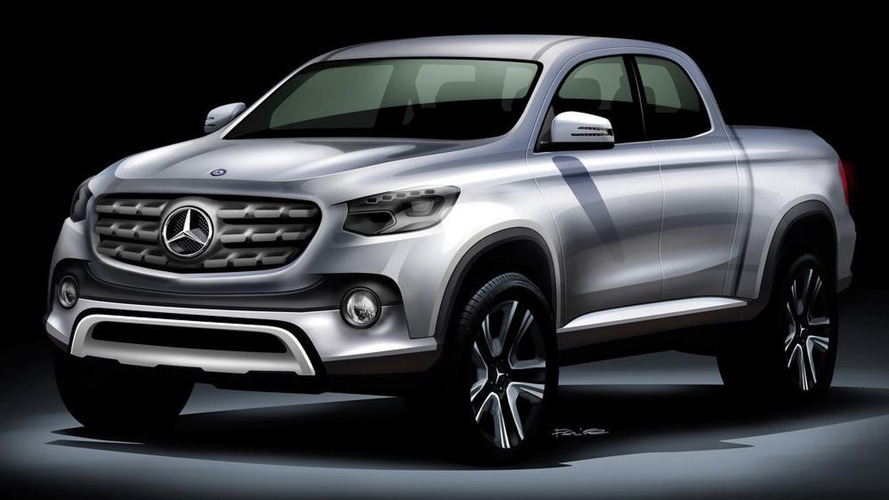 It's not just a rumor - it's officially official.

Until now it was believed Mercedes-Benz’s first pickup truck in history could be offered in the United States, but official information from… well - Renault, confirms the Nissan Navara-based model won’t make it stateside.

The French manufacturer released a press release detailing the cooperation between Daimler and Renault-Nissan Alliance. The company announced the partnership “is maturing as it enters its seventh year in 2016.”

But what’s more interesting, Renault says the new one-top pickup of Mercedes will be designed by Daimler “to meet the specific needs of its customers in Europe, Australia, South Africa and Latin America," without a single word about the North American market.

We already know it won’t be a “fat cowboy truck,” but a “real Mercedes” and a "truly premium" product. The new pickup will be manufactured at Renault’s plant in Cordoba, Argentina, and at Nissan’s Barcelona plant in Spain, where the Nissan NP300 Frontier and the Renault Alaskan will also be produced.

Mercedes already announced its version of the pickup trio will be significantly different than the Navara with distinctive design, higher quality materials, and more optional features. As a consequence, it will be more expensive than its Japanese and French brothers, and other key players in the segment, such as the Ford Ranger and Volkswagen Amarok.

At this point, it’s not clear whether Mercedes will use its own engines to power the pickup or it will ask its partners Nissan and Renault for help. While a base variant with the Navara’s 2.5-liter turbodiesel sounds like a reasonable option, a range-topping model with a V6 3.0-liter turbodiesel with 258 horsepower (190 kilowatts) and 457 pound-feet (620 Newton meters) of torque is also a possibility, according to reports from earlier this year.

Renault says Mercedes-Benz will provide further insights into the new pickup truck’s design, strategy, and markets in October this year. Hopefully, we will get more information about its powertrains until then, so stay tuned.

PARIS – The strategic partnership between the Renault-Nissan Alliance and Daimler AG is maturing as it enters its seventh year in 2016, the companies’ leaders said today in their annual media update during the Paris International Motor Show.

“The partnership between Daimler and the Alliance has grown and matured,” said Carlos Ghosn, Alliance Chairman and CEO. “It is based on a spirit of cooperation and trust that has strengthened over the years. The results have clearly benefitted both partners. By sharing development and production costs, we have been able to enter new segments and offer our customers more compelling vehicles with the latest technology and features at more competitive prices.”

Dieter Zetsche, Chairman of the Board of Management of Daimler and Head of Mercedes-Benz Cars, added: “Over the last seven years we’ve established a partnership that extends from parts to platforms, from co-development to co-production and from cars to commercial vehicles. And we did so in project-oriented, diverse teams that share competences across continents. They are driven by the best ideas – may they originate in Paris, Stuttgart, or Yokohama. So, our future cooperation continues to hold great promise.”

Major milestones of the past year include:

When the Daimler-Alliance partnership was launched in April 2010, the scope of the original collaboration was limited to three projects, primarily in Europe. Since then, the combined portfolio shared between the partners is growing in all fields (products, engines and cross-supplying) in Europe, Asia and the Americas.