The second-generation XF is about to get more practical, as Jaguar has announced the midsize sedan will spawn a wagon version next year.

With an abundance of crossovers and SUVs, the car world certainly needs more wagons. Jaguar through the voice of its Sales Operations Director, Andy Goss, has announced this week at the Paris Motor Show the XF range will grow next year with the addition of a Sportbrake model. Work on the new member of the family is well underway and prototypes are already on U.K.’s roads undergoing testing to make sure everything will be ready for the model’s market launch scheduled for 2017.

We will likely see the car as early as March at the Geneva Motor Show, with sales to kick off in the second half of the year. As you would imagine, it’s going to have just about the same array of engines as the sedan from where it will also take the optional all-wheel drive setup and most of the hardware.

With the XF Sportbrake being a wagon, many people will certainly want to find out details about its cargo capacity. Jaguar has not provided any details about the trunk’s size, but it could increase a bit over the old model’s 19 cubic feet (550 liters) with the rear seats in place and 59 cu. ft. (1,675 liters) once folded. 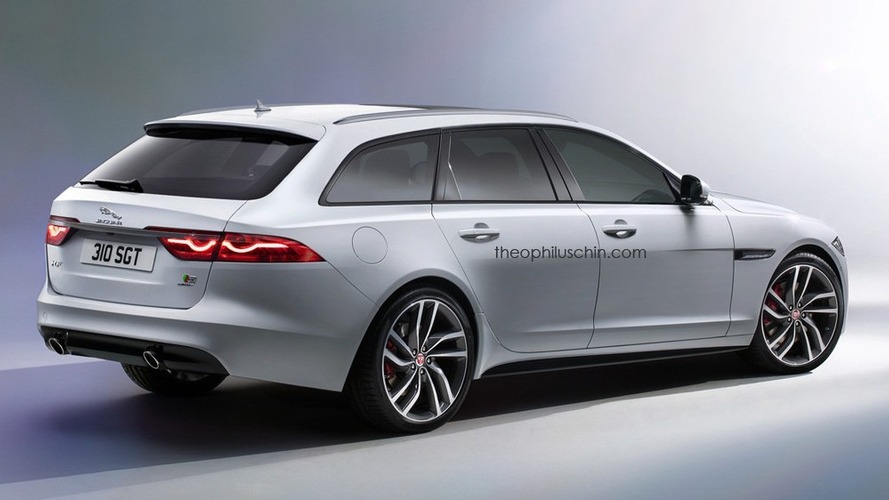 It goes without saying the boosted practicality brought by the Sportbrake will command a premium over the sedan, but it’ll be well worth the financial effort. An XE Sportbrake would also be a more than welcomed addition to Jaguar’s lineup for some people, but unfortunately it’s not going to happen. Speaking with Auto Express, Andy Goss said the XE will not receive a wagon version to take on the German trio: BMW 3 Series Touring, Audi A4 Avant, and Mercedes C-Class Estate.

The XF Sportbrake is only one of the new models in the pipeline from Jaguar for 2017, with “more additions” scheduled for next year’s market launch. Goss went on to specify the company’s desire to further broaden the availability of AWD across the range as way to make sure the cars are going to be “perfect for all markets and all weathers.”

As a refresher, the latest addition to the XF family is the XFL, a long-wheelbase derivative launched earlier this year exclusively for the Chinese market where rear legroom is all the rage.