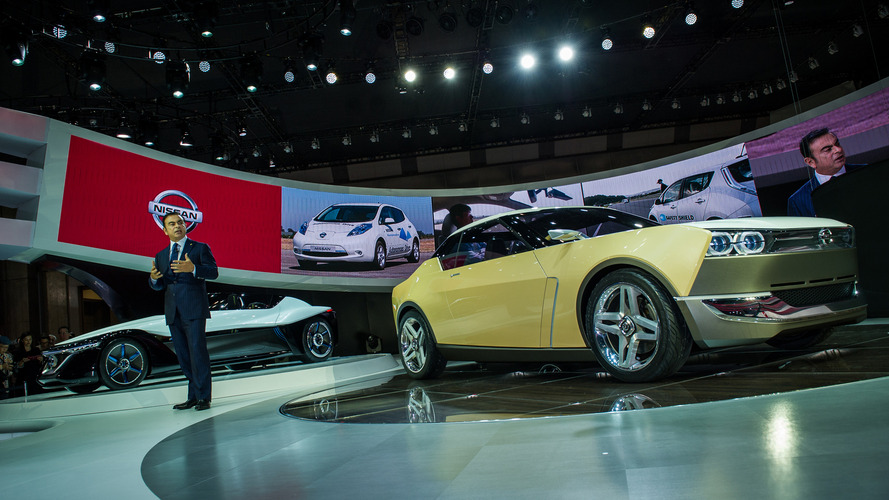 Plus, new battery tech could mean a longer-range EV in the States.

Despite the auto industry’s huge shift in recent years toward crossovers, electric cars, and autonomous technology, the sports car still has a rich future. That’s what Carlos Ghosn says, at least. During a press conference at the Paris Motor Show this week, the Renault-Nissan boss assured members of the assembled media that – for Nissan, anyway – sports cars are “very important for the brand.”

“There is a kind of contradiction” concerning these cars, says Ghosn. Hotter models “represent 90 percent of media coverage” but only account for about “10 percent of sales.” Still, these cars are important to Nissan – “they are flagships,” Ghosn says, and are “very important for the storytelling.”

But you wouldn’t immediately notice this commitment to sports cars based on Nissan’s current product lineup. The GT-R continues to get incremental updates every couple of years, but it’s largely been the same car for almost a decade. Ditto the 370Z, which has been on the market in its current form since 2009. What’s more, prospective sporty offerings like the IDx concept have been shelved. But hey, at least we’ve got that Juke Nismo, right?

Still, all that aside, Ghosn is positive about the future of this segment. “We’re going to continue to develop” sports cars, he assures the media.

Of course, that isn’t to say there aren’t bigger priorities. Electric vehicles, for example, are hugely important to Ghosn, and we’re seeing a big step forward in Renault-Nissan’s electric efforts in Paris – the Zoe EV gets a 41-kWh battery back. In the New European Driving Cycle, the Zoe ZE 40 is rated at 250 miles (400 kilometers), though Renault says the real-world mileage is closer to 186 miles (300 km). That’s still darn impressive – the current Zoe with its 22-kWh pack is good for about 106 miles – and could mean good things for U.S.-market EVs, as well.

Answering a question about the Leaf, Ghosn confirms “this technology will be available in due time for Nissan products. … This know-how will be shared with Nissan.” While that doesn’t necessarily mean we’ll see a longer-range Leaf in the near term, this jives with earlier reports that a sub-Leaf EV will come to market based on the Zoe.

So while Ghosn remains committed to sporty offerings, he remains adamant that electrification is the future. "I don’t think you can seriously compete in this industry without electric cars."