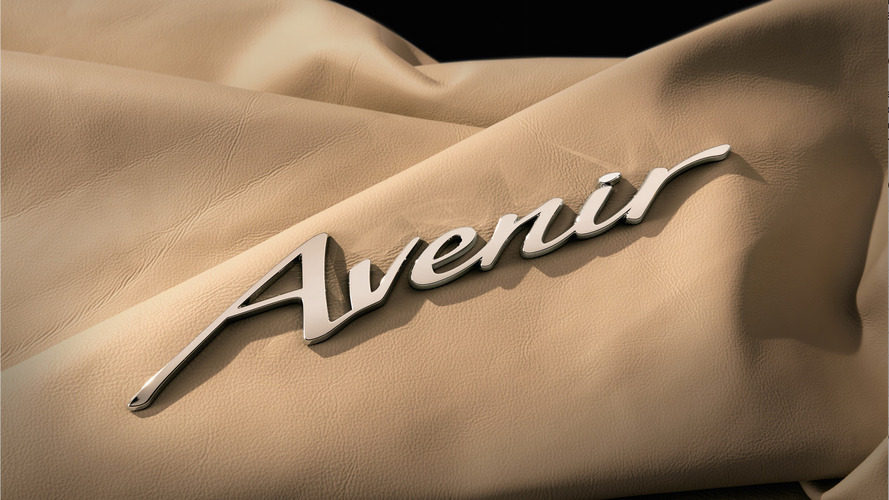 A new name for a fully loaded Buick.

GMC has Denali, Cadillac has the V Series, and now Buick has Avenir. GM's near-premium brand has announced plans to launch its own luxury sub-brand that is the “highest expression of the luxury experiences we're delivering now and in the future,” according to Duncan Aldred, Vice President of Buick Global Sales, Service, and Marketing.

Aldred's comment certainly invites comparisons with Denali. And based on Motor1's conversation with PR man Stuart Fowle, it sounds like Buick's execution is going to be similar, too. But there will be necessary differences. Fowle indicated, for example, that we aren't likely to see an Avenir-badged Buick rub up against the $70,000 mark the way the GMC Yukon Denali does.

“I wouldn't expect to aim that high with where we are in the segment,” Fowle said, referencing the Yukon Denali's price. He was similarly coy about which Buicks would get the Avenir treatment.

“Denali started as a single product on the Yukon, with a special package, and it's grown to be all the way across the lineup,” Fowle said. “If you look at Enclave specifically, 90 percent of customers are already doing the top two trim levels, so we're seeing that as a great sign that this is where we need to go. But the percentages aren't quite there for some of the other products.”

While Fowle wouldn't offer particulars on which models Buick's new range-topping trim level would come to, he did hint at what customers could expect, using the LaCrosse as an example.

“If we're going to talk LaCrosse, what you should expect with a LaCrosse Avenir, if you went into a dealer today and said ‘I want the LaCrosse loaded up with everything,' tomorrow, it'll be ‘I want the LaCrosse Avenir,’” Fowle said. “You should expect that it has everything that the other trim levels would have, and then it has all this special equipment, too.”

That will likely take the form of material and aesthetic changes that draw inspiration from the Avenir and Avista concepts. In fact, Fowle specifically cited the latter's “3D mesh grille” and wheel design as future Avenir traits. So if you're disappointed that the lovely two-door that introduced the Avenir name still isn't in production, be happy knowing that at least some of its style will influence future models.

While all we have to go on right now is the badge you see above, that won't be the case for long. According to Fowle, Buick will introduce three different Avenir models globally over the next 18 months, with “a couple of those in the next six to nine months.” We're looking forward to seeing what Buick can come up with.

DETROIT – Across continents, a growing set of new customers are discovering unexpected and attainable luxury experiences from Buick. Soon, those customers will be introduced to a new Avenir sub-brand designed to grow with the needs of future luxury buyers.

The Avenir sub-brand is inspired by Buick’s evolving customer base. The brand has grown quickly with female buyers, and one in two Buick customers today are coming from competitive brands. They’re expecting a high-end experience and premium quality. For example, 90 percent of Enclave buyers purchase one of the top two trim levels.

This year, an unprecedented number of new global products such as the Envision compact SUV and the 2017 LaCrosse sedan offer an elevated luxury experience that’s encouraging new car buyers to reassess what they know about Buick.

“Through the first half of 2016, Buick has been the industry’s fastest-growing major international brand, and Avenir is key to future growth and delivering on the high expectations of new customers coming to our showrooms,” said Duncan Aldred, vice president of Global Buick Sales, Service and Marketing. “Avenir will be Buick’s signature. The highest expression of the luxury experiences we’re delivering now and in the future.”

The name “Avenir,” French for “future,” is taken from the award-winning concept sedan from 2015. That concept and this year’s Avista coupe concept — from which the new sub-brand borrows its grille pattern — have served as guideposts for designers sketching and modeling Buick’s future.

“Stretching the Buick brand’s international appeal and potential has been a major focus of exploration in our design studios,” said Helen Emsley, executive director of Buick Global Design. “Concept cars stretch the boundaries of what is possible and every new Buick is benefitting from this vision work. As the Avenir concept expressed the prestige vision for the portfolio, the addition of an Avenir sub-brand illustrates an important piece of future direction.”

Additional Avenir details and product specifics will be announced later.