Bugatti Chiron poses at the Foundation Louis Vuitton in Paris 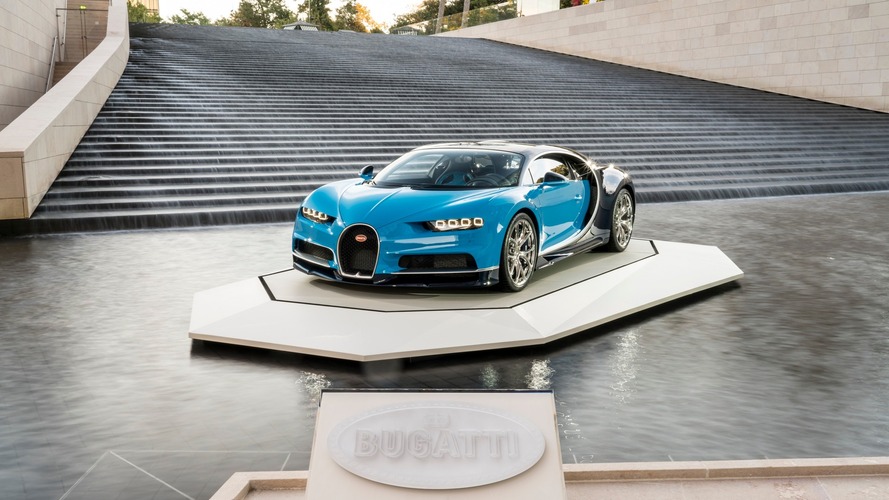 The hypercar dropped by on its way to the Paris Motor Show.

Ironically for one of the rarest, most expensive cars on the planet, the Bugatti Chiron seems to have been absolutely everywhere since it was first unveiled at the Geneva Motor Show earlier this year.

It was also at the Paris Motor Show for the Volkswagen Group’s gala evening but on its way to the Porte de Versailles, it stopped by the Jardin d’Acclimatation to pose outside the Foundation Louis Vuitton art museum.

The Foundation is thought to house the art collection of Louis Vuitton parent company LVMH, and the personal collection of company chairman Bernard Arnault. The building was designed by architect Frank Gehry, who also created the Guggenheim Museum in Bilbao, Spain. Like its Spanish cousin, the Foundation is one of the most distinctive buildings in Paris and wasn’t without controversy while it was being built. It finally opened in 2014, having cost $143 million to build.

If the museum is Louis Vuitton’s monument to modern art, the Chiron is VW Group’s monument to cutting-edge automotive technology. It features a carbon fiber body and chassis which house an 8.0-liter, quad-turbo W16 engine generating 1500 horsepower (1103 kilowatts) and 1181 pound-feet (1600 Newton meters) of torque. That’s only slightly less power than the Saturn V rockets that launched NASA’s Apollo missions to the moon had.

With that kind of power, it’s merely a formality that the Chiron will be officially recognized as the fastest car in the world, as the Veyron that preceded it was. In a slightly laughable concession to safety, customer cars will be sold with a limiter that restricts the top speed to just 261 miles per hour (420 kilometers per hour). However, Bugatti estimates that, unrestricted, the Chiron could reach 285 mph (459 km/h) - Bugatti’s own production car speed record stands at 269.86 mph (434.29 km/h).

Bugatti claims it has already taken 200 orders for the Chiron, about a third of which have placed in the United States, at a price thought to be around the $2 million mark.