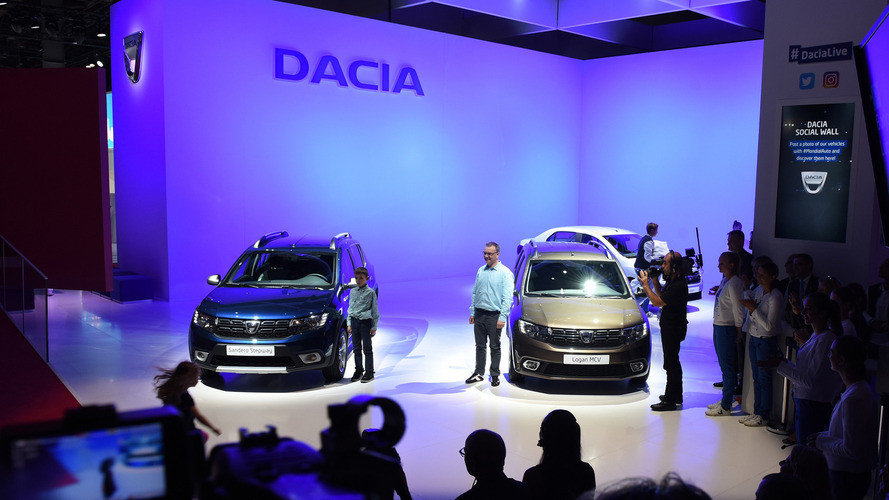 Dacias don’t have to look boring just because they are affordable, and at the Paris Motor Show the inexpensive brand refreshes the looks of its popular Sandero, Sandero Stepway, and Logan MCV wagon. The company also adds a new 1.0-liter three-cylinder as the entry-level gasoline engine for the products.

The major changes for the updated Dacias come at the front where the designers give them rectangular trim in the grille that matches the style of the latest Duster. The square-shaped LED running lights match the motif, and the headlights have sharper edges. The models are also a little flashier thanks to a little extra chrome around the intake. There are more quadrilaterals at the back because the taillights now use illuminated squares.

The changes inside, like new upholstery fabrics, make these budget-friendly vehicles look at little fancier. There’s a new four-spoke steering wheel, and models with higher trims levels get it in what the company calls “Soft Feel finish.” Rear passengers benefit from a 12-volt socket for charging devices and a cup holder on the back of the center console. For some bling, the air vent surrounds, trim strip, and center console fascia now feature a satin-effect chrome finish. The Sandero Stepway features chrome door releases, too.

Dacia is also keeping up with the times by offering a rearview camera and Hill Start Assist on some trims of the Logan MCV, Sandero and Sandero Stepway. These models aren’t very hard to maneuver at low speeds already, but the upgrades should make things even easier.

Dacia is also keeping its powertrains fresh, too. This trio of models is now available with the new SCe 75 gasoline engine. The 1.0-liter three-cylinder powerplant produces 75 horsepower (56 kilowatts). Duster buyers can also look forward to the choice of an automatic transmission because the popular model gets Dacia’s Efficient Dual Clutch gearbox.

At least for the United Kingdom, the updated Dacias go on sale in early 2017. You can get a great preview of them in the gallery. 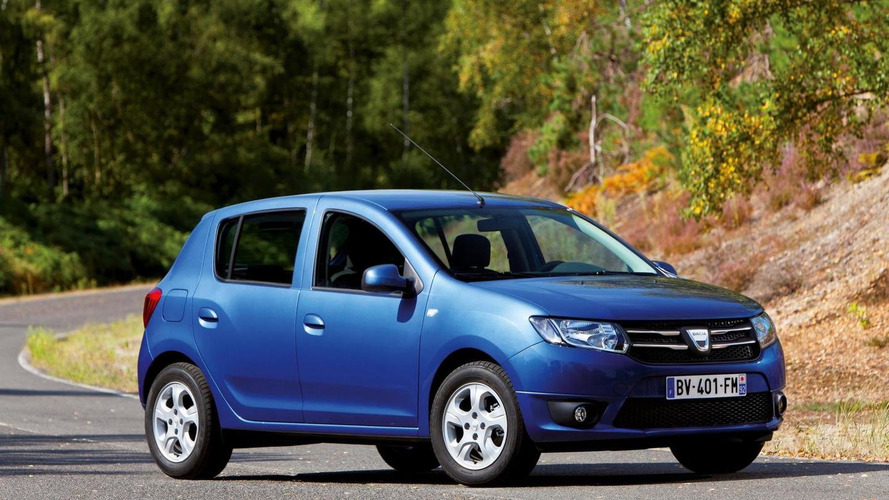 New Dacia Duster in 2017, Sandero & Logan facelift due this fall

Refreshed styling for Dacia’s core models – the Sandero, Sandero Stepway, Logan MCV and, in certain European markets, Logan. These models are now more modern and more attractive than ever

Dacia has refreshed the design of its three signature models: the Sandero, Sandero Stepway, Logan MCV and, in certain European markets, Logan. A wide range of engine options (including the new SCe 75) is also available, along with a choice of transmissions and new affordable equipment options. Meanwhile, the Duster can be equipped for the first time with EDC (Efficient Dual Clutch) automatic transmission for an even more enjoyable drive.

Dacia has refreshed the exterior and interior design of its three signature models, namely the Logan MCV, the Sandero and the Sandero Stepway. These enhancements embody Dacia‘s new, more assertive and even more modern lighting signature.

The new Logan MCV and the new Sandero all share a more modern front bumper design, along with chrome detailing for the air intake grille. Meanwhile, the design of the front and rear bumpers[2] has been reworked to emphasise the models’ muscular stance.

These design enhancements are shown to particularly powerful effect on the new Sandero Stepway. This model has a new frontal identity which picks up on the design cues of the Duster. The grille elegantly combines the black tones of the bumper with chrome detailing which brings an even more dynamic touch to the vehicle’s nose. At the rear, a chromed exhaust tailpipe highlights the car’s tough, ready-for-action character.

Last but not least, the brand’s range of wheel trims and alloy wheels has been updated (depending on individual markets and models).

The cabins of the new models have been upgraded, too, including a more elegant and more contemporary satin-effect chrome finish for the air vent surrounds, trim strip and centre console fascia. The new four-spoke steering wheel has the horn push in the centre and proudly displays the Dacia logo. The steering wheel on high-end versions stands out through its exclusive Soft Feel finish that is both durable and pleasant to the touch.

On the new Sandero Stepway, the interior door releases are now chrome plated. Models across the range come with new upholstery fabrics with textures and patterns that convey both a fresher feel and an impression of comfort. The upholstery of new Sandero Stepway features a 3D weave for a greater sensation of depth, enhanced by top-stitching.

Even more extensively equipped but still at an affordable price

The new Logan MCV, new Sandero and new Sandero Stepway feature new driver aids designed to make driving even easier and more practical. A reversing camera (depending on version) and Hill Start Assist simplify manoeuvring and, in response to customer feedback, Dacia has relocated the front and rear electric window switches to the door panels. For the driver, the window switch has a handy one-touch function, while comfort is further enhanced by a retractable armrest incorporated into the driver’s seat (depending on version).

The cabin is as spacious as ever and even more practical thanks numerous stowage spaces, including a front mobile phone cubby hole and a tray on the side of the console to accommodate small items. The new centre console design incorporates a bottle holder at the rear. Also new is a 12-volt power socket which allows rear passengers to charge mobile devices.

Seven different powertrains are available from launch, including the new, Euro 6-compliant SCe 75. This 75-horsepower, three-cylinder, 1.0-litre unit has benefited from Renault’s expertise. The result is a CO2 emissions and fuel consumption saving of almost 10 per cent[3] .

In France, Dacia reported a 12.3 per cent rise in sales to 77,671 vehicles and set a new record for passenger car sales. The brand beat its existing record for passenger car sales, with more than 76,000 registrations. Sales of the Sandero climbed by 26.7 per cent and the model moved up three spots in the French rankings. The Sandero was the second top-selling car to retail customers.

In Morocco, Dacia’s sales grew by 21.9 per cent to 28,327 units. The brand was still in the lead in the passenger car and LCV market combined, scoring a 26.4 per cent market share.

In Turkey, with 26,984 sales, Dacia still beat its previous records for market share (up 4.7 per cent).
Active in 44 countries, Dacia aims to build on recent new model releases in its mainstream range to boost its popularity.

For more than 10 years, the Dacia brand has stood out as a major player in the car market thanks to its straightforward policy of manufacturing attractive models that provide real value for money for the equipment they feature.

Dacia customers show their commitment to the brand on Facebook, which has a community of more than three million Dacia fans. Dacia Picnics are now a tradition and each year attract several thousand people in a number of different countries.

Customer loyalty has driven the brand’s commercial success. On June 26, more than 11,000 customers attended Dacia’s eighth annual picnic in France. Similar events held in Denmark and Germany attracted 3,000 people and 5,500 people, respectively. In the UK, the Dacia Day is into its fourth year where everyone enjoys a friendly atmosphere and a fun-packed day.