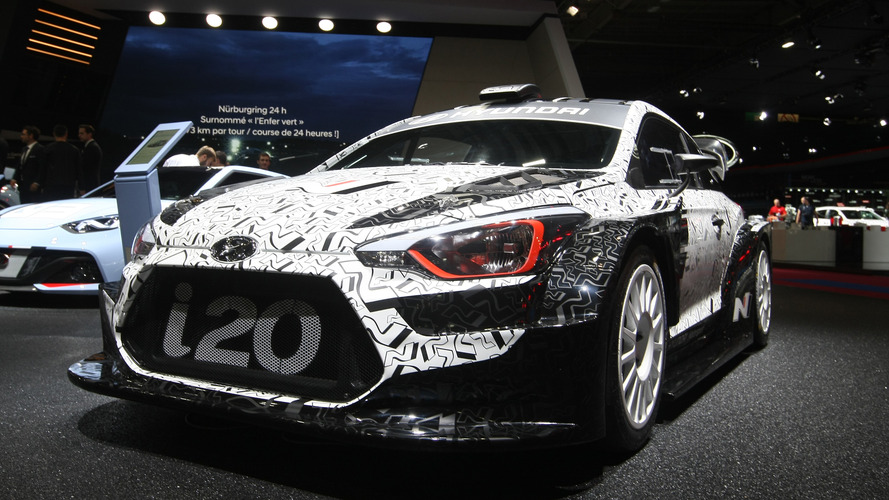 Hyundai Motorsport is providing a glimpse of its 2017 WRC fighter in Paris with a race-ready i20 wearing a livery created specifically for the show.

Engineered to fully comply with FIA’s 2017 World Rally Championship regulations, Hyundai’s new WRC weapon is based on the three-door i20 and will have its competition debut in January at the legendary Monte Carlo Rally. What we’re seeing here is only a temporary livery created specifically for the Paris Motor Show, so it’s going to look different in its final guise for next year’s season.

Hyundai Motorsport has been testing prototypes of the 2017-spec i20 WRC since April across several locations in Europe and in a variety of conditions to make sure its rally car will be up to the challenge. Since it has to meet next year’s regulations, the turbocharged 1.6-liter engine is now rated at 380 horsepower, while an electronic active central differential has been implemented as well.

The first phase of testing primarily involved the engine and the rest of the powertrain, while in recent months Hyundai Motorsport has been turning its attention towards the car’s suspension, aerodynamics, and differential. Between now and the i20 WRC’s reveal in final form, there are going to be some upgrades in terms of engine and chassis, according to Team Principal Michel Nandan.

The new technical rules set by FIA also call for longer and wider race cars, as well as a more aerodynamic body as evidenced by the large rear wing boosting downforce at the rear axle. The minimum weight of all 2017 WRC contenders will drop by 25 kilograms (55 pounds), while the turbo restrictor is going to grow from the current 33 mm to 36 mm.

The i20 WRC is now on display at the Paris Motor Show where it shares the spotlight with another rally car set to take part in next year’s season, the all-new Citroën C3 WRC. Hyundai mentions the 2017 livery is going to be presented in December. 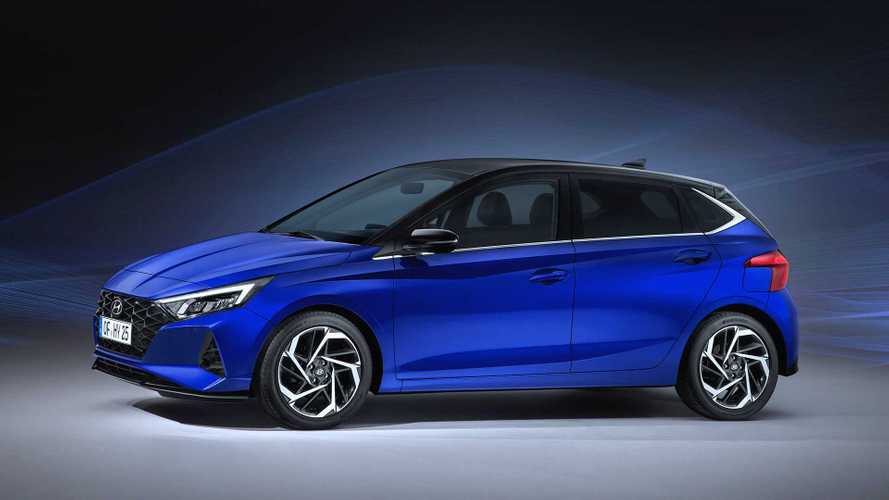 September 29, 2016 Hyundai Motorsport has used the occasion of the Paris Motor Show to present a preview of its 2017 WRC challenger, which will make its competitive debut in next season’s FIA World Rally Championship.

The team, which is currently second in the WRC manufacturers’ classification on 201 points, has been testing its brand new 2017 prototype since April across numerous locations in Europe and in a variety of different conditions.

The car, based on a three-door Hyundai i20, has been developed to meet WRC’s 2017 technical regulations, which have given greater aerodynamic freedom to designers. Hyundai Motorsport has an extensive testing programme lined up in the final part of 2016 in order to further evolve the car ahead of its debut at Rallye Monte-Carlo in January.

WRC regulations for the 2017 season also offer teams more power, an increase to 380HP, more downforce, Electronic Active central differential and the ability to compete with longer and wider vehicles. The combined objective of these new technical rules is to create an even more dynamic and spectacular show in the popular WRC.

The livery on show in Paris is an interim version, with the final specification and look of the car only to be revealed in December.

Team Principal Michel Nandan said: “The 2017 WRC regulations have allowed all teams to start from a blank page, which has offered us an exciting engineering challenge. The changes will raise the level of entertainment in WRC on stages around the world with wider and more powerful cars. We have been putting our experience from two full seasons of WRC into practice, as we aim to build on our successful 2016 campaign. The 2017 car started testing in April with initial work centred on engine and powertrain testing. More recently, we have looked at suspension, differential and aero. There will be some small evolutions on both chassis and engine later this year. We look forward to revealing the final version of our 2017 car later this year.”

Hyundai Motorsport is in action this weekend at the tenth round of the 2016 Championship, Tour de Corse - Rallye de France, where it is fielding three New Generation i20 WRC cars. The team has enjoyed its most competitive WRC season to date with victories in Argentina and Sardinia and an additional four podiums in Monte-Carlo, Sweden, Poland and, most recently, in Germany.