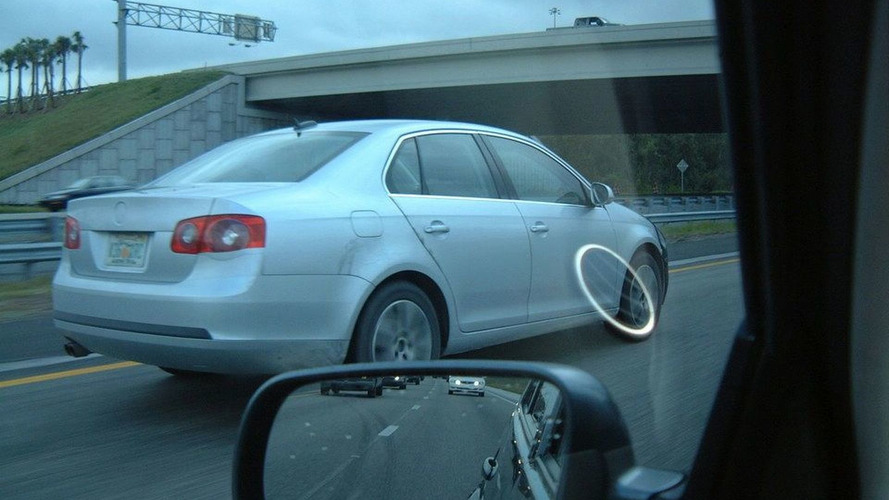 Last week VW of America held it's unveiling of the next generation Jetta/Bora (MKV) for franchise dealership managers across the US. In an effort to create some momentum, VW has shed the camouflage for this bigger, more upscale model which was seen around the Tampa, Florida area. Keen eyed www.VWFixx.com member, Eric (aka Sho'nuff) snapped these photos. Official release is expected by the end of next month.

The Jetta is VW's "bread and butter" car in the US whereas compact class sedans are not so popular in Europe. With plummeting sales figures in the US as a result of an aging model line it's crucial that VW recapture the Jetta thunder once again. Much like the E90 BMW 3 series brochure leak, perhaps the release of these spy photos and increased internet discussion will help VW push the release even sooner.

Get in those discussion forums and let them know what you think!