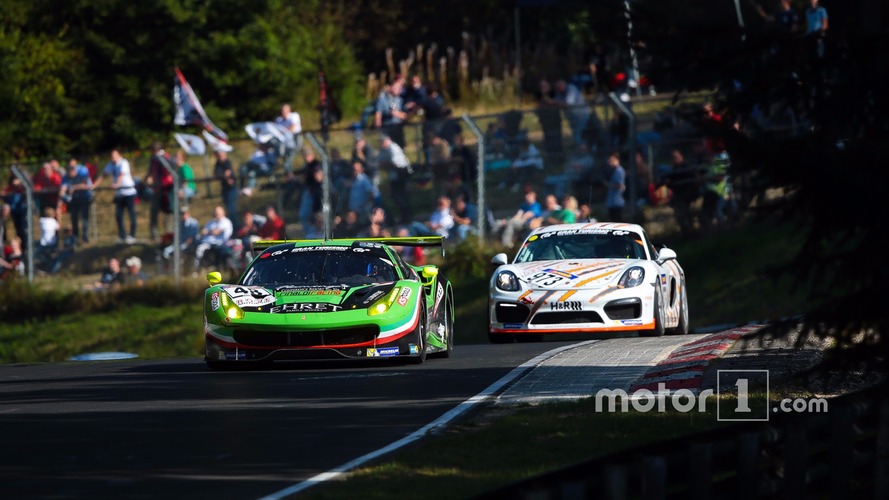 Nordschleife expert Olaf Manthey has criticised the rapid development of the GT3 category, warning that ever-increasing speeds make racing on the track "dangerous".

Every year, manufacturers invest a lot of money to make their GT3 machines go ever faster around the infamous 16.1-mile Eifel track.

But, in his latest column in VLN's Racing News, acclaimed team boss Manthey explains why this is dangerous for everybody involved.

"The aerodynamics of the cars escalated long ago," he said. "From year to year and from car to car the GT3 race cars have been developed massively and aggressively in terms of aerodynamic performance, a lot beyond what is reasonable, too.

"We have to put an end to this trend and I think this should be clear to everybody now."

This is why Manthey is in favour of a new set of rules that limits the GT3 category's performance drastically.

"We have to narrow down the aerodynamics in the GT3 category", he added. "All aero elements on the outside of the cars, like front splitters, flaps and rear wings, need a clear set of rules in terms of dimensions and positioning.

"Also, we need to define the form of the floors and the diffusers front and rear."

"The bottom line is: we have to reduce the downforce the cars generate. While downforce itself isn't a bad thing and it even helps to boost safety, too much downforce certainly is counterproductive – especially if generated mostly by the floor.

"To accomplish this, the cars need to sit low on the track. But on the bumpy Nordschleife this can be dangerous."

However, with new rules coming in this year that require all teams to run a specific ride height on the Nordschleife, Manthey thinks the "first step into the right direction" has been taken.

On the other hand, the DTM racer-turned team boss questions the Nurburgring's approach of modernising the track each year during the winter break.

"The cars get faster because the track gets faster, too", Manthey explained. "From year to year certain areas are repaved and in recent years they didn't even use normal asphalt but asphalt which helps to generate maximum grip.

"Going forward, I want to point out that this is something that shouldn't be kept."