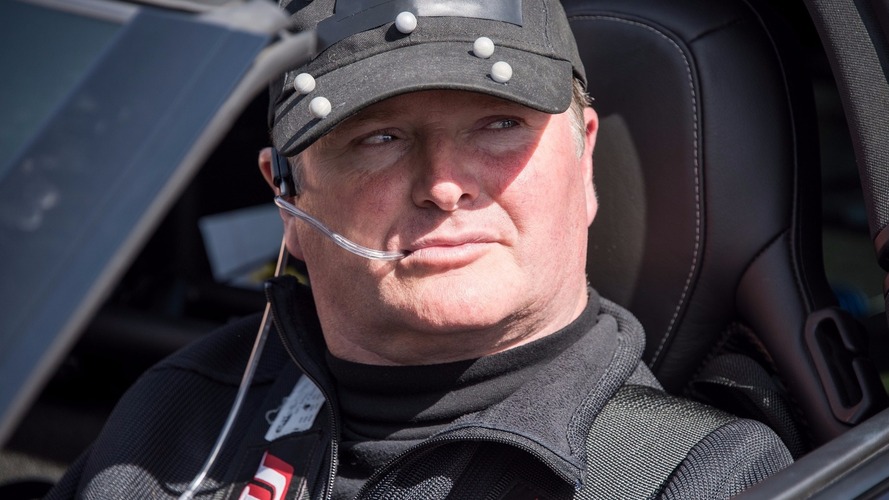 The paralyzed IndyCar team owner will be able to drive in Nevada.

IndyCar team owner Sam Schmidt is expected to become the first person in the United States to be granted a license to drive a semi-autonomous car, the Las Vegas Review-Journal reports..

Schmidt was paralyzed from the neck down in a testing crash in 2000, just months after scoring his first IndyCar win. Today he will be assessed by the Nevada Department of Motor Vehicles for a restricted driver’s license to drive a semi-autonomous car within the state.

Since 2014, Schmidt has been working with Colorado-based Arrow Electronics to develop a Chevrolet Corvette Z06 he can operate using only his head. An array of four infrared cameras track Schmidt’s head movements to steer the car, while blowing into a tube attached to a headset operates the gas. Inhaling operates the brakes.

Over the last couple of years, Schmidt has demonstrated the system at the Indianapolis 500, the Long Beach Grand Prix, and on the Pikes Peak International Hillclimb. Over the last year, Arrow Electronics and Schmidt have been working with the Nevada DMV to change the state’s highway code to allow Schmidt to drive.

Schmidt rose through the amateur racing ranks to compete in IndyCar. He made his first start in 1997 and contested three Indy 500s, eventually winning his first race in the penultimate round of 1999 season at Las Vegas Motor Speedway. But Schmidt suffered a huge crash while testing in January 2000 at Walt Disney World Speedway in Florida that left him with severe spinal injuries, rendering him a quadriplegic. He went on to found his own team, which graduated to race in IndyCar full-time in 2011 and has so far picked up five wins.

Neither Schmidt nor Arrow have commented on the assessment, but the Nevada DMV said in a statement: “Nevada is leading the nation in promoting autonomous and semi-autonomous vehicle technologies that can bring mobility and independence to people with physical disabilities, including our wounded warriors.”