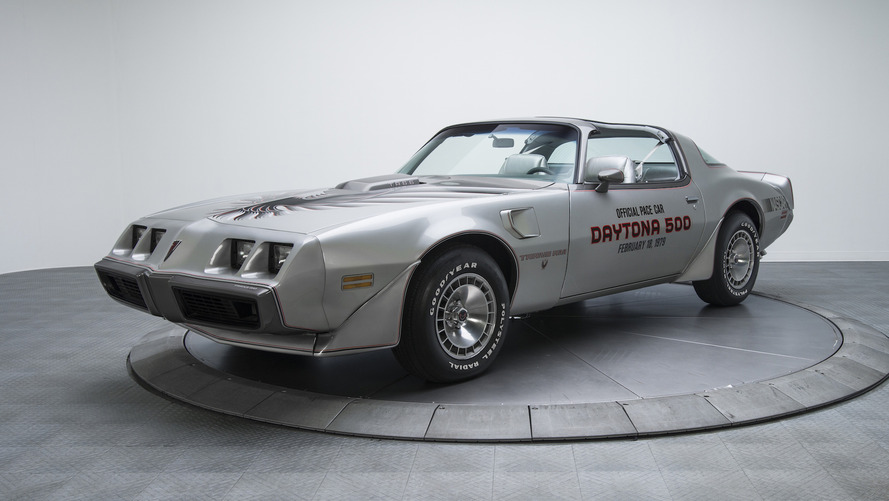 This special edition Pontiac Trans-Am is up for sale on eBay with just 3,000 original miles on the odometer.

After 10 successful years on the market, Pontiac felt it needed reason to celebrate the success of its Trans Am muscle car. Though the Firebird launched in 1967, it wasn’t until 1969 that Pontiac introduced the Trans Am moniker to the lineup… and the rest was history.

Celebrating that short but notable heritage, the 1979 Pontiac Trans Am 10th Anniversary Edition came with all the right makings for a collector’s item. A scant 7,500 examples were produced for the 1979 model year, and only 1,871 came equipped with the discontinued Pontiac W72 400 engine and a four-speed manual. The latter version is the example you see here, and it’s up for sale on eBay right now

Aside from its low production numbers, things like a special exterior finish and a one-of-a-king interior made this car stand out from the rest. The iconic “Screaming Chicken” on the hood received some red and black detailing to match the rest of the vehicle’s aesthetic. The door sills were covered with an “Official Pace Car of the Daytona 500” livery, while the “Nascar” logo comes affixed to the rear. Both additions honored the Trans Am’s historic pacing of the 1979 event.

Inside, a special silver leather interior was created specifically for this special edition. It featured a “Screaming Chicken” logo stitched into the rear seat divider and the front door sills as its centerpiece. The shag carpeting was borrowed from Cadillac, as were most of the buttons and knobs on the dashboard.

The example for sale here is not only rare by muscle car standards, but has remained in pristine condition throughout its 37-year history. Only 3,072 miles have been logged on the engine, while most of the parts - including the exterior paint and interior leather - remain original. It’s a handsome piece of history, and should make the perfect addition to any muscle car collection.