Renault has released preliminary details about the updated all-electric Zoe ahead of its debut in Paris tomorrow.

The company’s marketing team from the Netherlands was anxious to reveal the electric city car’s specifications and decided not to wait until the Paris premiere. Confirming a recent rumor about a new version with an extended range, the Zoe ZE 40 will gain a new battery pack with a capacity of 41 kWh that will boost maximum range to 248 miles (400 km). Keep in mind that figure is based on the New European Driving Cycle (NEDC), which as most of you know is way more optimistic than EPA’s testing procedures. Renault says that in the real word the battery will have enough juice for approximately 186 miles (300 km).

Developed by LG Chem, the new battery has the same weight as the 22-kWh pack and it takes up just about the same space inside the car. This was possible by optimizing the composition of the cells to increase the energy density without having to actually install additional battery modules that would have taken up more space and would’ve also increased the car’s weight. 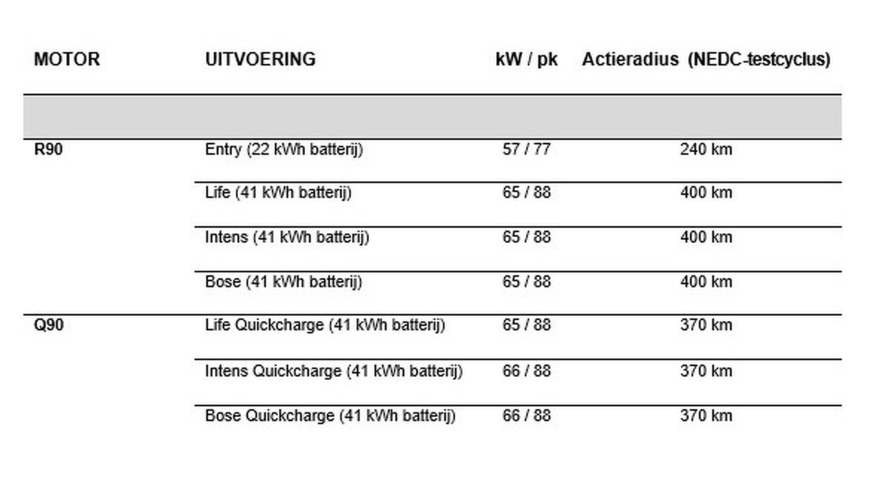 Besides getting an upgraded battery, the Zoe ZE 40 will also have a beefier electric motor rated at 88 horsepower (65 kilowatts), up from the current 77 hp (57 kW).

The most expensive Zoe money can buy is going to be the range-topping Bose Quickcharge from €37,390, which as the name implies comes with a quick charger and a Bose sound system as standard. 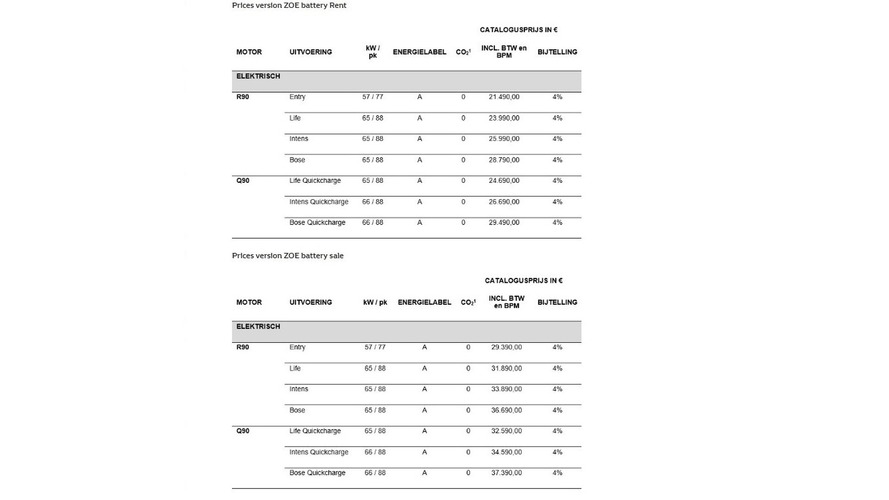 It goes without saying this new addition to the Zoe’s range will further boost the model’s popularity, already the best-selling EV in Europe last year with a total of 18,453 deliveries.

A full reveal is likely set for tomorrow on the dawn of the Paris Motor Show. Sales (at least in the Netherlands) will kick off from Saturday.