Skipping the Paris Motor Show makes sense for some automakers 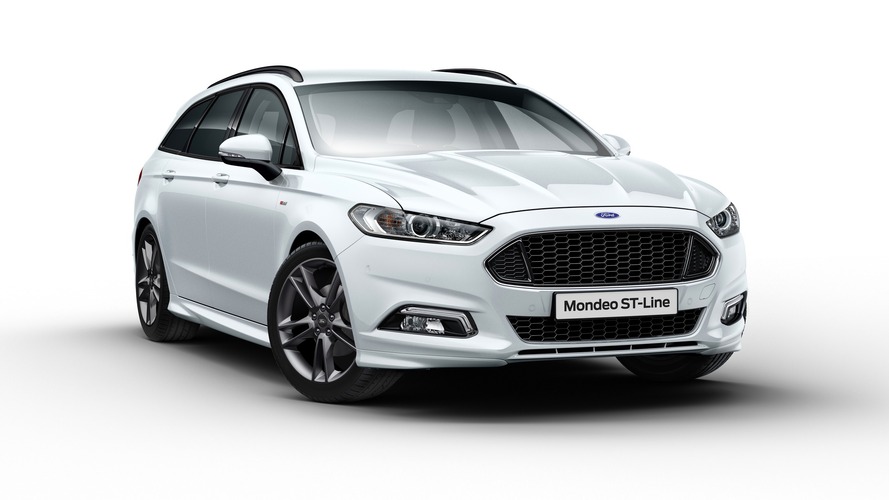 The Paris Motor Show is just around the corner, and this year a few major brands won’t be in attendance.

Our colleagues at Motor1-FRANCE, Guillaume Navarro and Antoine Dufeu, tell us why that may not be a bad thing. Read on for the analysis, below. Or you can read it in the original French, here.

Those who run away are always in the wrong. You get to hear that a lot in France, and many wonder if the choice of many major brands not to attend this year’s Paris Motor Show is the right one. Motor1 France asked the protagonists what led them to take a strategic skip.

All areas of the spectrum are concerned this year: Ford and Mazda will be noticeable absentees in the main halls, while Volvo will be missed from the premium side. Luxury and sports brands are deserting Paris: Aston Martin, Bentley, Lamborghini, and McLaren won’t please the crowds with their spectacular designs. Even Renault-backed Alpine chose to organize its long-awaited reboot at an individual event. For sure, all these protagonists will be missed. But their choices are well considered and make perfect sense.

Everyone Has Their Reasons

Volvo explains pragmatically that defecting from the Mondial de l'Auto is due to a wish to get closer to its customer base. Surprising, when the brand is pushing a strong, refreshed identity, and features a solid proposal in the top segments with the S90 and the V90. Contacted by Motor1, the French branch estimated that this was a “strategic decision taken by the brand,” and that this doesn’t mean in any way that Volvo will not appear in the next edition, “in two years time.”

Mazda gives a bit more insight. Clotilde Journé, French press officer for the Japanese company, insists that Mazda’s absence, “isn’t questioning the event itself, which still is a showcase.” But Mazda currently weighs its choices "based on the continents.”

Despite being the most visited auto show in the world, Paris was passed this year as its date doesn’t fit with Mazda’s new releases agenda. Moreover, Mazda is looking for “another way to get in touch with its customers and its prospects, as through an operation called ‘Drive to Store’ focusing on the internet.” The details of this plan are yet to be communicated, but aims towards informing shoppers of Mazda’s strengths, and leading them directly towards various events and operations organized for the distribution network.

Ford is adopting a similar strategy. Fabrice Devanlay, Head of Communications at Ford France, reminds that the U.S. brand doesn’t introduce itself as a manufacturer anymore, but as a “mobility provider.” Thus the strategy surrounding auto shows has been totally revamped. Devanlay explains that Ford has difficulties highlight its strengths and advantages in France. “To convince a wider audience,” he says, “an incentive for cars to be tested is necessary.”

The Paris Motor Show doesn’t allow that, according to Ford. “We put in place some delocalized centers, pressure free, to enable clients and prospects to test the brand experience,” he adds. A recent regional operation set up in partnership with a charity association is used as an illustration: An impressive 481 test drives were secured in only two days in the city of Forbach, and satisfaction ratings reached a lofty 81 percent. But just like others, Ford doesn’t totally reject the idea of coming back in 2018: “Somehow, the Mondial is not the tool Ford needs in France.”

Snubbing the Paris Motor Show isn’t a big risk, unless a coalition of media organizes itself against the manufacturers. The best exposure on the field traditionally goes to the local manufacturers – Peugeot, Citroën and Renault – who get the greatest exposure in the Hall 1 of Parc de Versailles’s exposition center.

As is, Mazda doesn’t fear a loss of affection in France, as the manufacturer is already in a position of challenger on the market. For Ford, Devanlay admits that this year’s strategy is a test. “We are trying to be different in order to enhance the brand perception,” he says. Of course, all these factors will only be monitored and measurable way after the event. But Ford feels serene: “the absence of the brand on the local auto shows doesn’t translate into image loss.”

One Platform Out Of Many

McLaren justifies its absence by an unbeatable argument, “lack of novelty,” laughs Amel Boubaaya, of the company’s European PR office. She also points the need for a brand such as McLaren to benefit from a surface and location on the show that reflects the necessary investment. Read between the lines: McLaren gets a way better treatment in Geneva. Boubaaya also played down the absence by suggesting, “A show is only one of the many platforms that enable activation events in order to serve the brand’s notoriety”. True, especially when the order books are always full before the car is even produced.

What’s Next For Paris?

The Parisian organizers will only have to worry if it becomes clear that it the show appears to be the only European event skipped on a regular basis by prominent car makers. Frankfurt, next year, will provide a first answer.

But it is clear that such a huge show located in the very heart of the city, with sometimes hectic infrastructures, services, and logistics, doesn’t tick all the boxes anymore for companies spending a fortune to reach customers. At a time when many shows also focus a lot on technology and “experience,” maybe a quest for reinvention is needed for the Mondial to secure a future. The mindset may have to evolve in France. The country is not a hybrid-, electric-, or autonomous-friendly place, despite the Paris mayor’s attempt to prove radically eco-friendly with the full closure to cars of Paris during a “Day without Cars” organized… last Sunday.

Not sure that sends neither the right message to automakers, or to the larger industry.