425 horsepower with four on the floor.

Only two weeks are left to enter! So enter now for a chance to win this perfectly restored 1966 Chevy Impala Sport Coupe from Dream Giveaway, along with $10,000 cash to pay for taxes. Children's and veterans' charities are counting on you.

We all know Dream Giveaway offers the coolest, best-restored, most historically significant classic cars for you to win. This one takes the cake, though. It's a 1966 Chevy Impala Sport Coupe that comes with GM's legendary L72 427 cubic-inch big-block V8 producing a tire-shredding 425 horsepower. The automaker built only 1,858 B-body Chevys with this engine in 1966, ensuring its rarity through time.

Double your entry tickets by donating $25 or more!

This car, though, has not only had a frame-off restoration to better-than-new condition, it also retains all of its original parts – its major components are all numbers matching. It even comes with the original window sticker indicating it was bought at Batie Chevrolet in Carnegie, PA after its final assembly at Chevy's Atlanta factory in January 1966. The list of options on the sticker are as follows.

If you win the car, it comes with everything you need to prove its lineage. Along with the original window sticker, there's extensive documentation of its restoration including photographs of its numbers matching components.

As always, Dream Giveaway is kicking in some extra cash – $10,000 – to pay for taxes so you don't get stuck paying Uncle Sam's bill.

Donate now for your entry tickets to win this incredible classic car. We've even struck a deal with Dream Giveaway to double your entry tickets if you donate $25 or more. You'll be helping children's and veterans' charities, so enter now before it's too late and start dreaming about where you'll drive first in this classic muscle car.

Maybe You'd Rather Win These Cars: 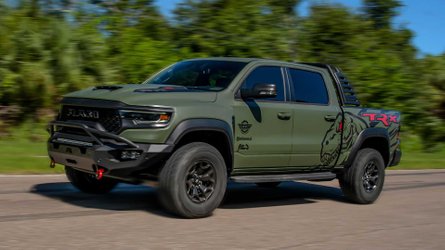