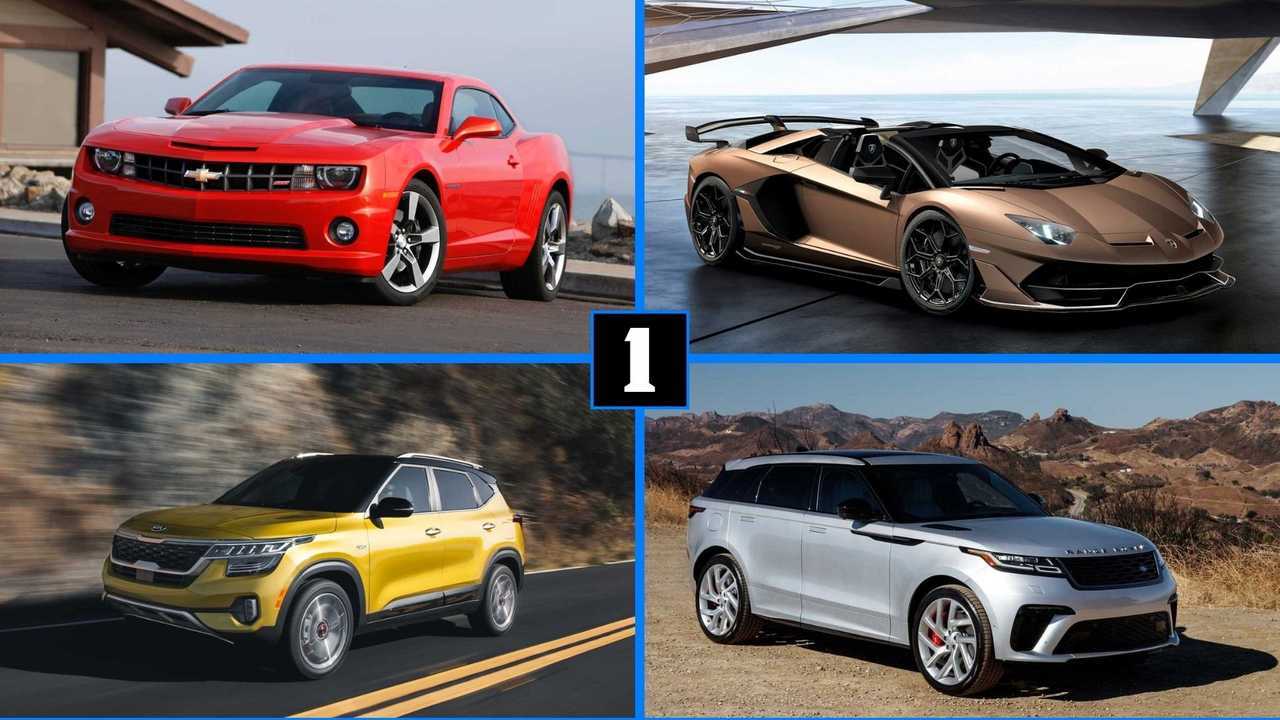 Only one vehicle breaks the billion-view barrier, though.

How much time do you spend on YouTube these days? The answer is probably more than you realize, as it's the second-largest search engine on the internet behind Google. People watch five billion YouTube videos every single day, and we know more than a few of those views are related to cars.

Being total nerds when it comes to statistics, we happened upon a comprehensive list of popular vehicles on YouTube. LeaseFetcher took a deep dive into car-related data for the video network, establishing common search terms for various models then pulling up YouTube API from the last 30 days to see all the videos matching the search criteria. The views from all those videos were then added up to create this top-ten feature.

The list covers vehicles available in recent years, but it's an eye-opening collection to say the least. One might expect to see fantastic record-setting hypercars like the Koenigsegg Agera RS or crash-tastic Ford Mustang adventures on the list, but you'll find neither in the top ten. In fact, in the strange world of YouTube stardom, you'll see a lowly Kia beat all kinds of hard-charging rivals. But there's one car that unquestionably stands far above them all.

Here's how it shakes out, counting down from ten to one.

The GTR has been around forever, but it's still a popular car to peruse online.

Here's the first of many surprise SUVs on the list. The Land Cruiser is high-end, so perhaps that translates to its YouTube appeal.

The data set for this list doesn't offer a specific breakdown of submodels, but we'd bet a dollar for each of these 380.2 million views that the bonkers Hellcat-powered Grand Cherokee Trackhawk plays a big role in the Jeep's YouTube popularity.

Despite the plethora of Ford Mustang crash videos, it's the pony car's crosstown rival that garners more YouTube attention.

There are two Land Rovers on this list, but the Range Rover is certainly a long-standing luxury SUV that many people adore. Or perhaps people are looking up repair videos. Either way, it finishes just outside the top five.

It's no surprise to see this epic 1,500-horsepower hypercar on the list. The Chiron has wowed the motoring world since its debut for 2016, and its record-setting runs are surely part of its YouTube success.

Now this is a surprise. The Seltos is brand new, having just been introduced for the 2020 model year. It's not an exotic machine, it doesn't have any history, and with up to 175 horsepower, it's not fast. In YouTube land, however, it beats the mighty Chiron.

The legendary off-roader has no shortage of fans around the world, and it has an enduring history spanning nearly 40 years. Clearly, it has a YouTube fanbase as well.

The Huracan is nearing the end of its production run, but 497 million cumulative YouTube views show it's as popular as ever. However, there's another Lambo that more popular. Way more popular.

Yes, that's billion with a capital B. The iconic supercar is arguably the last of its kind, sporting a mid-mount V12 that's devoid of turbochargers or hybrid electrification. Perhaps that's why it's more than twice as popular as its baby brother, not to mention all other automotive competitors.