These 7 'Future' Cars Actually Come From The Past 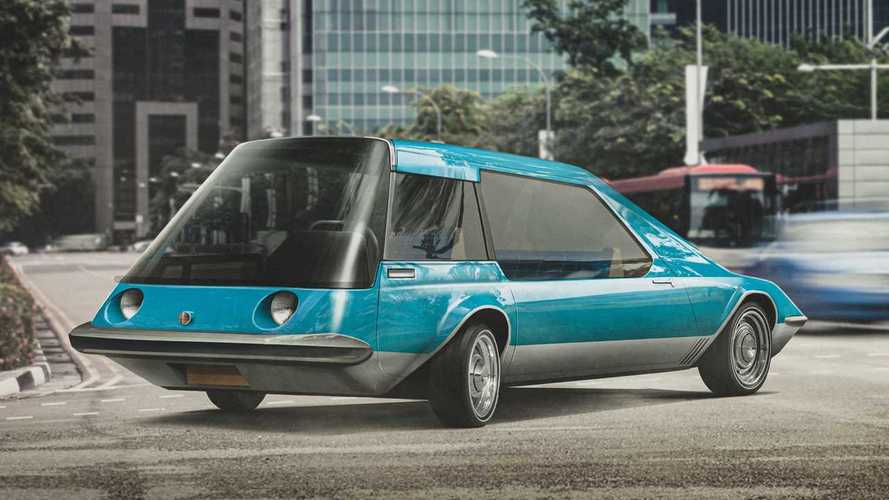 People sure had strange ideas about the future.

So yeah, the year is 2020 and it’s not been great for pretty much the entire world. For a moment, let’s forget all the craziness with pandemics and politics and focus on something that was supposed to happen a long time ago. Where the heck are all the flying cars? No, putting four wheels and a steering wheel on an airplane doesn’t make it a flying car.

This curious gathering of vehicles here don't answer this question, but they do remind us how insanely difficult it is to predict the future. The team from Budget Direct did a bit of digging to make this live for us, at least in terms of automotive trends. At points in the past – in some cases the distant past – the vehicles below were envisioned as embodiments of motoring’s future. The exact designs might not come to fruition, but something similar surely would, right? Boy were these folks wrong.

Now that you understand what we mean by future cars from the past, here are a few designs from the earlier days of motorized transportation that never materialized. Looking back, it was probably for the best.

This vision of a future motorcycle used spherical wheels and two engines to go 300 mph. We aren’t sure how stable or controllable it would be, but that’s not the point.

This looks like something cooked up by Jeremy Clarkson for a classic Top Gear challenge, but it was reportedly designed by Franco Bandini and illustrated by Walter Molino in the early 1960s. If you build a small body around a modern-day Segway, this might not be so far off from reality.

Designed by Gil Spear, his specialty was reportedly the front of automobiles. Perhaps that’s why the backside of this curious Chrysler two-seater pretty much disappears instantly. We aren’t sure what kind of futuristic vision was imagined here, aside from it being filled with small cars wearing big faces.

It’s quite likely you’ve heard of Syd Mead. The legendary designer and futurist was responsible for some of the coolest Hollywood sci-fi creations ever, but he also created this curious concept for the McLouth Steel Corporation in 1961. Sometimes, even noted designers don’t know if they’re coming or going.

The Mead collection continues, with the sci-fi legend illustrating this urban microcar from the mind of automotive writer Ken Purdy. Does anyone else see shades of the AMC Pacer in this creation?

Finally, the real flying car we’ve been waiting for! Mead envisioned this futuristic hovering runabout in the age of disco, and it still looks awesome 41 years later. Sadly, science hasn’t yet cracked the secrets of field manipulation to create simple anti-grav generators, but as soon as that happens, this is what we want.

The last car in this group is actually a ringer. The curved glass and massive fins are right out of the 1950s, and it’s designed to be a mobile workshop with a single driver seat mounted in the roof. We have no idea how the steering wheel or pedals are connected, but it doesn’t really matter because this wasn’t conceived in the 1950s. Rather, it’s the brainchild of designer Bruce McCall, who created it in 2001 as a future concept that could've been designed in the '50s.