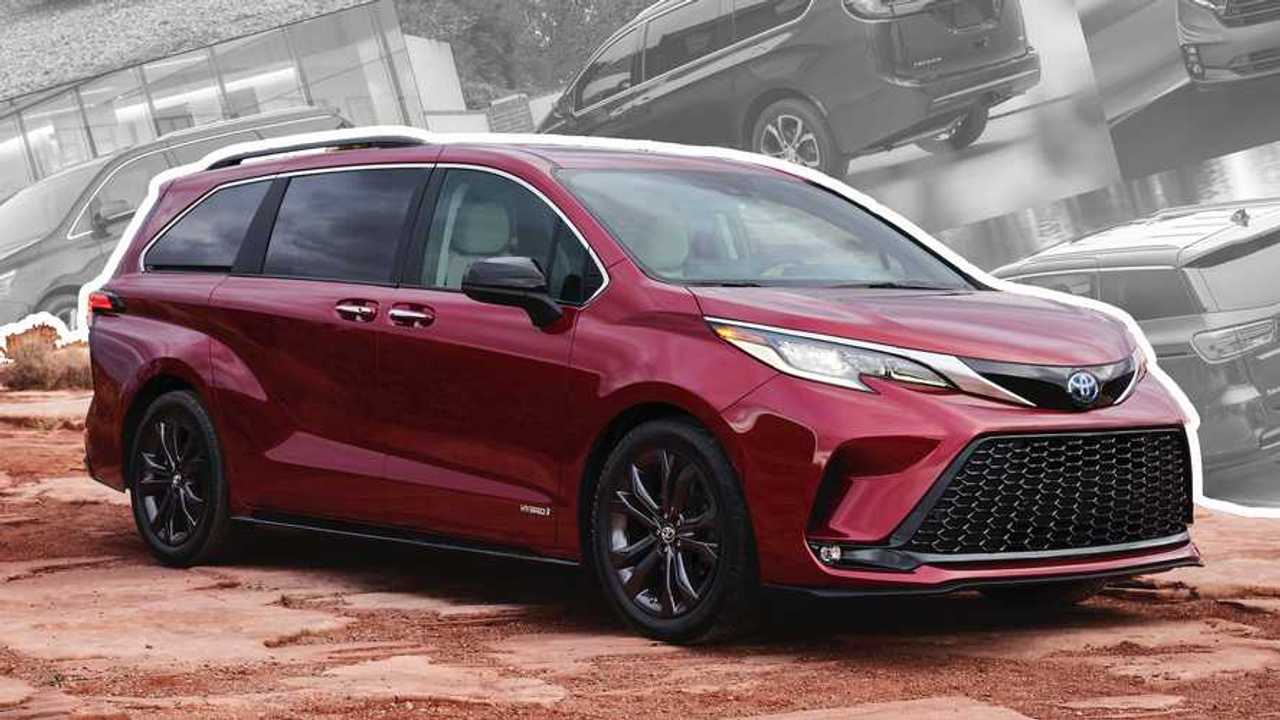 See how the new Sienna stacks up against the other minivans still sold in the United States.

As crossovers become the de facto family vehicle, minivans seem to be losing some of the previous popularity, but these space-efficient machines still offer a fantastic solution for carrying several people and all of their gear. With the debut of the 2021 Toyota Sienna, the automaker shows that it's not ready to abandon the once-popular segment. Let's see how the new model stacks up against the other minivans that remain on sale.

The Sienna arrives in a recently reinvigorated minivan market. The Honda Odyssey and Chrysler Pacifica both received refreshes this year. Plus, Kia allegedly intended to debut the new Sedona at the New York Auto Show before that event's cancellation.

Toyota's announcement of the 2021 Sienna only said that the minivan used a hybrid-assisted 2.5-liter four-cylinder making 243 horsepower (181 kilowatts). The company didn't disclose the torque figure or offer details about the transmission.

While the 2021 Sienna has the least amount of horsepower in the segment, the company expects it to have the most fuel economy. Toyota estimates the hybrid to offer 33 miles per gallon combined for the front-wheel-drive model.

Toyota will continue to offer the Sienna with all-wheel drive, but the system will use new tech. Rather than a traditional transfer case for directing the power to the rear wheels, the minivan has a separate electric motor at the back.

At nine inches, the Sienna's infotainment screen is among the larger displays in the class, with only the Pacifica beating it. Toyota's van comes standard with a six-speaker stereo, but the company offers upgrades to eight- and 12-speaker systems.

For entertaining the folks in the back, there's an optional 11.6-inch 1080p display with an HDMI input, remote control, and two wireless headphones. For keeping comfortable, the XLE grade above comes standard with four-zone automatic climate control that includes separate controls for the rear passengers.

The Sienna goes on sale later in the year. Toyota isn't disclosing pricing at this time.