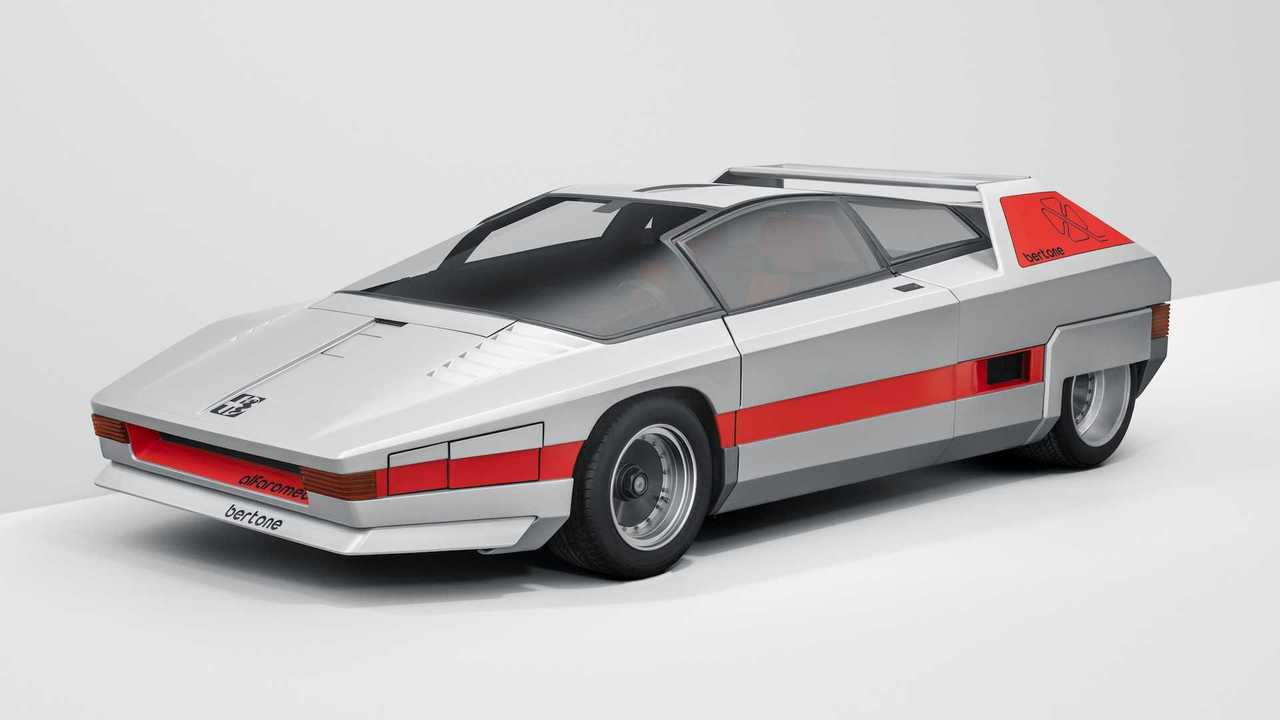 The odd one-off inspired by the iconic 33 Stradale.

In the world of obscure one-offs, we’d argue few are as interesting as the Alfa Romeo Navajo. The Bertone-designed, spaceship-inspired supercar debuted in 1976 at the Geneva Motor Show. It was the last of a handful of concept cars built on the bones of the iconic 33 Stradale by various Italian design firms, a list includes other oddballs with equally odd names like the Carabo, Iguana, and Cuneo.

Inspired By An Icon

Production of the Alfa Romeo 33 Stradale ended in 1969. The rare sports car – of which just 18 were made – ended an era of one of Alfa Romeo's most signature design languages. Noticeably different-looking (though, still iconic in their own right) vehicles like the GTV and Montreal arrived in the 1970s, shedding the svelte profile of the 33 Stradale and others for a more angular look.

A Modern Take On A Classic:

But long after production of the 33 Stradale ended, Nuccio Bertone got its hands on the chassis (specifically chassis no. 750.33.11) and took it the styling in a strange new direction. One of six one-offs – including the Carabo, Iguana, Cuneo, and others designed by Bertone, Giugiaro, and Pininfarina – the Navajo concept sported a never-before-seen look inspired by the future rather than Alfa's iconic past.

Extending the 33 Stradale's base and using fiberglass for the body almost exclusively, Bertone debuted the 33 Navajo concept at the Geneva Motor Show. A 2.0-liter V8 producing 230 horsepower sat behind the driver. And inside, a reworked cabin assured more room to fit two passengers. Of course, the angular edges, pop-up headlights, and orange accents, complete with appropriate Bertone branding on the embedded wing, gave the Navajo a futuristic look unlike any other. Even the other 33 Stradale concepts that came before it looked tame by comparison.

Unfortunately, like a lot of concept cars of the day, Bertone built just one example of the 33 Navajo. Reports suggest it has a price tag of around $3 million when new, but it's unclear if the one-off even sold, or Bertone ever intended to sell it. Nevertheless, the Alfa Romeo 33 Navajo by Bertone was an interesting look at what could have been.