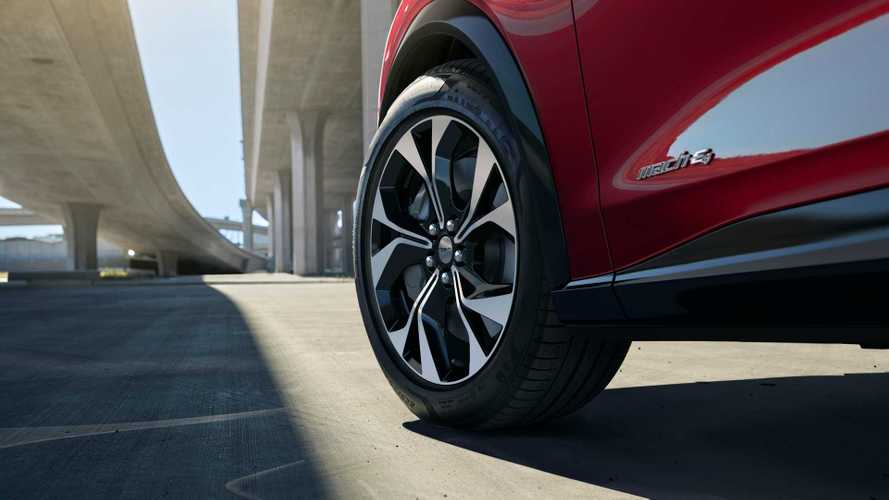 Go ahead, tell me I'm wrong.

Since Ford announced its new electric vehicle would be called the Mustang Mach-E, I’ve read many comments and articles (like this and this) complaining about the company’s choice. Some say it’s an insult to the Mustang name. Others say it’s a brazen marketing ploy. I say it’s a genius move that sets up Ford to become the first automaker with an EV that can truly challenge the dominance of Tesla.

Let’s look at the EV landscape, shall we? You’ve got Tesla selling roughly 77.7 percent of all electric vehicles in the U.S. The Tesla Model 3 alone represents around 60 percent of total EV sales in this country. The rest of the market is left for over a dozen other EVs to divide amongst themselves.

Why have none of these automakers threatened Tesla’s dominance? Two reasons, both of which Ford has shrewdly targeted with the Mustang Mach E.

The first reason is obvious: no EV on the market is as good as a Tesla, particularly the Model 3. They all fall short when comparing range, performance, pricing, and/or technology. Some get close in one measure yet fail to mount a challenge in the others, while others arrive on the scene woefully outgunned in all regards. Love them or hate them, the Teslas have been unbeatable to date on the whole.

We thought the Porsche Taycan might unseat the seven-year-old Model S. Alas, while it can boast faster charging times and superior handling, its range estimates fall far short of the Model S (which happens to be the king of long-range EVs), its slower in a straight line (and around one famous German race track), it’s smaller with much less space for passengers and cargo, and it’s wildly more expensive, in some cases by as much as $100,000.

The Mustang Mach-E is taking aim, though, at the upcoming Tesla Model Y, a crossover-ish version of the most popular EV in the world, the Model 3 sedan. What Ford has smartly done is make matching the Model Y spec-for-spec a must. The Mustang Mach-E and Model Y both start in the low $40K-range. They both have a maximum range of about 300 miles. Their 0-60 times will both range from around 5.5 seconds for standard models to 3.5 seconds for performance models. And they both have four doors, seat at least five people, and can carry a lot of cargo. Indeed, if you were looking only at their specs on paper, you couldn’t tell these two cars apart.

Even if people are writing articles about how dumb Ford is for calling it the Mustang Mach-E, they’re talking about the car, and that’s all that matters.

The second reason no automaker has legitimately challenged Tesla before is that those brands and/or the EVs they’re selling just aren’t cool. Teslas are cool. Tesla are like Apple-cool circa 5-10 years ago. There’s a little extra something magical about the brand and its products that makes them stand apart from stodgy legacy automakers and their gas-cars-turned-electric.

The Chevy Bolt, Audi e-tron, Jaguar I-Pace, Nissan Leaf, Mercedes-Benz EQC, and the like are all ground-up EVs that somehow still feel like there’s nothing special about them. Yes, they are all technically inferior to the Teslas, but they’re also so much less interesting and exciting.

Enter Ford with a choice before it: Do we launch our electric vehicle with a new model name and identity that has zero impact in the marketplace, or do we something incredibly bold and bank on the coolness factor of the Mustang to help our new EV make an impact on arrival.

Incredibly, considering the conservative nature of automobile companies, Ford chose the latter. It’s a move not without risk, but I think the company hopes it results in two outcomes. The first is that people talk about Ford’s new EV. It doesn’t matter whether it’s good or bad talk. As Elon Musk knows, there’s no such thing as bad press; even if people are writing articles about how dumb Ford is for calling it the Mustang Mach-E, they’re talking about the car, and that’s all that matters. A much worse outcome would be the fate of every other EV that's not named Tesla: being forgotten.

So you’ll no doubt see many articles slamming Ford for asking us to call this four-door electric crossover SUV a Mustang, but those articles will probably also mention how well it matches up with the Tesla Model Y, which it does. People considering a Model Y will begin to hear about the Mustang Mach-E because people can't stop talking about it. And that's what Ford is after: getting enough of the EV mindshare that people are willing to even make the comparison with the Tesla Model Y. If they are, Ford think it has made a good enough product to sway some of those people.

Ford is paying the Mustang a huge compliment by hoping its coolness factor can help launch what is the future of its entire business.

And the Mustang faithful might complain the loudest, as they have a right to. It’s their devotion to the Mustang brand that’s kept it relevant, successful, and secure for nearly 60 years. All I would say is that Ford is paying the Mustang a huge compliment by hoping its coolness factor can help launch what is the future of its entire business. It's too important to leave to Blue Oval branding alone.

And that’s the second outcome I think Ford is hoping for from using the Mustang Mach-E moniker: that it adds an air of coolness to what otherwise is, as Michael Ballaban put it, an “electric Mazda CX-5.” Of course, a name alone doesn’t have that power. The Mach-E’s Mustang-inspired exterior design does as much of the heavy lifting as its name. While styling is always subjective, my own take is that the Mach-E’s curvy body and instantly-recognizable-but-not-overwrought Mustang design cues in its face and taillights are a home run. It’s also far more interesting a design than the few Bolts, e-trons, EQCs, and I-Pace’s running around.

The last point I want to make is that as smart as I think Ford was to invoke the Mustang name for the Mach-E, whether or not it’s really a Tesla-killer – a name the media likes to trot out for every new EV that launches – depends on Ford’s intention when it comes to sales. How many Mustang Mach-Es does Ford want to sell – as many as people demand, or a set number capped by any number of considerations (they’re expensive to make, there’s not enough production capacity for more, dealers don’t want to cannibalize gas car sales, etc.)?

The Tesla Model 3 was estimated to have sold around 9,000 units in October and 123,000 or so units through the calendar year so far. If Ford’s not aiming for sales like those, the Mustang Mach-E can’t be considered the killer of anything. The only way to beat Tesla at the game it’s currently winning by a land slide is to take its customers or enlarge the segment enough to match them. For the future of electric vehicles as a whole, I hope the Mustang Mach-E accomplishes the latter.