Do It For The Gram: 20 Most Popular Supercars On Instagram

Take a wild guess which angular supercar is number one.

The McLaren 650S is the second-oldest McLaren on this list, next to the P1, coming and going between 2014 and 2017. However, it still has an impressive representation on Instagram with 325,013 posts. It's far behind its successor, the 720S, in Instagram love, though.

The McLaren 570S isn't a new supercar. First introduced in 2015, the 570S is one of the automaker's more affordable offerings – it's a staple in McLaren's Sports Series lineup. It doesn't have a following like the Ferraris of the world, though maybe its upcoming successor will make it an Instagram star.

Ferrari ended the production of the F430 in 2009. But somehow the coupe is still racking up a lot of likes on social media. Over 453,965 Instagrammers posted pictures of the car to their social channels this year, making it the fourth most popular Ferrari on the list. Newer options are much higher up.

It's crazy to think that a car worth $4 million, and had just 14 examples built, could have over 466,000 posts on Instagram. Then again, not every supercar can be the Lamborghini Veneno. Based on the Aventador, Lamborghini produced the model to celebrate the company's 50th anniversary.

Aston refreshed the Vantage in a big way for 2018, replacing the again sports car with a sleek, modern, and powerful successor. It's not only a head-turner in the real world, but it's also popular on Instagram, racking up just shy of half a million posts on the photo-sharing site.

Believe it or not, this is the only Pagani on the entire list. Granted, the company only builds two cars (this and the Zonda), but we expected at least one of them would be much higher. In this case, the Huayra has 507,902 posts on Instagram, making it only slightly more popular than the Aston Martin Vantage

The list doesn't specify if this only includes the new Ford GT, or if it incorporates the 2005 model and/or the iconic GT40 race car from the 1960s, as well. Whatever the case, Ford's one-and-only supercar scores 14th. It racked up an impressive 528,610 posts on Instagram at the time of writing.

This is the second McLaren to make the list, and it should come as no surprise it's the 720S. It's one of the more recent top-tier supercars from McLaren, though it's quickly amassed quite the presence on Instagram with more than half-a-million posts.

Like the Ferrari F430, Lamborghini hasn't built a new Murcielago in years. The last one rolled off the production line in 2010. But Lambo's edgy supercar comes in at 12th on this list with 538,808 posts on Instagram.

The Ferrari 488 racked up 768,408 Instagram posts, besting the next-best Murcielago by more about 230,000 hashtags. And for good reason; the 488 is still relatively new, and with variants like the Pista and even rarer Pista Piloti on the market, it's hard to not fawn over this fantastic-looking car.

In the 10th spot is the 300-mile-per-hour Bugatti Chiron. It's racked up 806,034 posts on Instagram, making it, shockingly, the second-best Bugatti on this list. You'll see the most-popular Instagram Bugatti in just a minute.

Credit where credit is due, the Bugatti Veyron is the original (if you don't count the EB110). This was the first new Bugatti from the once-dormant brand, and broke multiple speed records in its production run. It's gone now, replaced by the Chiron you just saw, but it still soaks up plenty of the Instagram limelight – and by a good margin over its successor.

Ferrari's top-end hybrid hypercar, the LaFerrari, is eighth on this list with more than 1,140,000 posts on Instagram. But oddly, it's not even the most popular Ferrari; that honor goes to the fourth most-popular car on Instagram, which you'll see in just a few slides.

The NSX is a bit of an outlier – it's so nice, they branded it twice. The supercar wears both an Acura and Honda badge, depending on the region, which undoubtedly helps bolster its online presence. It's the only one from Honda/Acura on this list, and not to mention, damn good looking.

The one-and-only McLaren in the top 15 is also one of the most popular cars of all time on Instagram. Posted more than 1,159,000 times, the hybrid hypercar is deserving of its top-six finish. It looks impressive and puts down an impressive 900-plus horsepower.

Like a lot of cars on this list, the Lamborghini Gallardo ended production a number of years ago. But it was so popular when new, the car still has some staying power on Instagram. It's the fifth most-posted car with more than 1.3 million images, but surprisingly, only third for all Lamborghinis.

Even though it isn't the newest (replaced by the 488), the Ferrari 458 still gets plenty of love from social media. Users have posted images of the car more than 1.6 million times, making it the most popular Ferrari on this list.

The second most popular Lamborghini on Instagram is the Huracan. It's been posted more than 2.7 million times – besting even more-powerful cars like the Chiron, P1, and Huayra in the process. Variations like the hot Performante and Evo probably help bolster its overall score.

Audi's one-and-only supercar comes strong on the list in second place. With more than 3.3 million posts on Instagram, it's the only German manufacturer on the entire list and only a few hundred thousand images behind the number one car.

Scroll through the feed of your Instagram, or browse the most popular posts, and you're likely to see a Lamborghini Aventador within a few minutes. It's the most-posted car by a good margin, beating the next-best Audi R8 by more than 200,000 images. Like its sibling the Huracan, the SV, Performante, and various performance trims probably help. But there's no doubt Instagrammers love the edgy Aventador. 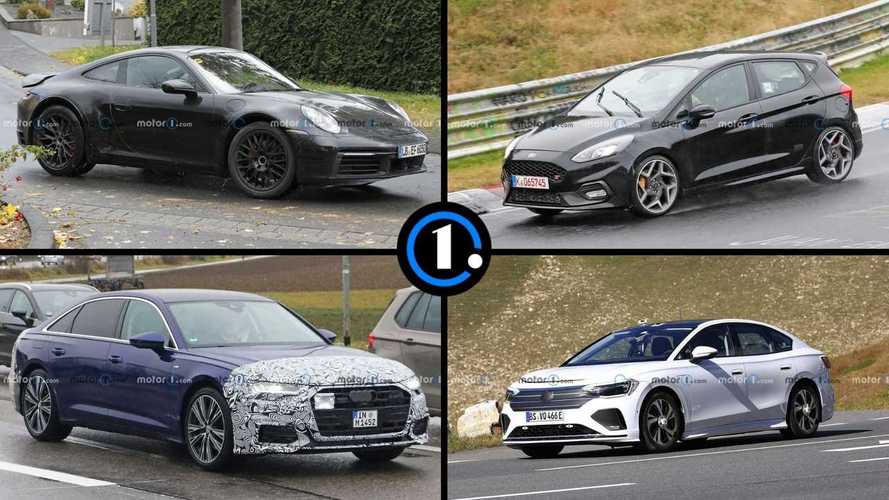 As the kids say, "do it for the Gram." And few cars do it better than the ones that cost six and seven figures. In the past, we highlighted all the cars that get facetime on the social media platform, the most prominent of which is the Ford Mustang. But this list is more exclusive – it's limited to supercars only.

The good folks at CompareTheMarket.com put together the list, using the two most popular make and model hashtags to determine the highest-Instagrammed supercars of all. The list includes options from Audi, Lamborghini, Ferrari, and others. While most are obvious – and likely regulars on your suggested feed and homepage – there are a few that might surprise you.

Check Out These Lists: 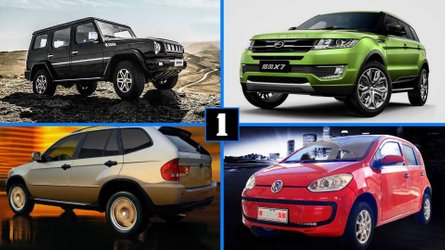 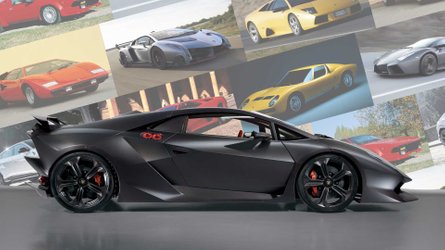 These Are The 15 Best Lamborghinis Of All Time
By: Jeff Perez
++
Got a tip for us? Email: tips@motor1.com