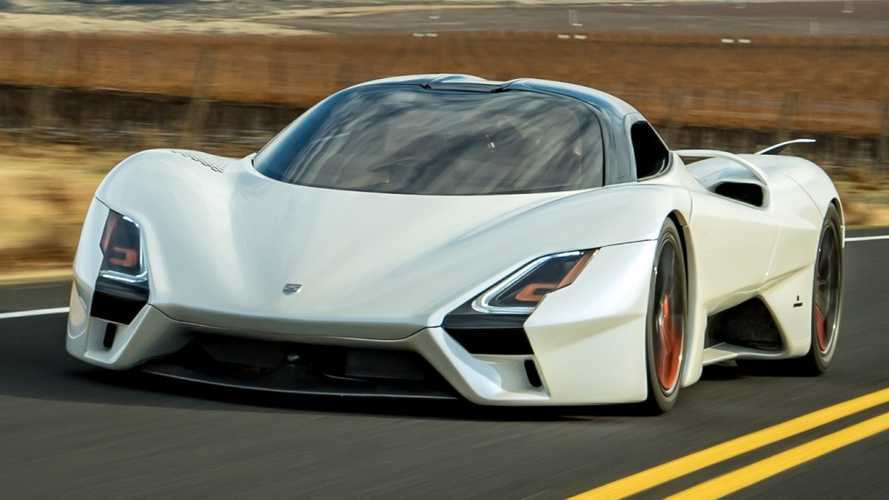 After years of teasing, the first one is on the road. Get the scoop on this long-awaited supercar.

SSC delivered its first Tuatara hypercar to a customer during this year's Monterey Car Week, and the event was a long time coming. The brand first debuted the name of the model in 2011 and had the intention of handing over the first one in December 2013 or January 2014. Things didn't go as planned, and SSC finally unveiled the production-spec Tuatara during Monterey Car Week in 2018. A year later, the first buyer got the keys.

Waiting Is The Hardest Part

SSC stands for Shelby SuperCars, but the moniker doesn't refer to Carroll Shelby but instead founder Jerod Shelby. The company's first project was the Ultimate Aero, and that model gained notoriety for achieving a Guinness World Record top speed at the time of 256.18 miles per hour (412.28 kilometers per hour). The Bugatti Veyron Super Sport eventually beat it by reaching 267.856 mph (431.072 kph).

The Tuatara's story started in 2010 with what was initially reported as a second generation of the Ultimate Aero. The automaker confirmed the Tuatara name for the vehicle in 2011. Development moved forward for the next several years but missed some intended debuts of the production-spec example. In early 2018, news arrived that the Tuatara was nearly complete, and the car made its much-anticipated debut on August 26, 2018.

So, is the Tuatara worth the wait? We can't render a true verdict without driving one, but the specs are certainly impressive.

In addition to the powerful engine, the Tuatara has a carbon fiber monocoque and body panels to keep the dry weight to 2,750 pounds (1,247 kilograms). The svelte shape has a drag coefficient of just 0.279. A robotized CIMA seven-speed gearbox can allegedly shift through the cogs in less than 100 milliseconds.

Supercar Sunday Is A Great Day:

SSC believes that the Tuatara might be able to top 300 mph (483 kph) and potentially retake the title as the world's fastest production car by beating the 277.87-mph (447.19-kph) Koenigsegg Agrera RS.

SSC intends to build just 100 units of the Tuatara. As of 2013, the company planned to charge $1.3 million for each example.