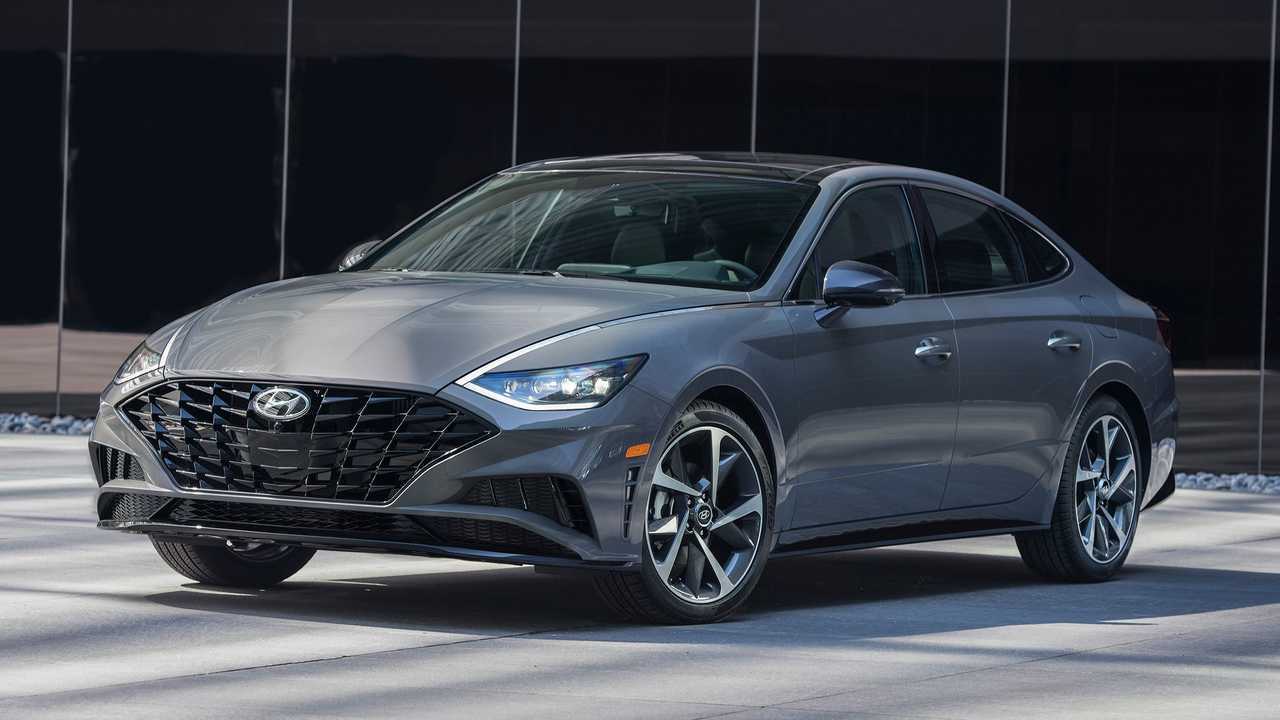 And here are our five favorite design details.

Let’s face it, Hyundai’s recent designs have been hit and miss. Sure, there’s the attractive Santa Fe and Veloster, but there’s also the overstyled Palisade and triangular Elantra compact sedan. So, we weren’t sure what to expect from the next-generation Sonata.

Fortunately, the 2020 Hyundai Sonata marks another hit for the Korean automaker. It’s a striking design that stands out as one of the most attractive in its segment. In fact, we’d argue it’s one of the best looking mainstream sedans to reach production since the turn of the century.

While the whole of the Sonata’s design certainly intrigues us, there are a number of individual pieces that truly pull at our heartstrings.

Short of the Kia Stinger or Volkswagen Arteon, we can’t think of a mainstream sedan with as attractive of a side profile as the Hyundai Sonata. With a fastback-like roofline, integrated rear wing, and a flowing window line, the 2020 Sonata trades the typically stodgy proportions of mid-size sedans for a style all its own.

Accentuating the Sonata’s proportions is a body line that elegantly snakes its way from the front fenders to the rear taillights. The line is especially attractive when viewing the car from the rear three quarters, as it creates a sensuous concave angle just aft of the front wheels only to meet up with the convex lines of the taillights and emphasize the Sonata’s rear width.

Those taillights are rife with details, too. Along with their ability to stress the Sonata’s rear hips, the lights benefit from a light bar that bisects the trunk lid and visually connects the left and rear lamps. The small fins at the top of the lights are a stylish detail that also contributes to the car’s 0.27 coefficient of drag.

One of the most striking details of the 2020 Sonata is the sedan’s headlamps. Almost Aston Martin-like in their style, the lamps feature chrome-colored LED daytime running lights that merge with the chrome detailing that extends from the hood to the window line. It’s an attractive detail that nicely sums up the spirit of the Sonata’s exterior design.

Sandwiched between the Sonata’s headlights is the latest take on Hyundai’s cascading grille. No longer looking as though it were added after the fact, the grille merges beautifully with the car’s long hood to add an air of elegance rarely seen in mainstream sedans.