15 Fastest Cars Around The Grand Tour Test Track (So Far) 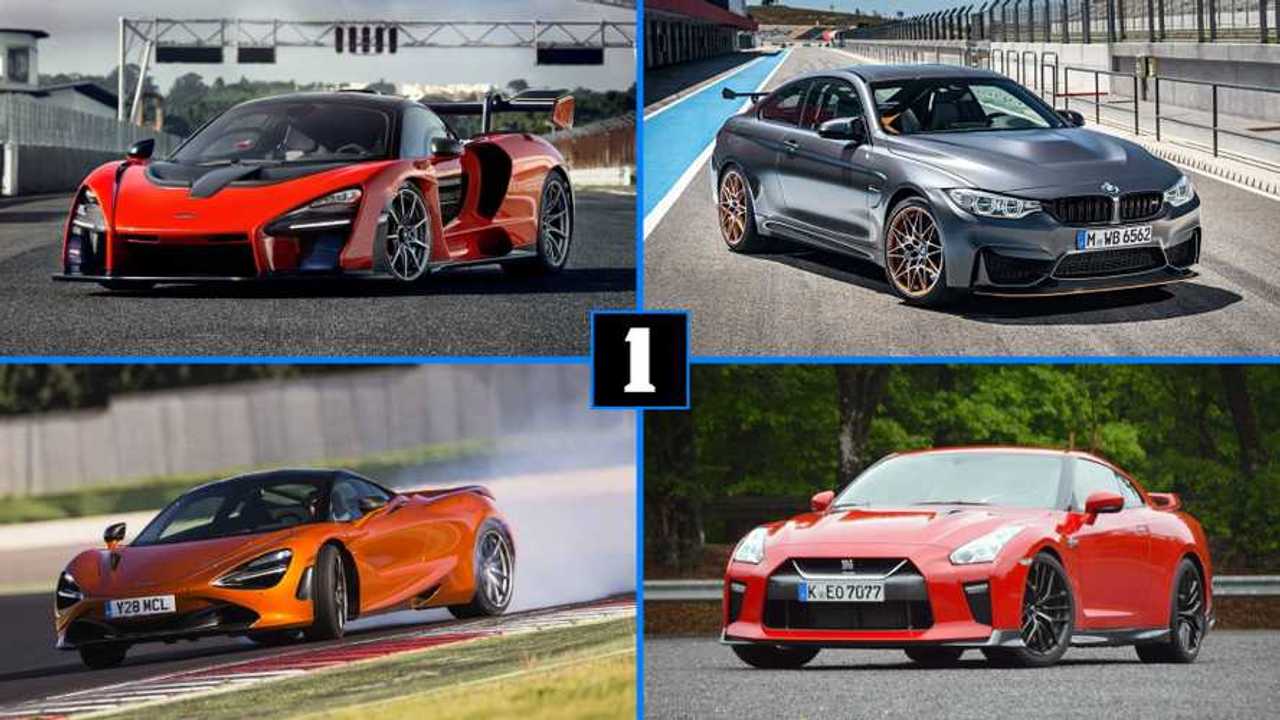 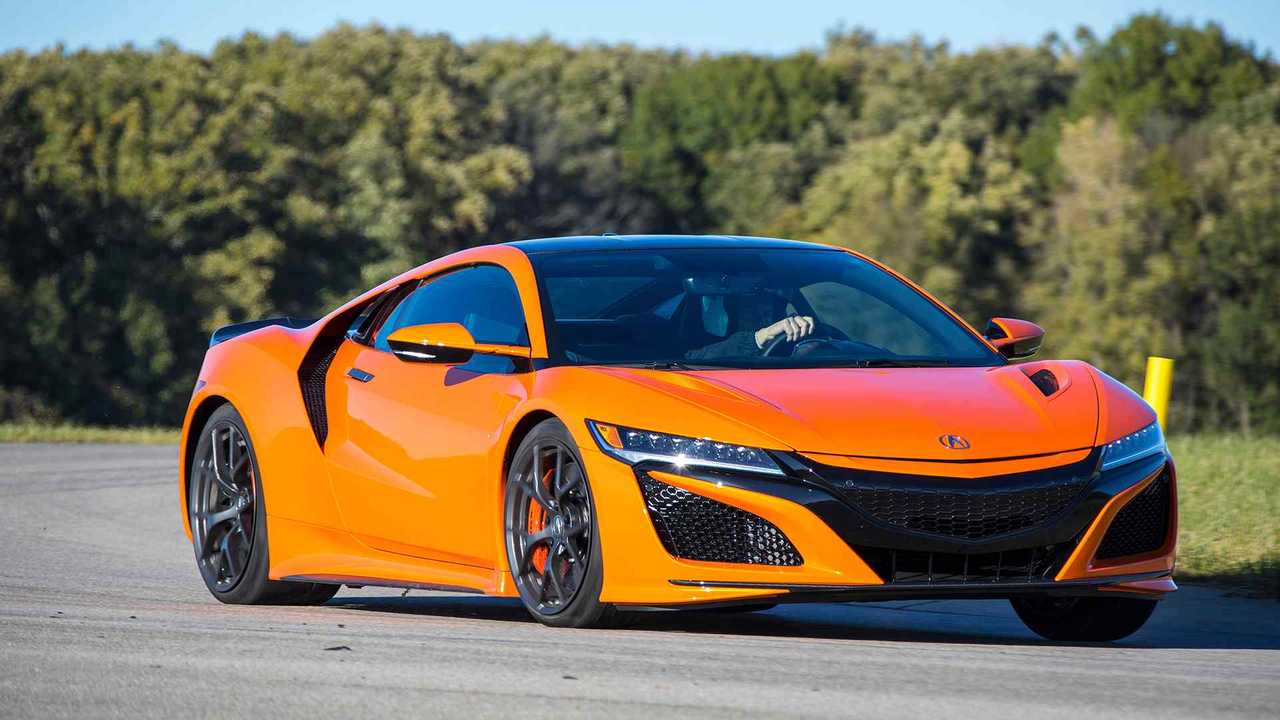 The slowest car on the list comes with a major caveat: its time is the result of a wet lap. Still, the current-generation Honda NSX isn’t a slouch with its 1:26 time that nearly matches the not-at-all-slow BMW M3. The American was behind the wheel for the lap, which showcased his skills as a driver, as well as the NSX’s ability to conquer slick conditions. 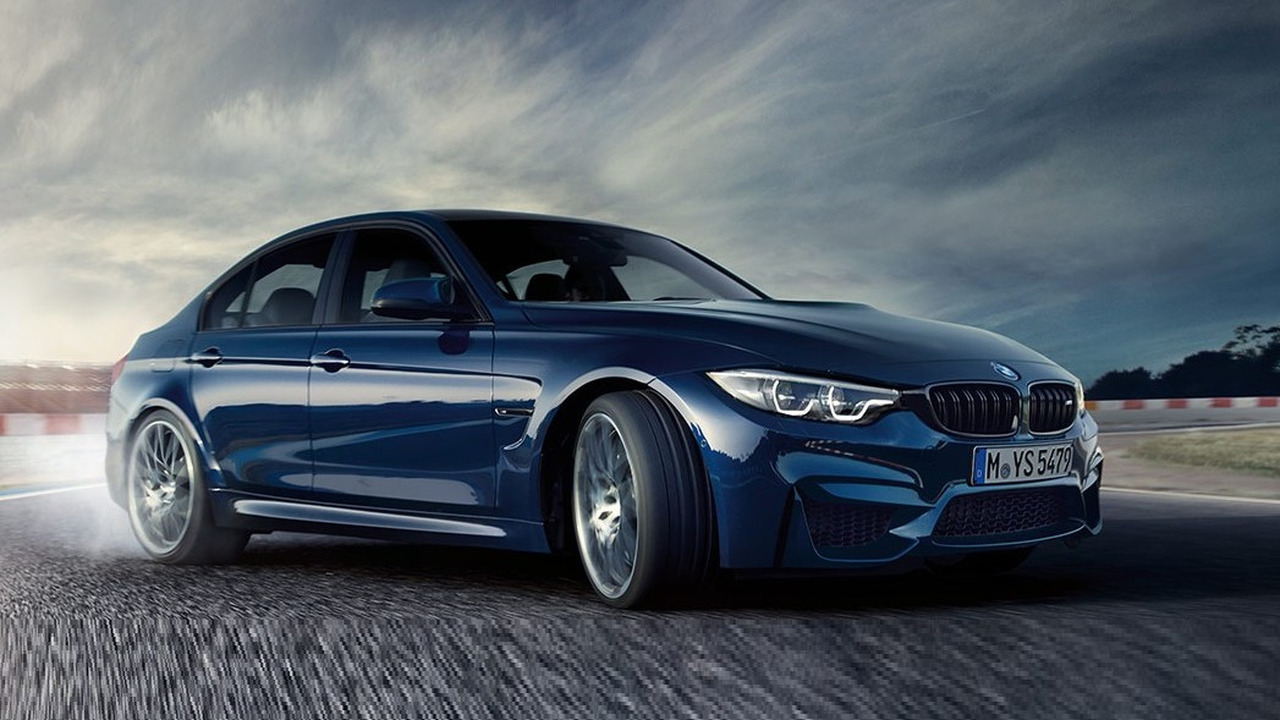 There’s no denying the performance capabilities of the F80 BMW M3. A total of 425 horsepower and an exceptional chassis translates to a sedan with legitimate supercar moves, as American driver Mike Skinner proved with a 1:24.3 lap time around the Eboladrome. Amazingly, the time was just one-tenth of a second away from the more powerful – and larger – BMW M5. 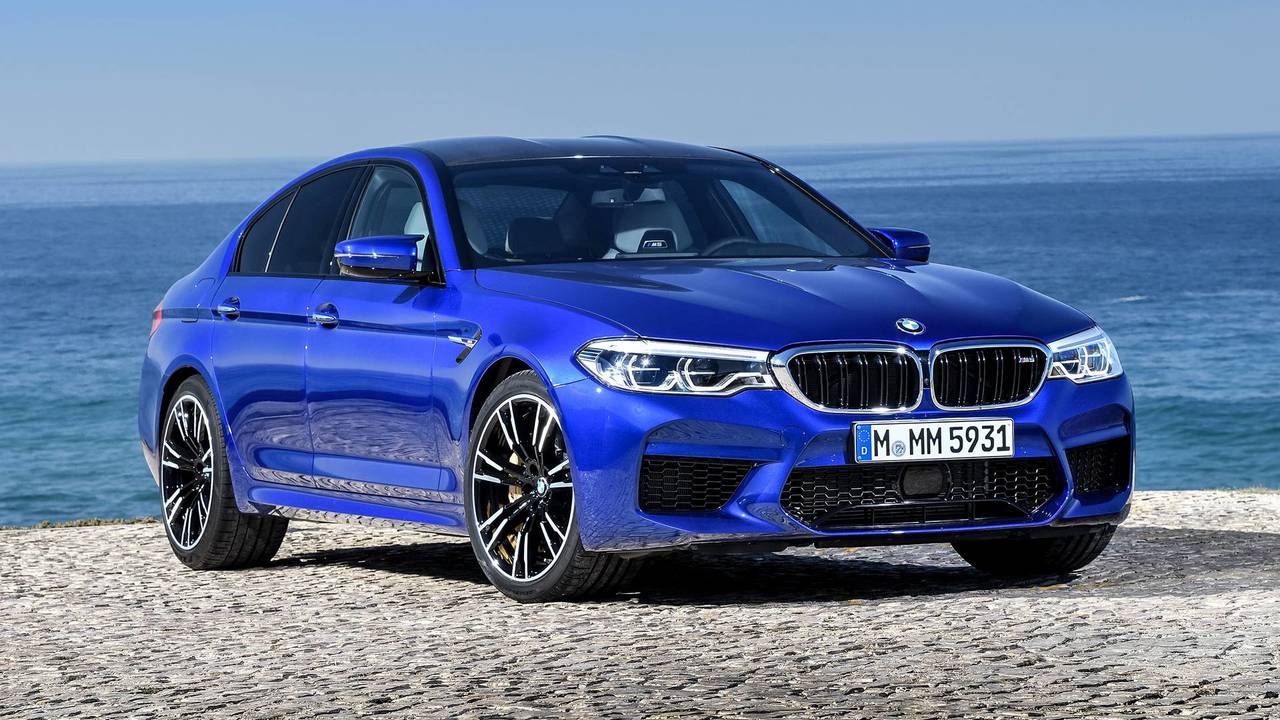 There’s quite a bit of room in the BMW M5 for passengers to stretch out, as well as all kinds of technological gadgets for the driver to enjoy. Still, that kit didn’t stop the crew at The Grand Tour from churning out an impressive 1:24.2 lap time in the big Bimmer; a figure that barely bested the time of the smaller M3. 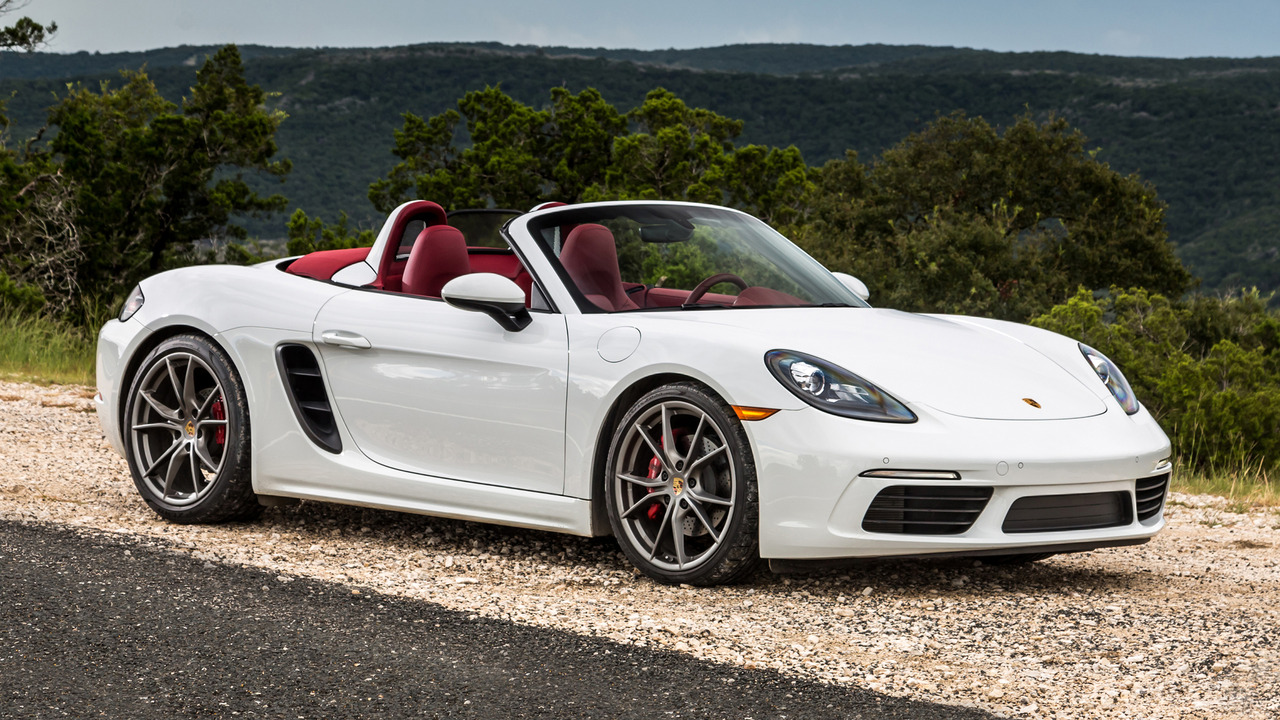 While down on power compared to the M3 and M5, the Porsche 718 Boxster S is a smaller, lighter machine that can really carve corners around the Eboladrome. Mike Skinner cut a path around the course in just 1:23.4 – nearly a second better than the M5. 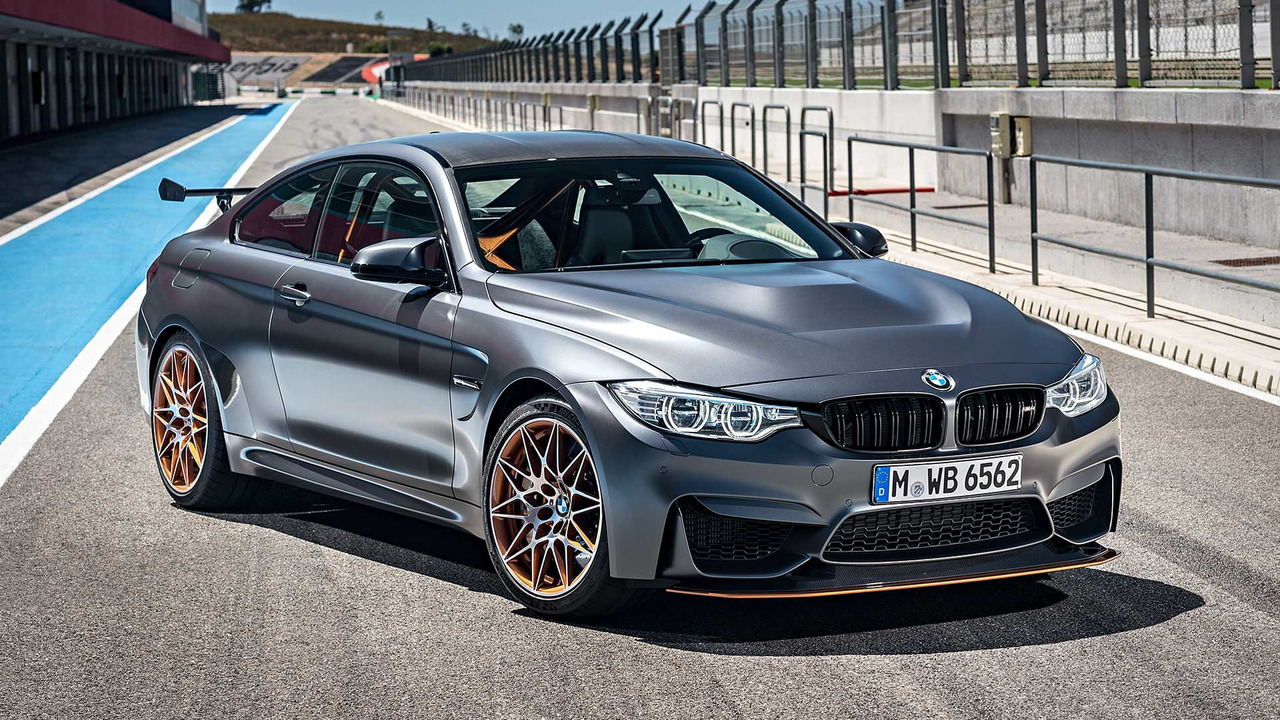 The F82 M4 GTS is BMW’s effort at a track-ready sports coupe. The twin-turbocharged 3.0-liter inline-six gains a water-injection system and produces 493 horsepower. To shed weight, the company removes the rear seat and uses parts such as a carbon-fiber trunk lid. Mike Skinner pushed the hardcore model around the course in 1:22.4 – a second quicker than the Boxster S.

Not quite the GTS but still a special BMW: 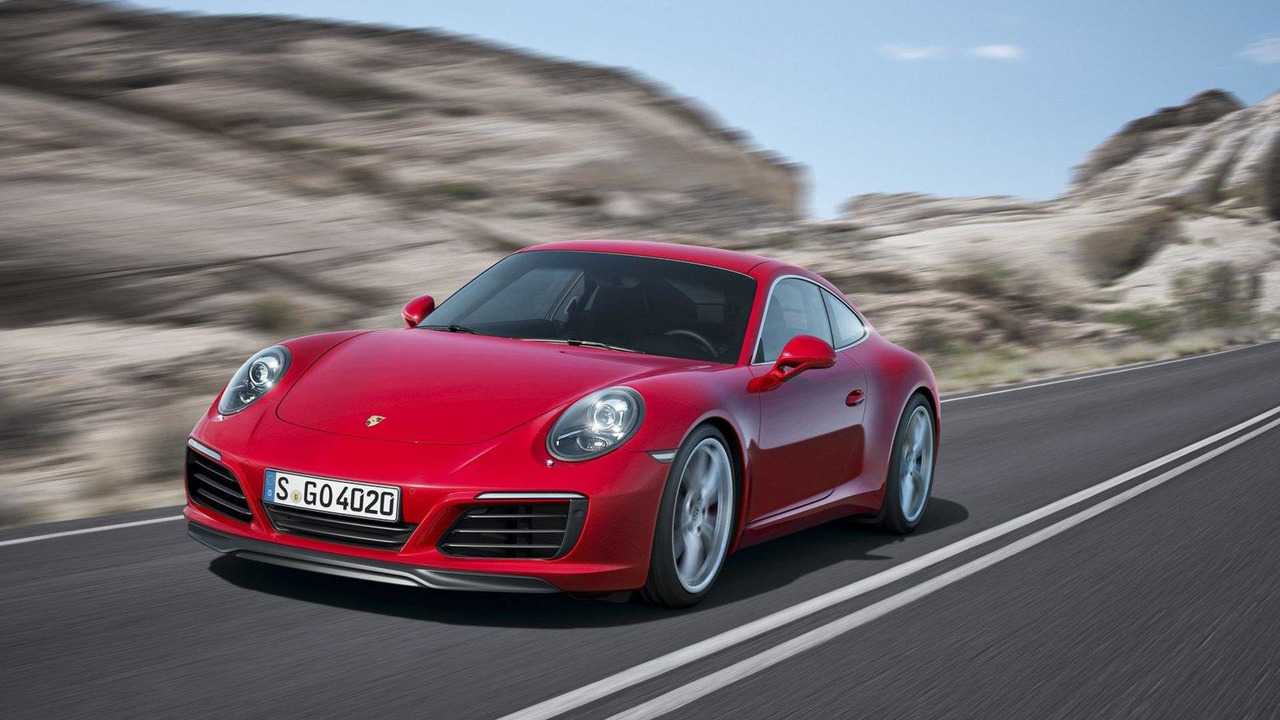 The rear-drive Porsche 911 Carrera S is just a step above entry-level in the massive 911 family. Still, this coupe offers buyers lots of performance. To be clear, this time references the old 991.2-generation that made 414 horsepower from its twin-turbocharged 3.0-liter flat six, not the new 992 model that makes 437 hp from its engine. Mike Skinner hustled the Porsche around the virus-shaped course in 1:21.4, which was exactly a second quicker than the M4 GTS but two tenths slower than the next entry on this list. 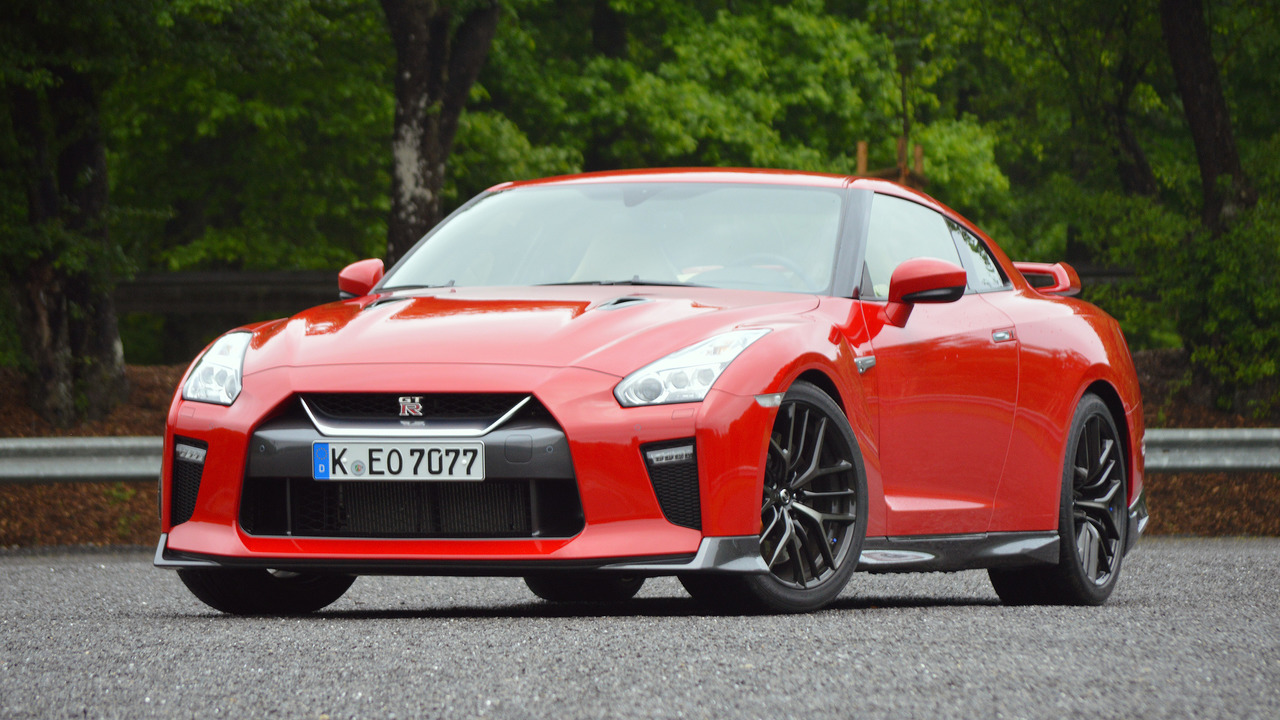 The Nissan GT-R may be a bit ancient relative to the other cars on this list, but it’s still got plenty of performance. Coming in as the ninth quickest car around the Eboladrome, the GT-R recorded a 1:21.2 lap time with Mike Skinner at the wheel. As a reminder, Godzilla pumps out up to 600 horsepower courtesy of its twin-turbocharged 3.8-liter V6 engine. 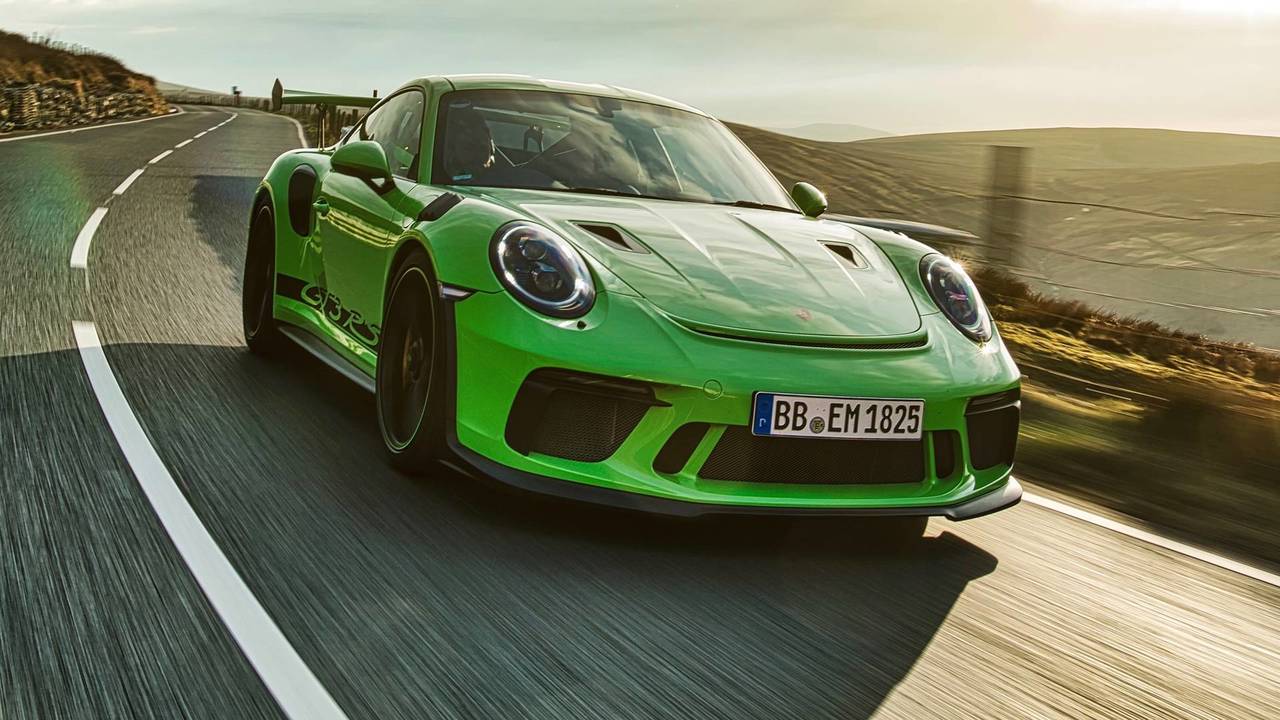 For a brief moment, the Porsche 911 GT3 RS was one of the quickest cars to ever lap the Nurburgring thanks to a time of 6:56.4. But around The Grand Tour test track, the Porsche wasn’t nearly as quick. At 1:20.4, the GT3 RS is the eighth fastest car on this list. The 520-horsepower coupe was piloted by American driver Mike Skinner.

What a wonderful Porsche: 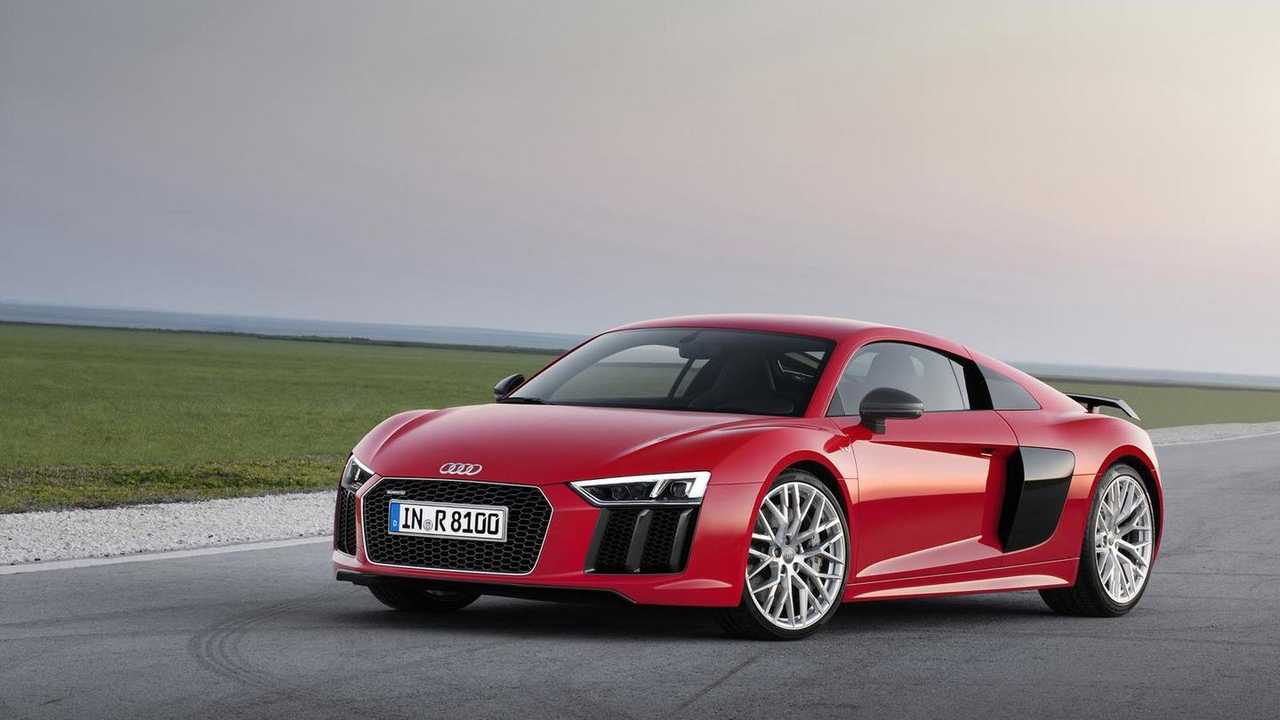 The Audi R8 V10 Plus didn’t put down its official lap time on film. But it still manages to crack the top 10, coming in at seventh on the overall list with a lap time of 1:19.2. American racing driver Mike Skinner put the 610-horsepower supercar around the track early on in the show’s incarnation.

Get the full scoop: 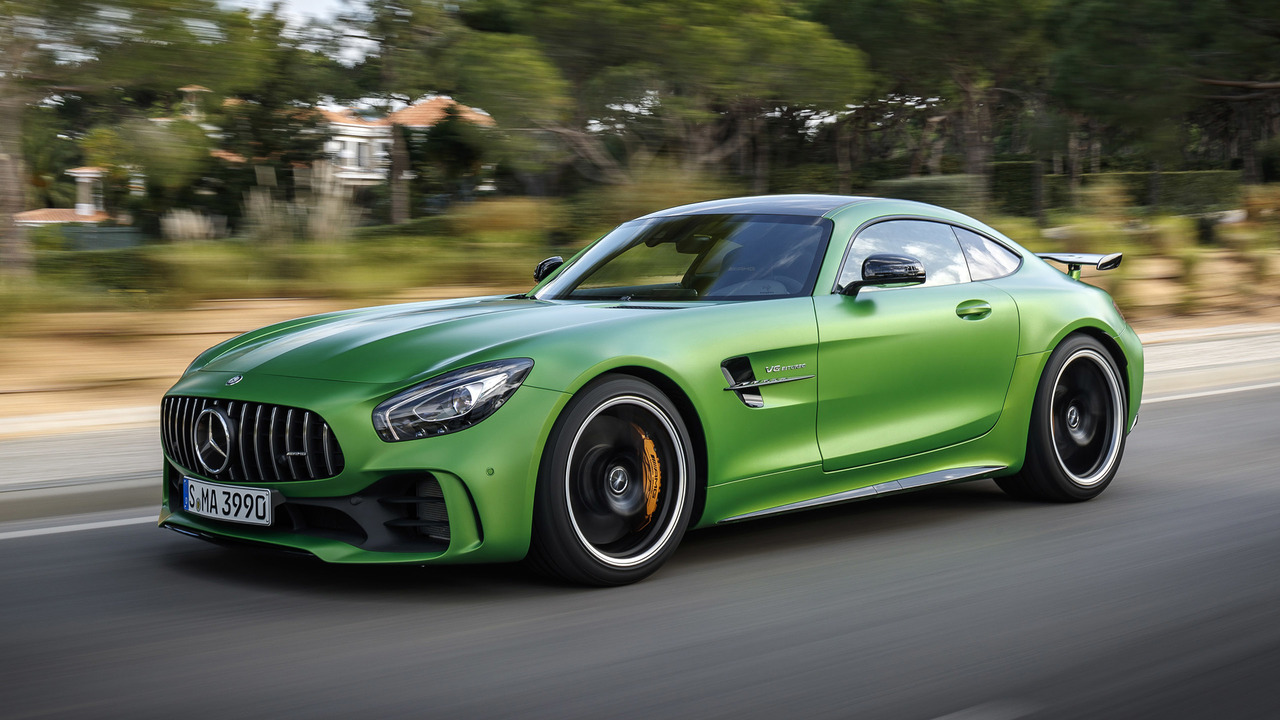 The hottest AMG GT falls to sixth on The Grand Tour lap time list with a 1:18.7 sprint around the Eboladrome. Not even Abbie Eaton's racing abilities were able to make this 577-horsepower super coupe crack the top five. Still, less than a second separates the GT R from the next three cars on the list.

What a cool coupe: 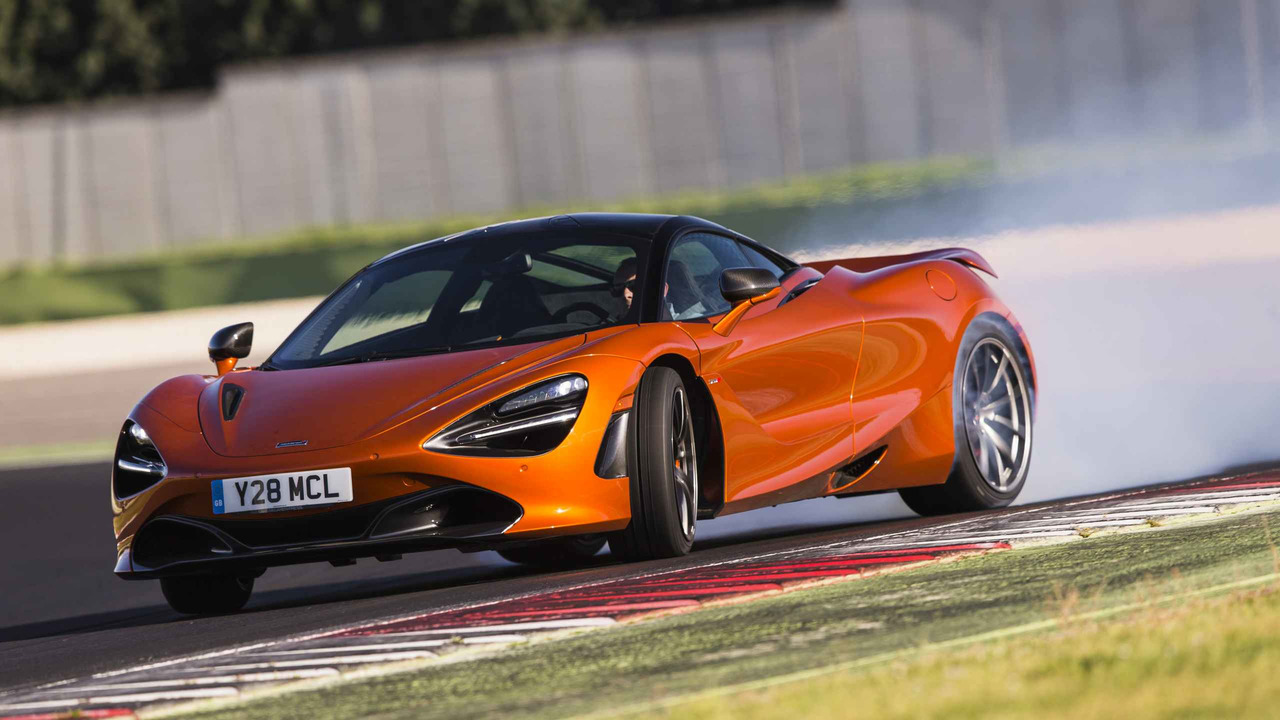 The 720S just barely cracks the top five on The Grand Tour’s fast lap list – but it has to share accolades (more on that in a bit). The 710-horsepower supercar made its Eboladrome debut in season two, lapping the track with pro driver Abbie Eaton behind the wheel in episode 17. 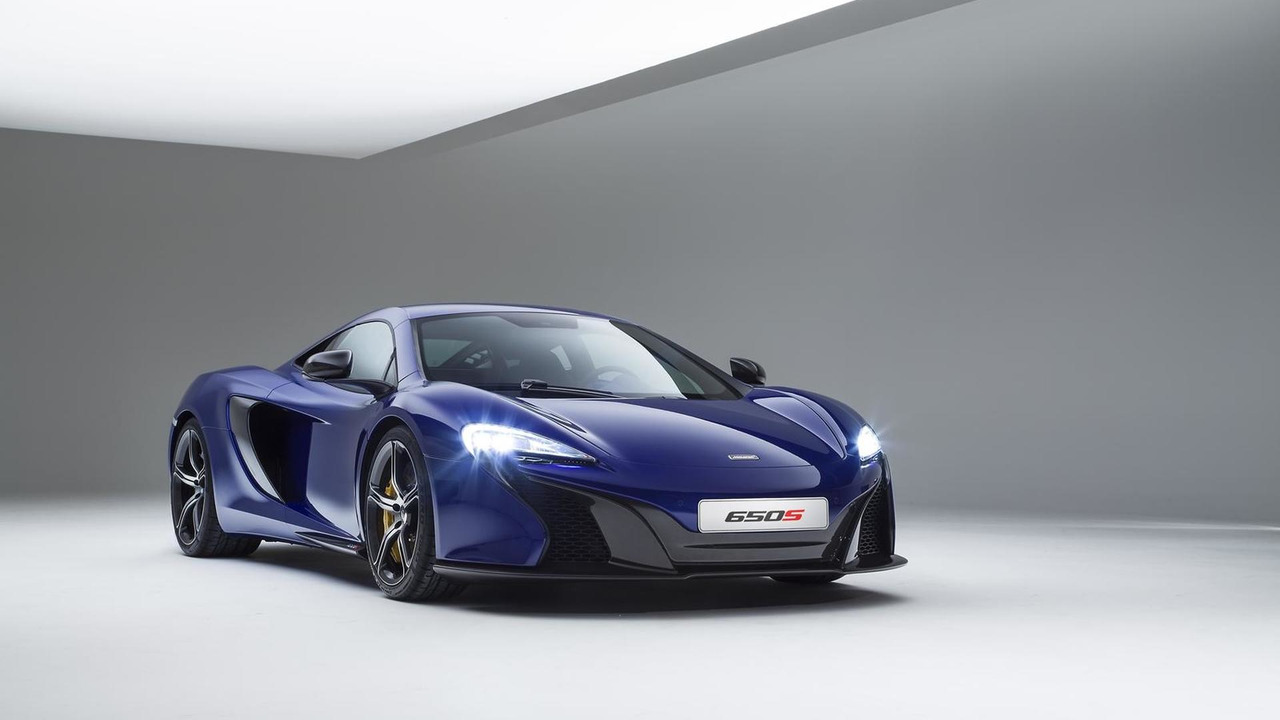 Tied for fifth place are two cars – oddly enough – from the same manufacturer. Both the 720S and the outgoing 650S lapped the Eboladrome in 1:17.9 exactly. But it’s strange that these two cars tied because the 650S is significantly less powerful than its 720S sibling, and its twin-turbocharged 3.8-liter V8 puts down 641 horsepower to the 720S’s 710 horses. 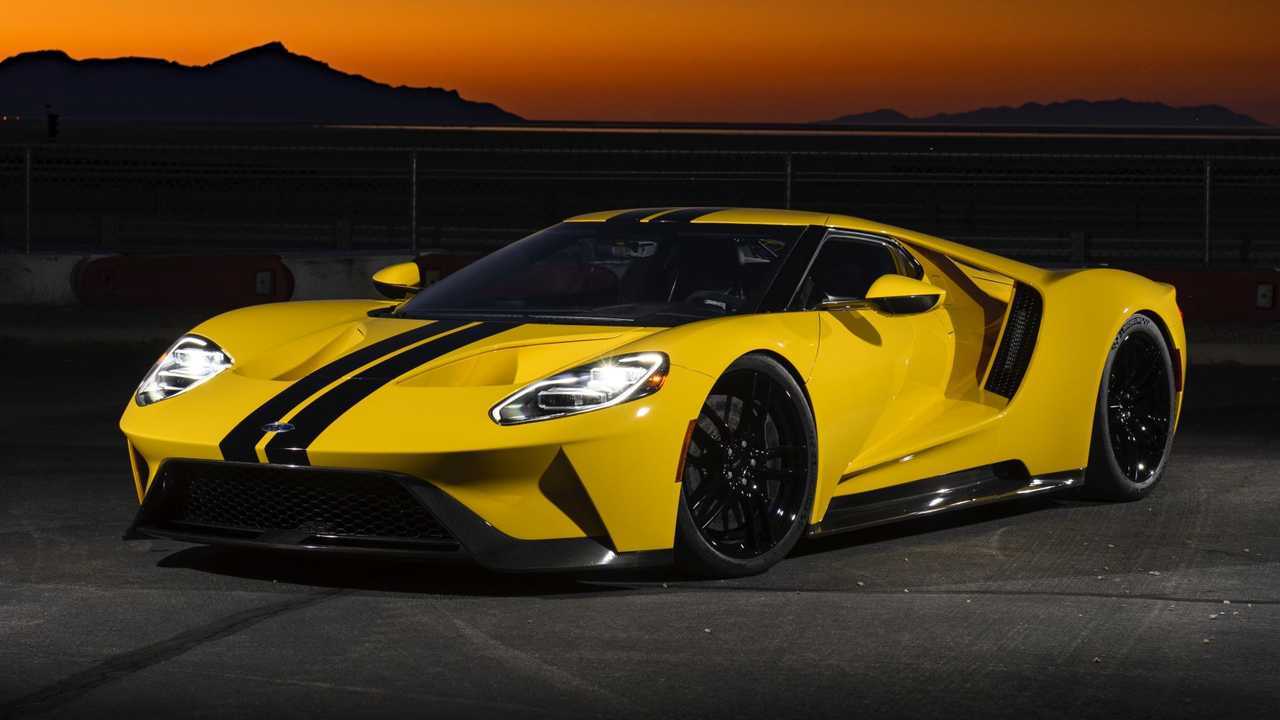 At 1:17.6, the Ford GT is the fastest American car around The Grand Tour’s Eboladrome – and by a good margin. The GT hit the track in season two, episode 21, with Abbie Eaton at the helm of the supercar, which makes a healthy 647 horsepower (482 kilowatts) and 550 pound-feet (745 Newton-meters) of torque from its twin-turbo V6.

2017 Ford GT First Drive: Race-Winning Purity You Can Drive On The Street 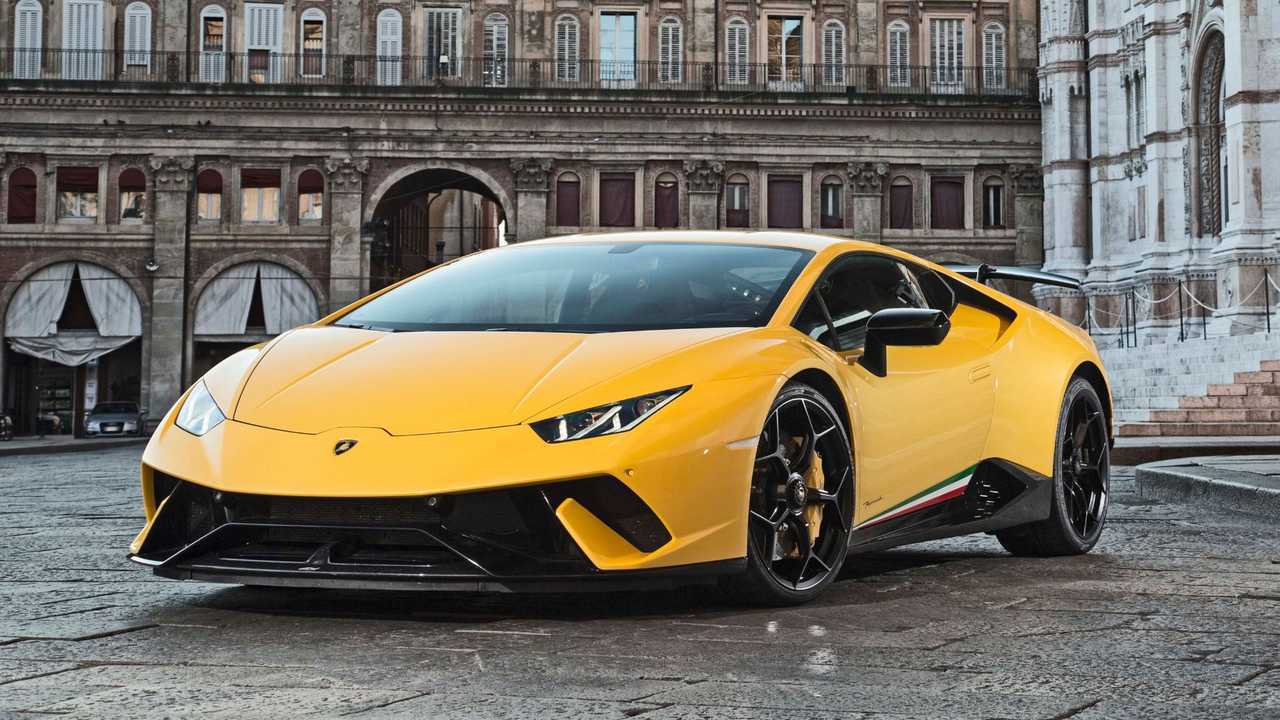 The Lamborghini Huracan Performante may be the fastest car around the Nurburgring (6:52.01), but it’s third quickest around The Grand Tour’s Eboladrome. At 1:16.8, the Huracan Performante hit the track in season two, episode 20, with professional racing driver Abbie Eaton behind the wheel. Maybe the new Evo will be quicker.

Taking the bull by the horns: 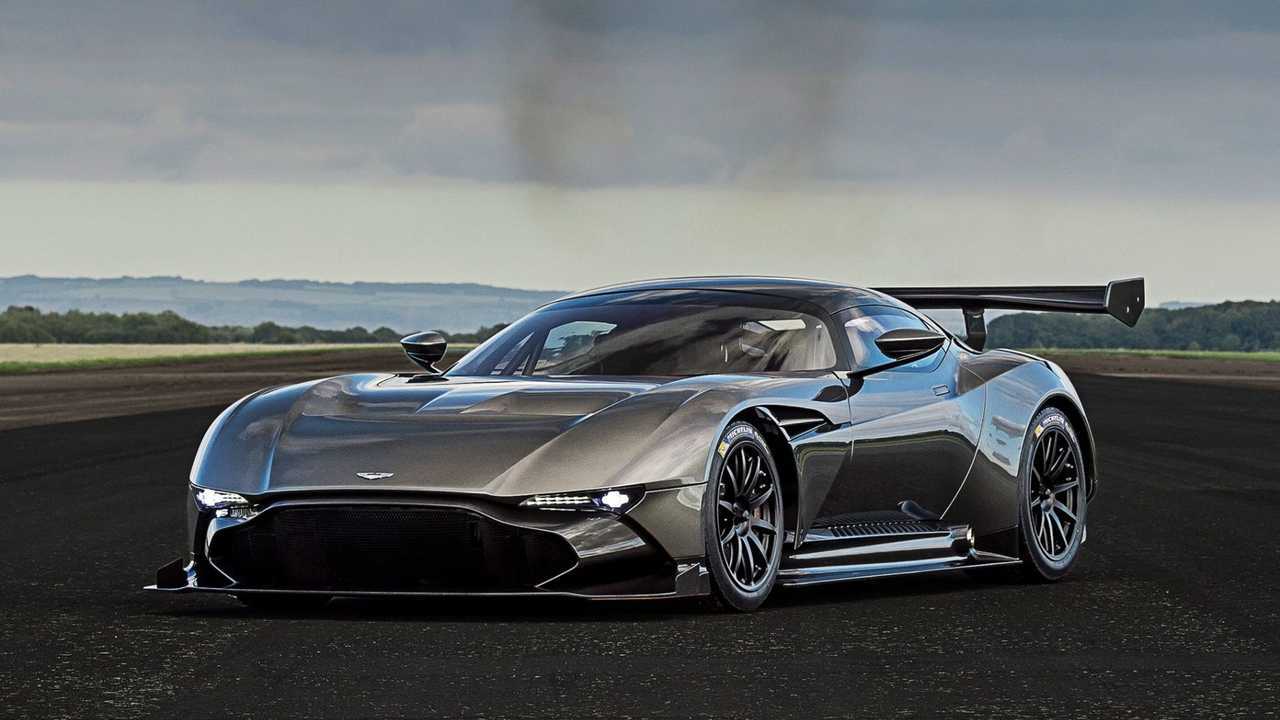 Even with a 7.0-liter V12 and more than 850 horsepower, the six-figure Aston Martin Vulcan falls to second on The Grand Tour’s fast lap list. And by a good margin. In season one, episode two, the Vulcan recorded a lap time of 1:15.5 with American driver Mike Skinner behind the wheel. Even at second, Clarkson is still blown away but the Vulcan’s power. “Not going to say it’s like being attacked by a bear, it isn’t,” he notes. “But it is like being in a room with a bear that is thinking of attacking you.” 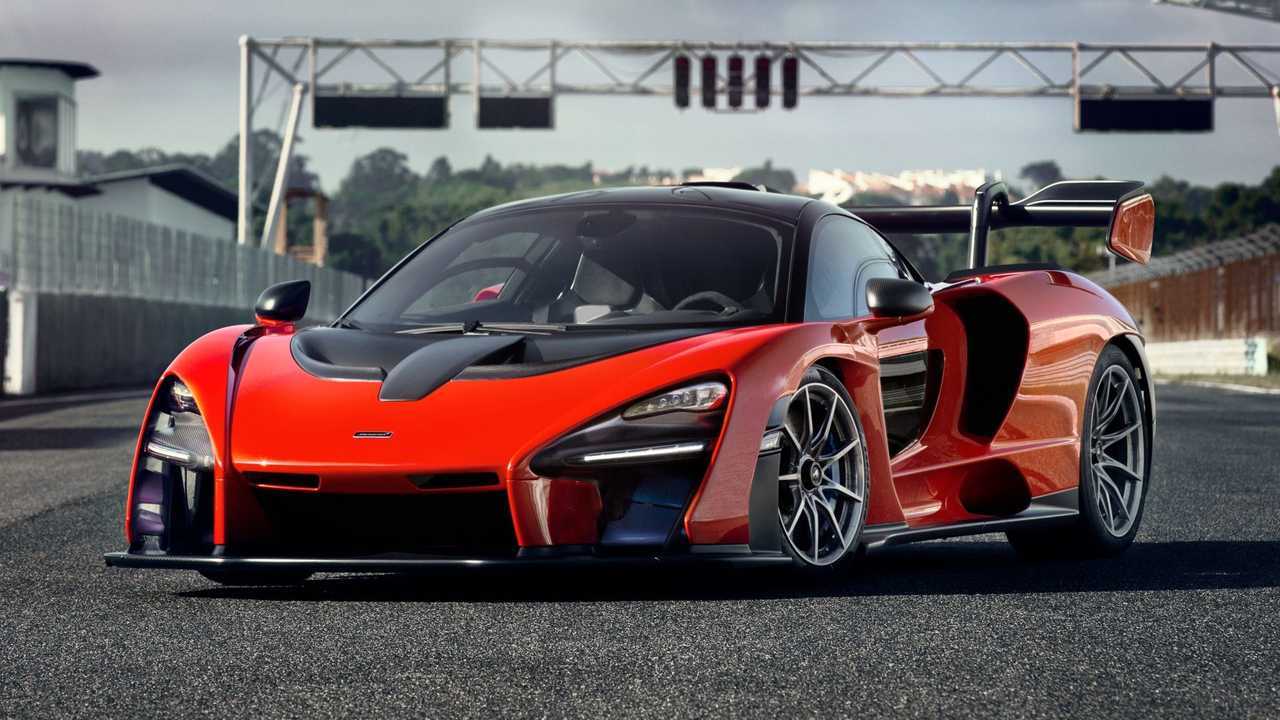 At the top of the food chain is the 789-horsepower McLaren Senna. It hit the track in season three, episode one with Abbie Eaton behind the wheel. And it shattered all other lap times before it. At 1:12.9, the Senna is nearly three seconds faster than the Aston Martin Vulcan (1:15.5), and four seconds quicker than the Lamborghini Huracan Performante (1:16.8). On a dry Eboladrome, the Senna is nearly impossible to beat… but we don’t doubt the boys will try to up the ante this season.

McLaren Senna First Drive: The Fastest Corner I Ever Drove 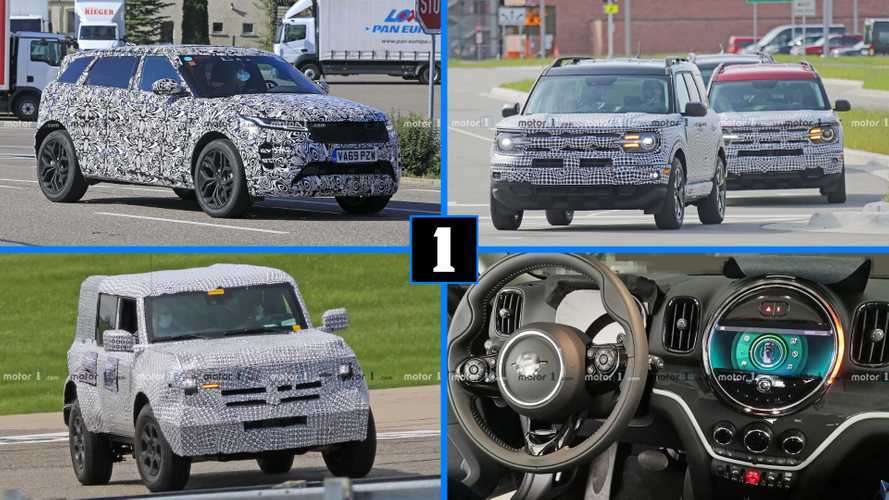 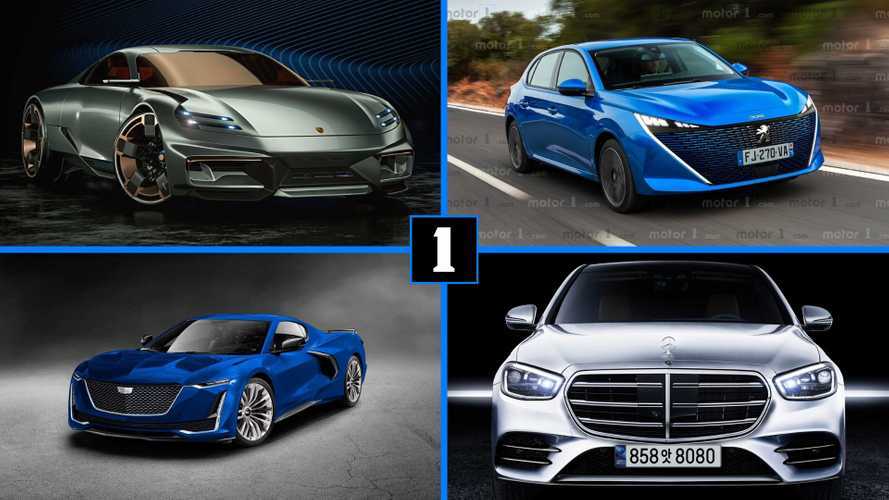 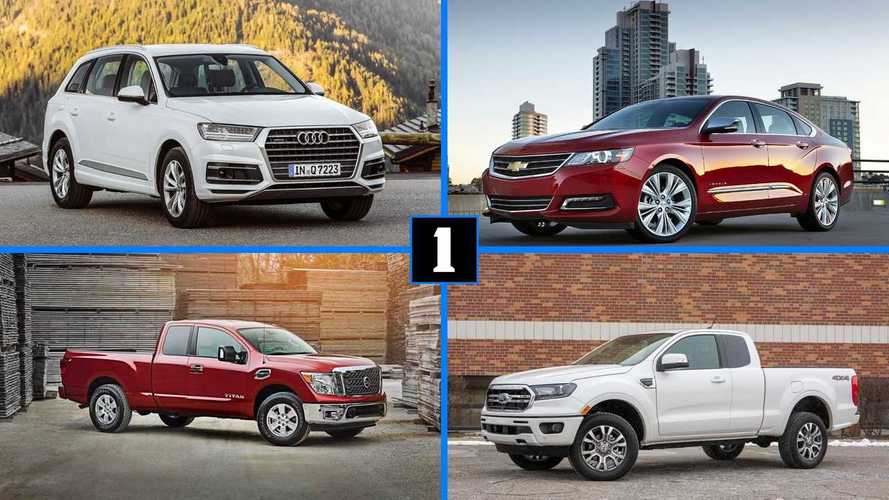 These cars put all others to shame around the dreaded Eboladrome.

With 27 episodes streaming on Amazon Prime, The Grand Tour now has lap times for more than two dozen vehicles around the Eboladrome. With the course record recently falling significantly, it seems like a perfect time to see how the modern crop of sports cars perform on this twisting bit of tarmac.

The Eboladrome earns its name due to the circuit's visual similarity to a two-dimensional view of the Ebola virus. The course isn't nearly as deadly, though. The track consists of a long section called the "Isn't Straight" that allows for high-speed driving, while the "Your Name Here" loop provides a perfect opportunity for drifting. The driver then doubles back along the course, until he or she reaches a sharp right that leads to a similarly hard left turn. The "Bumpy Back Straight" offers another chance to test a vehicle's speed. After a pair of 90-degree lefts, the timed lap ends.

Since starting, The Grand Tour has had two professional drivers performing its timed laps. Mike Skinner did the job during the first season. Abbie Eaton took over the job for season two.

Check out the slides above to see some of the quickest performance cars ever to run the course.

The grand news on The Grand Tour: