Although Ferrari is no longer part of the FCA Group conglomerate, business ties do remain. For example, the Alfa Romeo Stelvio Quadrifoglio SUV has an engine developed by Italian automaker.

At the heart of the Stelvio Quadrifoglio is a twin-turbocharged 2.9-liter V6 engine producing 510 horsepower. The Ferrari-developed heart makes the SUV one of the fastest in the world with a zero-to-62 time of just 3.8 seconds. The top speed is 175 miles per hour.

Even the slightest consideration of Aston Martin opting to replace its famous V12 engine with an eight-cylinder mill would have drawn detractors just a few years ago. However, fast-forward to today, and that change is here.

A few years ago, Aston Martin and Mercedes-AMG entered into an agreement where the German automaker would provide Aston with engines. The first car to receive an AMG powertrain? The Aston Martin DB11. It packs a 4.0-liter twin-turbocharged V8 engine producing 502 horsepower. The DB11 reaches 62 miles per hour from a standstill in four seconds flat.

Many still consider the Citroën SM one of the most revolutionary cars ever. The SM debuted at the Paris Motor Show in 1970 with a wild design and high ground clearance. People still talk about the Citroën SM because of what lies under the hood – a Maserati-sourced V6 engine.

It’s okay to question how, exactly, a Citroën ended up with a Maserati engine. From 1968 to 1975, Citroën owned Maserati, making such sharing a breeze between the two dissimilar automakers. The SM sported a 2.7-liter Maserati V6 engine producing 170 horsepower. Citroën derived the V6 mill from a Maserati V8.

As the world watches Ford and Volkswagen toy with the idea of partnering, it’s best to know this isn’t the German automaker’s first American collaboration. While diesel engines never gained popularity in the U.S., Europe loves the powertrain. Dodge opted for a German turbodiesel under the hood of its Avenger over there, choosing a Volkswagen 2.0-liter TDI mill.

In the 1980s, the Lancia Thema was a conventional sedan, sharing a platform with the Fiat Croma and the Saab 9000. If it were not for the inclusion of a V8 engine in its range, the car would have fallen into oblivion.

The V8 wasn't just any mill – it originated with Ferrari. The Thema inherited the engine from the Ferrari 308. It was a 2.9-liter V8 with 32 valves. The engine had a few changes to the crankshaft and other improvements, too. However, it was detuned from 240 horsepower to 215, rocketing to 62 miles per hour in less than seven seconds. Oh, and don’t forget the Thema was front-wheel drive.

In the early 1990s, McLaren was developing the F1; however, the automaker needed a powertrain. The automaker opted to use a BMW engine after considering mills from Honda and Isuzu.

The head of the BMW M division, Paul Rosche, helped McLaren get a 6.1-liter V12 engine, which made 635 horsepower in the F1. Top speed was an astounding 239 miles per hour with a sprint to 62 mph taking just 3.2 seconds.

You’d think an agreement between France’s Renault and Germany’s Mercedes-Benz would be for something minuscules like window switches or display screens, but there’s more under the hood of this collaboration. The fourth-generation Mercedes A-Class has a power plant from France.

An agreement between Daimler and the Renault-Nissan-Mitsubishi Alliance is the reason why the 2018 A-Class has a French powertrain. It’s a diesel, and it’s available in the A 180d. The 1.5-liter turbodiesel makes 115 horsepower and 191 pound-feet of torque.

Toward the end of the 1980s, Mitsubishi was looking to add some spice to its Galant. The Japanese automaker turned to the German company AMG, which was an independent tuner at the time. Mitsubishi only built 500 examples of the AMG-powered Galant.

SEAT introduced the Ibiza in 1984, becoming one of the first models from the automaker after its break with Fiat. Italdesign penned the look while Karmann developed the body. Porsche provided its engineering expertise for the engines.

Porsche offered the automaker two engines for the car – 1.2- and 1.5-liter mills. They produced 62 and 90 horsepower, respectively. Eventually, the most powerful engine produced 100 hp, which found its way into the SXI. There was a diesel 1.7-liter, too, creating an anemic 55 hp.

The Porsche 914 is one of the most maligned models in the automaker’s history. It’s not a valued classic, either. Why? Porsche launched the 914 in the early 1970s, co-developing the model with VW through a joint-venture.

While you could get the 914 with either four- or six-cylinder engines, it’s the smaller four-cylinder mills that were fascinating. Porsche offered three different four-cylinders for the 914 in the U.S., all hailing from Volkswagen land.

Collaboration between automakers is something as old as the automobile itself. Often, automakers within the same group – such as VW Group – share parts, powertrains, and platforms. Even unrelated automakers ink collaboration deals. There are hundreds of examples where automakers share components with one another. However, today, we're looking at one specific part of the car – the engine.

But we’re not looking at just any shared engines. We’re diving deep to find powertrain collaboration between automakers you’d never think would partner in the first place. We have an SUV with a motor developed by Ferrari, a French sedan with a Maserati heart, a Spanish hatch with a Porsche soul, and much, much more.

Enrich yourself with some automotive knowledge: 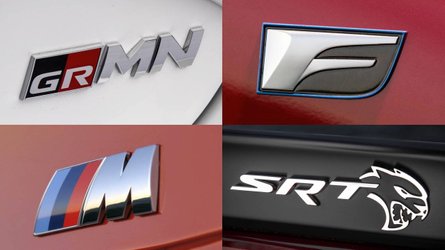 Car Acronyms: What Do They Mean? 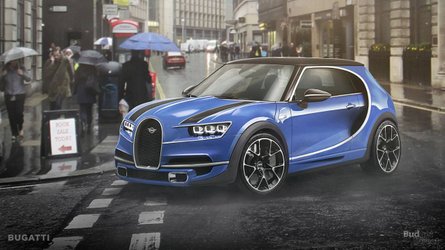 Here Are 6 Reasons Why Mini Shouldn't Make Every Car
By: Javier Llorente
Translated by: Anthony Alaniz
++
++
Got a tip for us? Email: tips@motor1.com