There are classic cars as well as exciting recreations and tributes to classics dotted around the 2018 Geneva Motor Show. Here are our favorites.

Tucked away at the edge of Hall 1, on the GFG Style and Envision stand, was this little gem, the Chevrolet Testudo by Bertone. It's been here before – Nuccio Bertone, head of the famous styling house, drove it over the Alps himself to the 1963 Geneva Motor Show, where it was one of the star acts.

GM design chief Bill Mitchell had sent both Pininfarina and Bertone each a pair of Corvair chassis, asking for sporty European-style variants of the car. Testudo was the Bertone result, penned by a young Giorgetto Giugiaro. The Testudo was conceived and built in just two months – but 1963 was also the year that the Corvette was introduced, which far-eclipsed the Testudo.

The car at Geneva remains the only Testudo built.

Yes, we've seen it before, as the stillborn project of Michael Stoschek and Pininfarina back in 2010. But how good to see it at Geneva, revived, and now licensed to Manifattura Automobile Torino (MAT) of Turin. It may not be a true classic but with an original Stratos on the stand, we couldn't keep away.

The first examples are set to be delivered in April 2018, and they will be made in right-hand drive form if required.

A legend returns to Geneva! Ferrucio Lamborghini wanted a four-seater model in the line-up, so he commissioned Bertone to develop a concept. The Marzal, designed by Bertone’s Marcello Gandini, was the result.

It was first presented to the public at the 1967 Geneva Motor Show, so how fantastic to see it back at the show. Strangely, it was a six-cylinder, effectively using half the Lamborghini V12, and Ferrucio didn’t like it one bit, also objecting to the glass doors.

In period it was driven publicly only once, by Princess Grace at the Monaco Grand Prix, and until 2011 it had spent its life at the Bertone HQ, other than for an appearance at Pebble Beach concours in 1996.

A tuned 911? More than that. A classic? Yes in style, no in underpinnings. But RUF Porsches are legendary, and we had to feature this.

RUF now make an all-new carbon fiber monocoque in the shape of the classic 964 and equip it with more recent running gear. The result is utterly astounding – lightweight, great-looking and ridiculously quick.

RUF hasn’t quoted an acceleration figure but top speed is said to be 199 mph (320 kph).

Placed prominently at the front of the Jaguar Land Rover stand, it almost outshone the debuts of the all-new Jaguar i-Pace and Range Rover SVR Coupé, which took some doing. And Nicko himself was in attendance with Jaguar Design studio director Wayne Burgess and Jaguar Land Rover Classic director Tim Hannig.

The "Retour du Futur" display made for rich classic pickings at this year’s Geneva show, with another legend making a rare appearance – the 1968 Bizzarrini Manta.

Famous for its three-abreast seating and central driving position, an idea later revived by the McLaren F1, the Manta was one of Giorgetto Giugiaro’s first designs as an independent consultant, used to promote his now-famous Italdesign company.

The Manta used Bizzarrini parts, and was based on a former Le Mans race car chassis. It was first shown at the 1968 Turin Motor Show, and caused a sensation – you can see why!

Sure, we've seen Bullitt Mustang recreations before, but great to see a decent one on the Ford stand – though what a shame it's not the real film car, so recently rediscovered. That stayed in the U.S. for a star turn at Amelia Island concours.

But this was also the first European viewing of the new Bullitt special edition of the current Mustang, with its unique badging and requisite Highland Green paintwork. Looks great, it has to be said.

"It looks just like the rest of them," observed some wag in the crowd as the limited edition 50th Anniversary Plus 8 was unveiled on the Morgan stand.

But that's the point – one made clearer by the presence of the prototype 1968 Plus 8 next to the new car. It's a new car with old-school charm and character, and now built on the same advanced alloy structure as the new Aero GT, with BMW V8 engine rather than the original's Rover unit.

These French-made electric-powered modern takes on the classic Mini-Moke have been around a while – but that doesn't mean they can't be a favorite of ours. They come with a choice of lead-gel batteries with 50-mile (80-km) range and six hours charge time or lithium batteries with 80-mile (130-km) range and 2:30-hour charging time.

Understandably largely overlooked at Geneva, for us they're still a charming way of getting much of the charm of the fun little Moke in a modern package.

Tucked under the stairs of the main hall is a superb TAG Heuer display, featuring a lineup of racing cars, starting with a lovely little 1911 Super Leveque. But the stand-out for us was the inclusion of the one and only Mirage M1.

The M1 was built by John Wyer Automotive Engineering in Slough, UK, for the 1967 racing season. It was based on the Ford GT40 using the GT40 V8 engine in various capacities up to 5.7 liters.

The highlight of its brief racing career was the victory by Jacky Ickx and Dick Thompson in the 1967 Spa-Francorchamps 1000. What a great surprise to see it at Geneva.

There are always a few classics at modern motor shows, especially now that manufacturers are taking an increasing interest in their histories. But Geneva is different: there are often several classic specialists and many small but highly significant companies, such as RUF and Brabus, making for a fascinating mix of classic machinery.

So here are our favorite classic cars from the 2018 show.

The best and worst in Geneva:

See all the news about the Geneva Motor Show 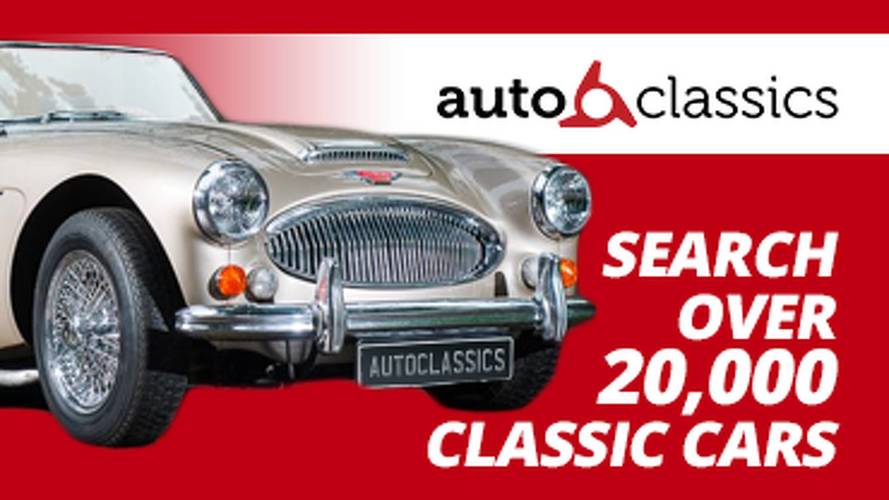 By: David Lillywhite
Published by: Angel Sergeev
++
++
Got a tip for us? Email: tips@motor1.com