Why the trucks are likely to sell out quickly.

Jack Hollis, general manager of the Toyota Division at Toyota Motor North America, says that 40 percent of all Tacoma, Tundra, and 4Runner models sold in 2017 had a TRD package – and a whopping 56 percent of Tacomas were TRD variants. Moreover, he says that those numbers are only increasing.

In fact, Hollis says that #trd is the most-popular Toyota tag on Instagram, because off-roaders tend to like sharing their adventures with friends via social media.. That, in turn, helps spread awareness of the models.

“We win because of that advocacy and enjoyment,” Hollis says.

Limited in quantity, and likely to sell out

Toyota will only build 5,000 units of each of the TRD Pro models, so if you want one, you’ll need to hit your local dealer fast. Traditionally, the vehicles haven’t stuck around on dealer lots for very long at all.

The Tacoma TRD Pro had already used Fox Racing shocks since 2016, but now the Tundra and 4Runner also adopt the suspension components – replacing Bilsteins from before. The move was intended to align the feel of all three TRD Pro models as the TRD division adjusted some of its internal ride-and-handling goals, says Jakin Wilson, TRD development engineering manager.

“We wanted to have harmony for the three brothers,” he says. “You can see advantages both on- and off-road.”

Why have the raised-up intake?

That intake, mounted atop the A-pillar, is an option on the TRD Pro; if you want it, you must elect it when ordering the truck. Because a hole must be cut in the fender, the intake cannot be installed after production. TRD decided to add it as a factory option after seeing so many customers installed intakes like that in the aftermarket, Wilson says.

Speaking of which, don’t call it a snorkel. It’s not waterproofed and does not change the Taco’s water fording depth. Instead, the “TRD Desert Air Intake” is intended simply to keep dust out of the air filter. It channels air straight into the regular air filter box under the hood.

“You don’t have as must dust ingestion,” Wilson says. “It was kind of a customer request.”

OK, “heritage” might be a bit strong given it was sold in the U.S. through the 2014 model year. But either way, the new TRD Pro-exclusive “Voodoo Blue” paint color comes from the erstwhile FJ Cruiser SUV. Sadly, Toyota has not yet shown us any photos of the color, nor are any Voodoo Blue TRD Pros on display at the auto show – so here's a look at a skid plate instead.

While certainly plenty capable of the type of low-speed rock crawling on which some off-road vehicles are focused, the TRD Pro models are intended more for flat-out, higher-speed blasts through the desert. That fits, after all, with Toyota’s heritage in races like Baja.

“Our focus is really high-speed,” Wilson says. “I think that’s what our customers want.”

Who buys TRD Pro trucks? According to Larkin, buyers of the special models tend to be younger, more affluent, better educated, and with a higher household income than other versions of the Tacoma/4Runner/Tundra. As to where they’re popular, the answer is really: everywhere.

“They are in high demand, whether they’re on the coasts or in the middle of the country,” Larkin says.

The basic idea of Toyota’s TRD Pro models is simply: raise the suspension, add some skid plates, fit off-road tires, and dress them up in blacked-out trim and badges. That essential recipe continues to the 2019 Toyota Tacoma, 4Runner, and Tundra TRD Pro models unveiled today at the 2018 Chicago Auto Show. But if you’re a big fan of everything TRD Pro, you’ll want all the details – which is why you should keep reading to learn a little more about the new Tacoma, Tundra, and 4Runner off-roaders.

The TRD Pros Are Tough Trucks: 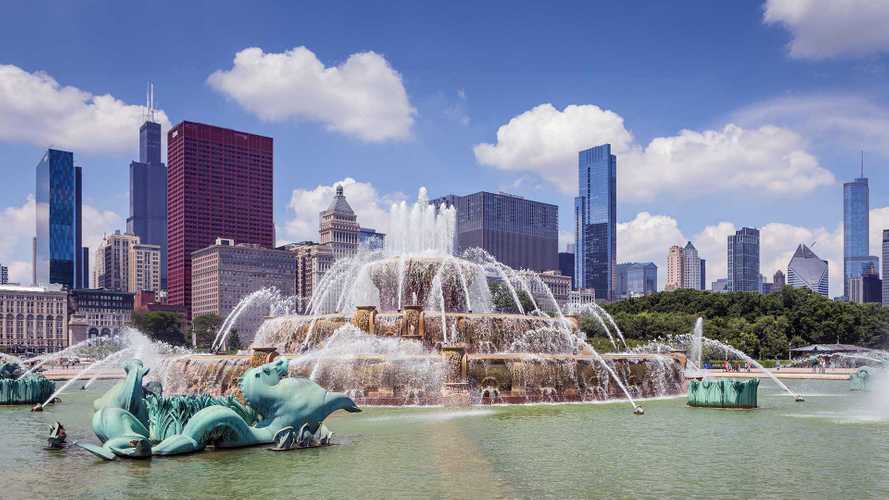