Crossover Vs SUV - Which is Best? 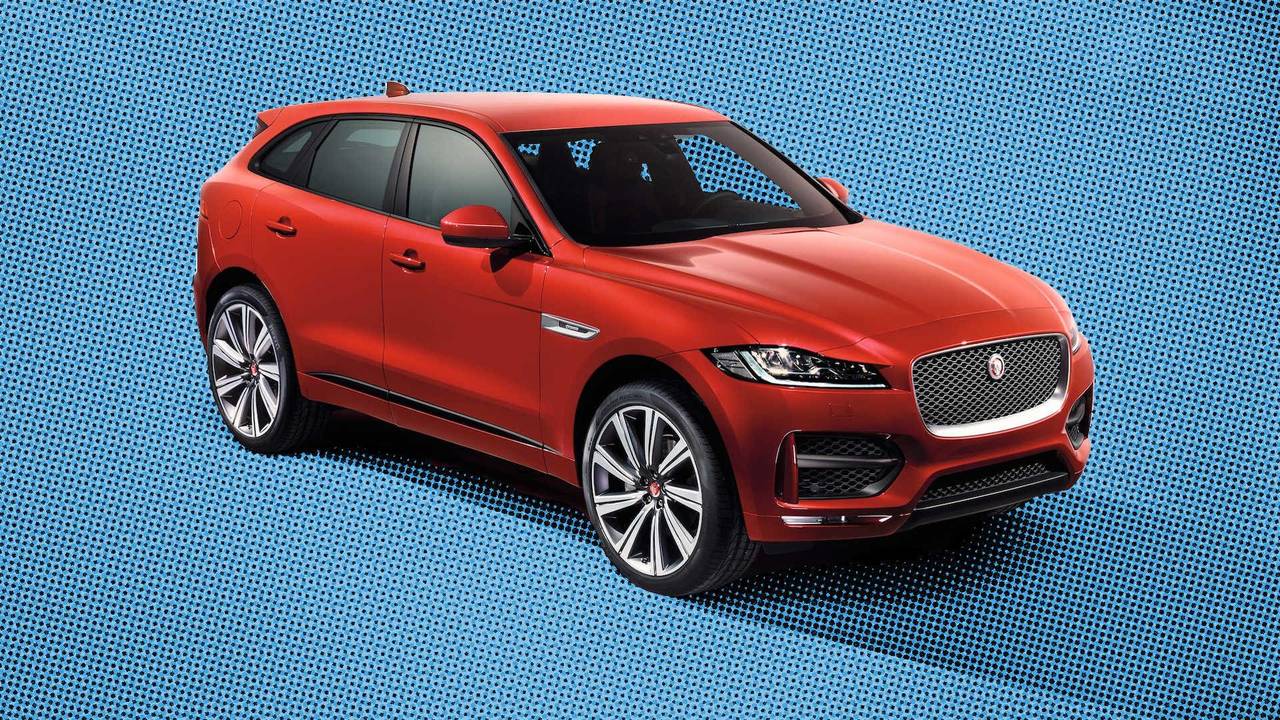 One is essentially a car-like truck, while the other is more of a truck-like car.

Once largely limited to tradespeople and outdoor enthusiasts, rough-and-tumble truck-based sport-utility vehicles (SUVs) emerged as the rides of choice for the nation’s families in the 1990’s, yet were largely supplanted by car-based crossover SUVs (CUVs) after the turn of the century for their more easygoing road manners and improved fuel economy. Today, SUVs and CUVs outsell conventional passenger cars, and could well soon outnumber them in the new-vehicle market, with automakers predicted to offer as many as 150 separate models industry-wide by 2020.

CUVs dominate sales these days, both among growing families and singles/empty nesters, in midsize, compact, and subcompact sizes. A small, but stalwart, selection of conventional SUVs remains available for the sake of more adventurous types, with most being midsize or full-size models.

Most conventional SUVs ride on truck-like body-on-frame architecture for added ruggedness and durability, and are typically four-door models that feature traditional "two box" upright exterior styling. Though they’ve come a long way over the years in terms of performance and sophistication, the first SUVs were little more than enclosed pickup trucks. Segment stalwarts here include the military-derived Jeep Wrangler, the midsize Chevrolet Tahoe, and the large and in charge full-size Chevy Suburban.

Rear drive is usually standard, with burly four-wheel-drive systems optional for added traction. The latter is a necessity for those living in wet or snowy climates, given the tendency for large rear-drive vehicles to slip and slide on slick roads; most 4WD systems include low-range gearing to facilitate off-road adventures and/or for plowing out of deep mud or snow.

Most SUVs come powered by V6 engines, with turbocharged V6 and naturally aspirated (non-turbo) V8s offered in full-size models for more-muscular towing and hauling abilities of up to 10,000 pounds or more. Fuel economy, especially among the largest SUVs, tends to be lacking compared to CUVs and passenger cars, given their added bulk.

While their ride and handling qualities have been tamed considerably over time, truck-based SUVs neither ride as smoothly nor handle as predictably as comparable car-based CUVs. Full-size models in particular can be a handful to maneuver and parallel park in urban areas, and they can be inhospitable to shorter drivers and passengers because of their taller ride heights (especially when fitted with oversized wheels and tires). Available convenience and comfort-minded features are plentiful, though some models offer more in the way of family-oriented amenities than others.

While most true SUVs are rugged trucks under the skin, crossovers are essentially tall wagons with more expressive exterior styling. Because they’re built on unibody car frames, rather than a conventional SUV’s less-sophisticated rail-and-ladder construction, CUVs boast a lower ride height for easier ingress and egress, more-nimble handling, and a smoother ride than comparable truck-based SUVs. They run in size from three-row midsize models like the Honda Pilot, to the latest sub-genre of subcompact CUVs that include the Buick Encore, and compact CUVs like the Ford Escape. There’s even a growing number of sporty CUVs on the market that include the Porsche Macan and Jaguar F-Pace.

The main distinguishing factor here is that CUVs ride on car-like unibody frames, generally coming with front-drive standard and all-wheel-drive systems available for added grip on wet pavement. Traction is typically split between the front and rear wheels on a 50:50 basis, with additional torque being sent to either axle as necessary to prevent wheel slippage; some models like the BMW X3 ordinarily send a bit more power to the back tires to afford more of a sportier rear-drive feel. While many motorists choose an AWD crossover for added safety, it’s only necessary for those who live deep within the snow belt; the standard front-wheel-drive configuration will deliver adequate traction under most circumstances for the majority of drivers.

The two big trade-offs here include much-reduced towing capacities than their truck-based counterparts, given their car-like construction, and a lack of off-road abilities because they lack a traditional SUV’s low-range 4X4 gearing. However, some crossovers, most notably the Jeep Cherokee, Compass, and Renegade, and the Ford Explorer, use electronically enhanced AWD systems with a special traction management system that allows moderate trail blazing prowess.

Most compact and midsize crossovers come standard with a four-cylinder engine that delivers top fuel economy, with a turbocharged four-cylinder and/or a V6 engine alternately offered for quicker acceleration. This, combined with their lighter curb weights, help make CUVs more fuel efficient than heavier (and often less-aerodynamic) truck-based SUVs, though they still suffer in this regard compared to coupes and sedans.

Why Buy An SUV?

More rugged alternatives to car-based crossovers that deliver roomier interiors, traditional truck-based SUVs afford easier access, more cargo room, and a higher driving position than most passenger cars. They’re usually powered by a forceful V6 or V8 engine that enable them to haul a boat or trailer, with the biggest entries surpassed only by full-size pickup trucks in terms of their towing capacities. Many offer three rows of seats to accommodate growing families, along with myriad comfort, convenience, and safety features.

If you're considering an SUV, make sure it’s equipped with 4WD with low-range gearing if you require the ability to go off-road and/or live where it’s essential to plow though deep snow and mud ruts.

Why Not Buy An SUV?

Given their body-on-frame underpinnings, SUVs tend to be heavier and feel less nimble than comparably sized passenger cars, which makes around-town driving – and especially parallel parking – more of a chore than some drivers might prefer. Four-wheel-drive is essential here –at an extra cost of around $2,000 with higher potential repair costs down the road – to maintain sufficient traction over wet or slick roads, given a rear-drive vehicle's inherent deficiency in that department. What’s more, SUVs tend to afford poorer fuel economy and carry higher sticker prices than typical car-based crossovers. There are also fewer bona fide SUVs remaining in the marketplace, which tends to limit one’s choices.

What's more, some active families might find a Crew Cab pickup truck better meets their needs, with four doors and a roomy back seat, but with an open bed in which to toss football or horse equipment, bikes, and such, without soiling an SUVs carpeted cargo hold.

Why Buy A CUV?

Essentially higher-riding tall station wagons, car-based crossover SUVs are more practical alternatives to traditional sedans that, given their car-based underpinnings, remain more amenable to drive than most larger and heavier truck-based SUVs, with quicker handling and easier parking. A few rival sporty cars in terms of their overall performance and maneuverability. Subcompact and compact models are well suited for singles, young marrieds, and empty nesters as alternatives to small cars because of their roomier cabins, larger cargo holds, and improved outward visibility. Midsize models usually offer three rows of seats and are especially desirable among growing families.

CUVs generally come standard in a front-drive configuration, with all-wheel-drive either optional or standard, depending on the model, to help maximize traction over wet or snowy roads (though it’s only essential for those who suffer the worst Old Man Winter can deliver). A few models offer enhanced AWD systems with sophisticated traction management modes to help them traverse deep snow, unpaved roads, and other traction-deficient surfaces.

Buyers can usually equip CUVs with a long list of amenities, including family-minded features like backseat entertainment systems and built-in Wi-Fi systems for connecting portable devices to the Internet; many now offer some of the latest accident avoidance systems for added safety. The available model selection in all CUV segments is plentiful (and still growing), and while dealer discounts and automakers’ sales incentives tend not to be as rich as they are with passenger cars these days, there are still decent deals out there to be found.

Why Not Buy A CUV?

Though some offer a modicum of muscle, choose a truck-based SUV instead if you’re looking to safely and reliably tow a large boat or trailer, or to haul heavy tools or goods. Likewise, if you want to venture off road, or live in a remote area with unpaved access and/or endure deep snowfalls, you’ll want to select an SUV fitted with a burly four-wheel-drive system that affords maximum traction.

And if you’re either cash-strapped or a dedicated bargain hunter, keep in mind that CUVs tend to be priced higher than same-size passenger cars. On top of that, automakers are slapping hefty cash rebates and other incentives on the hoods of their sedans on top of that these days to help spur what are otherwise sputtering sales, which tends to make traditional passenger cars even better values by comparison.

Finally, those with small children might instead want to consider a minivan, which could well be the ideal family vehicle, though it’s cursed with the dreaded "soccer mom" persona that seems to most alienate, ironically, soccer moms. Though their numbers have dwindled in recent years to a relative handful, minivans feature three rows of seats and sliding side doors that make loading kids into their car seats far easier to manage, especially in a crowded parking lot.