Should You Subscribe To Your Next Volvo Instead Of Leasing? 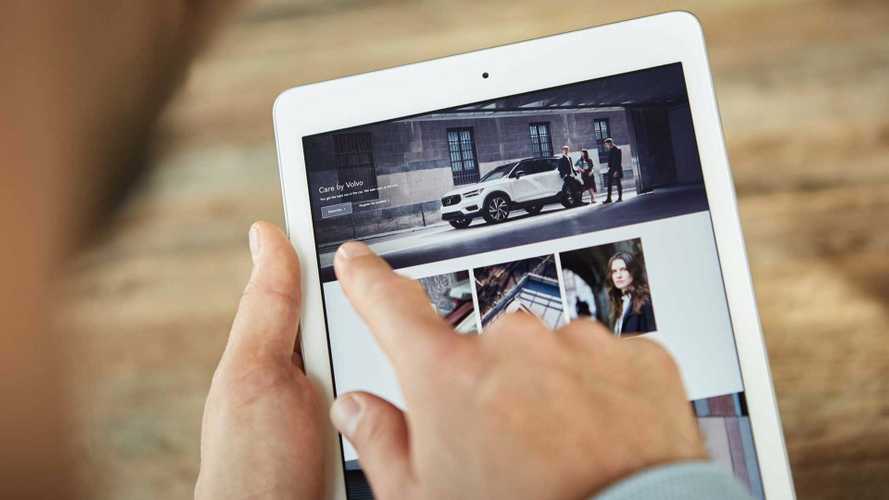 Why Care For Volvo might make sense for your next car.

One of the most interesting things about the 2019 Volvo XC40 is how you’ll buy it. In addition to traditional purchase and lease options, Volvo will allow customers to “subscribe” to the crossover under a new scheme called Care By Volvo. Think of it a little bit like the way you might subscribe to your cell phone, paying a monthly fee for the ability to upgrade to a new phone every so often.

Care By Volvo is a 24-month agreement that costs buyers $600 per month for a nicely equipped XC40 Momentum, or $700 per month for a version with the R-Design trim level. That cost includes free regular maintenance (plus wear-and-tear bits like windshield wipers), as well as insurance coverage for the car. After the first 12 months, buyers can even swap the XC40 for another model if they desire.

Most important of all, you can sign up for Care By Volvo online without visiting a dealer. The vehicles will be offered only in two pre-configured trims; all you do is select color on the website. It’s this idea of being a one-stop car-shopping experience that Volvo thinks will appeal to so many customers.

“It’s trying to take the friction points that a good chunk of customers have shown that they don’t want to deal with, and put them under one package,” says Jim Nichols, Volvo XC40 Product and Technology Communications Manager. “The only thing you should pay for with this car is gas.”

In other words, Volvo believes a certain subset of customer hates negotiating for a lease price at a dealership, hates having to pay for routine maintenance visits, and dislikes shopping around for insurance. With Care By Volvo, it’s all taken care of under one simple monthly payment. Nichols says Volvo’s research indicates that with services like music from Spotify and movies from Netflix, to paid food-delivery or ride-sharing, “We’re seeing people that really do prefer a subscription model rather than an ownership model for a lot of categories.”

It’s not necessarily meant to be a more affordable option – it’s meant to be a simpler one. Care By Volvo is especially aimed at younger buyers for whom the XC40 might be their first or second new car.

The program doesn’t completely skip local dealers. Customers would still need to visit a Volvo showroom to test-drive an XC40, and the cars would still be picked up and serviced there. (Nichols says they’ll receive an “average” commission for each delivery.) But the XC40s won’t sit on dealer lots: Care By Volvo cars will be stored at the company’s shipping ports and will only be delivered to dealers once a customer has completed the online sign-up process. That shouldn’t take more than a few weeks even if a customer lives far from a port, officials promise.

The insurance coverage is provided by Liberty Mutual and is perhaps the most intriguing part of Care By Volvo. The coverage, with a $500 deductible, is said to meet state minimums nationwide. The agency can reject a potential customer Care By Volvo if they’re not insurable (multiple drivers and/or families are eligible), but Volvo officials said they can’t comment on what, if any, criteria might prevent a driver from signing up. It’s also unclear whether one could be kicked out of the subscription program if their insurance costs suddenly rocketed, say after an accident or a series of tickets.

Is Care By Volvo a good deal? Well, you’d need to run the numbers yourself based on existing lease prices and insurance rates. If you’ve got extremely cheap insurance already and can haggle your way to a good lease deal, you may come out ahead. If you live in a high-cost insurance area, on the other hand, Care By Volvo’s fixed costs may be more affordable.

Then again, it’s not necessarily meant to be a more affordable option – it’s meant to be a simpler one. Nichols says Care By Volvo is especially aimed at younger buyers for whom the XC40 might be their first or second brand-new car. While he doesn’t say the “M” word, it’s clear that this no-haggle, one-price-for-everything model is geared toward Millennials. The car is, in general, aimed at “pre- and post-family” drivers, meaning singles or couples without kids, or older couples who are ready to downsize from the family minivan/three-row SUV.

The program will also help bolster Volvo dealers’ supply of “high quality” used cars, officials admit. Customers will keep the cars for between 12 and 24 months, meaning that pretty soon Volvo will have lots of relatively low-mile (Care By Volvo allows 15,000 miles per year) pre-owned cars on lots. That, again, could appeal to younger shoppers on stricter budgets. Nichols says the company is still evaluating whether it would offer a Care By Volvo-style program for pre-owned vehicles, or to which other vehicles the program might expand after the XC40.

Volvo has already rolled out its XC40 subscription program in seven European countries, and says there’s strong early interest in the U.S. So far the company has 2,000 U.S. “hand-raisers” – customers who’ve registered interest online – with one prospective customer already selecting three XC40s for his family. The first U.S. deliveries of the cars are slated for spring 2018.