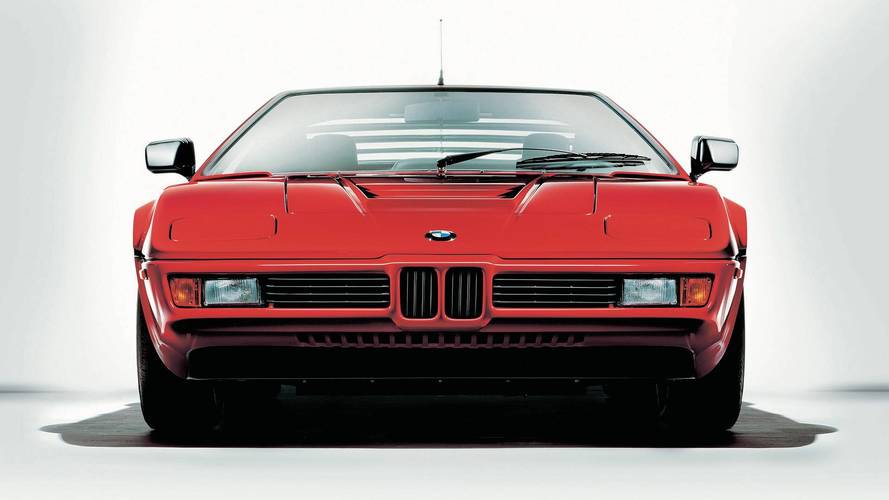 BMW recently took the covers off its latest flagship models. The i8 Roadster and updated i8 Coupe were visions of BMW’s future that became a reality, much the same as the iconic M1 back in 1979.

The striking Giugiaro-designed wedge-shape was initially the responsibility of Lamborghini. BMW tasked them with building a production racing car for homologation, but when the Italian firm hit some financial issues, the Germans regained control. There’s even speculation that the original plans had to be retrieved from Lamborghini through less than legal methods. Regardless of the means, BMW and a few ex-Lamborghini engineers could now develop the prototypes into the finished article.

The BMW M1 might look retro sat next to the sleek shapes of today’s supercars, but this design was cutting-edge back in the 70s. Pop-up headlights and engine cover slats helped with aerodynamics and cooling, but also gave the car a distinctive design. At it’s heart was a 3.5-liter six-cylinder engine generating 273 horsepower (204 kilowatts) combined with a total mass of 2,866 pounds (1,300 kilograms), it was no slouch. A top speed of 162 miles per hour (261 kilometers per hour) was said to be easily achievable.

More from the Motor1.com Legends series:

BMW’s ultimate aim was to take the M1 racing in the Group 4 class, but it spawned the one-make M1 Procar championships to help promote and develop the car. 470 hp (350 kW) variants of the M1 were the stars of the series. Procar acted as a support race for Formula 1, but many F1 drivers decided to get involved, too. Niki Lauda famously won the championship in 1979.

Just 453 BMW M1s, including racing cars, were built between 1978 and 1981 making it one of the rarest BMW cars. In 2008, BMW revealed the Hommage concept, a modern take on the M1 legend. Sadly a business case couldn’t be made and so the M1 successor was shelved. However, the Hommage did serve to kickstart the idea of a new BMW flagship that would eventually become the i8.

Will there ever a be a true M1 successor to challenge the Audi R8? We can only hope so.