Your 10 Favorite Modified Porsches (So Far) 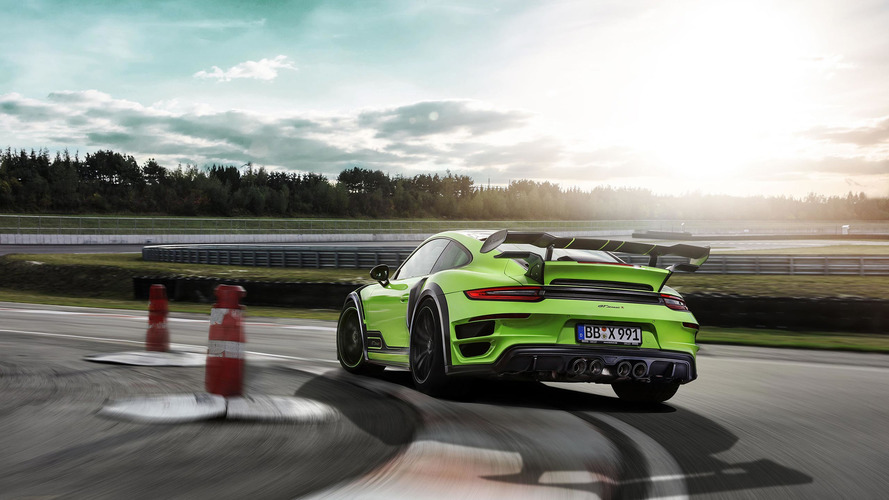 When stock just isn’t enough, take a look at one of these modified Porsche models.

Many of us, myself included, would be perfectly happy to have any Porsche in the driveway. For some people, though, simply fitting in is not enough. Even a standard 911 isn’t enough to sate some car enthusiasts’ hunger for special vehicles. For those types of buyers, the aftermarket has cooked up a world of wonderful cars.

When it comes modified Porsches, as with any tuned car, tastes can be subjective. Some people are happy enough with fresh wheels and new bodywork; others want an all-in revamp that includes serious mechanical upgrades. Either way, there are myriad options if you want to go aftermarket when modifying Porsche’s finest. So, which ones are Motor1 readers most fond of? To found out, we looked at which modified Porsche stories you, our readers, had shared the most on social media. Here are your favorite modified Porsche models – so far. Rest assured, there are more to come from the imaginative minds of tuners everywhere.

When Singer Vehicle Design reimagines a Porsche 911, the result is usually fantastic. But far too often those cars are tucked away in garages rather than out on the open road. Not so for Edward Lovett’s “Monaco.” He daily-drives the car in Los Angeles, including one 300-mile trip, and says he has no plans to sell it. Take a look at these photos; can you blame him?

Up for sale earlier this year was a 996-generation GT2 that had more than a handful of modifications. Extensive engine tweaks raised claimed output to 1,000 hp, and that performance was matched by new brakes and suspension, a custom-built sequential transmission, carbon-kevlar body panels, a functional rear wing, and even a Motec digital dashboard. All told, the seller claimed the car had more than $70,000 of work put into it.

Yeah, yeah, lots of sports cars have carbon fiber accent pieces. But how many have all their body panels replaced with raw carbon? If you’re talking about the 911 Carbon Edition by Russian tuner Topcar, the answer is just three. The three copies of this incredible car all also pack 650 hp thanks to engine tweaking, as well as new wheels and new upholstery.

It’s not all spotless showrooms and race tracks for Porsches. No, this car, called The Keen Project Safari #4, recreates the look and feel of Porsche’s infamous 1984 Dakar-winning 953 911. With a roof rack, mud flaps, and the requisite amount of mud spattered on its blue bodywork, I’d say this Porsche looks perfect for lurid rally-car-style drifts down the nearest dirt road.

Gemballa used the Geneva Motor Show to reveal a modified 911 Turbo with – yes, really – 820 hp and 700 pound-feet of torque. New turbochargers and various other engine tweaks helped squeeze out all that horsepower, while 21-inch wheels, wider bodywork, and a less-than-subtle rear wing provide more visual punch. It’ll set you back a cool €389,600 before taxes – that’s about $460,000 in today’s money.

Topcar made the cut once again, this time with a 750-hp car called the Stinger GTR Gen.2. It’s inspired by the factory-baked 911 GT3 RS, but with Topcar’s unique twists: lots of carbon bodywork, a Turbo S engine that’s been upgraded to generate an extra 170 hp over stock, and other upgrades like lightweight wheels. Prices were not disclosed, but we’re guessing it’s not cheap.

Edo Competition CEO Edo Karabegovic is apparently a big Porsche fan, and his company sells all manner of upgrade parts for the company’s best models. Seen here is a carbon-fiber pack for the 911 GT3 RS. Specifically, it shaves some weight, dropping the car to just 3,130 pounds while also providing a unique look on the outside. Less weight, fresh styling? Sounds like a win-win to us.

Here’s yet another take on the 911 Turbo, this time from Techart. The GTStreet R is seriously eye-catching in this green-and-black scheme, and all those new aero parts are actually functional. The two-tiered rear wing and the front spoiler lip both move to adjust cooling and downforce; Techart says this car generates 708 pounds of downforce at 186 mph. That will be handy if you take advantage of the company’s tuning packs, which can take engine output to as much as 711 hp.

Debuting together at the Amelia Island Concours d'Elegance, these two Porsche 911s reimagined by Singer are just as stunning as the Monaco car listed above. Singer has finished just 60 of its projects since 2009, so seeing any of the company's recreations is a rare thing; seeing two together is a real stroke of luck. Both cars are gorgeous to behold, and I'm more than a little jealous of their owners.