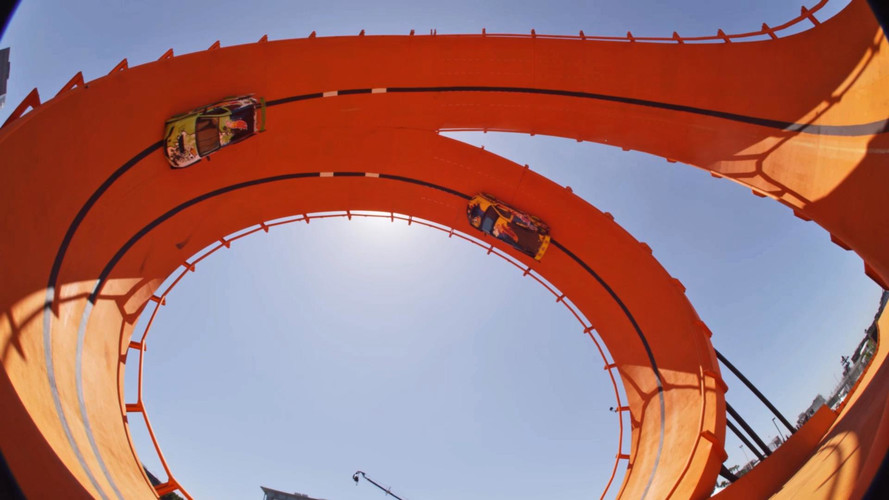 Watching these videos never gets old.

For some people, simply driving fast isn’t exciting enough. We’re as hot-blooded as the next car fanatic, but there’s a special place in the automotive ranks for those who seek the thrill that lies beyond nailing apexes and holding extreme drift angles. We aren’t talking about amateur adventurers just looking for an adrenaline rush – anyone can try to launch a pickup truck over a sand dune. We’re talking about pros who strive to reset the bar every time they get into something with wheels and an engine.

After watching Jaguar literally launch its new E-Pace with a barrel roll last week, we thought it would be fun to scour YouTube for the coolest car stunt videos. Our disclaimer – do not try any of this on your own. Yes, we know most of you will (or perhaps already have) seek out a moment of glory but trust us – stick to launching semis over buildings in Grand Theft Auto and just enjoy these crazy pros pulling off some unbelievable automotive antics.

The current record for a monster truck jump is 237 feet set in 2013, but this sky-high launch done by Bigfoot back in 1999 is still a favorite to watch.

Former Top Gear U.S. host Tanner Foust was joined by Greg Tracy to pull off this epic double loop at the 2012 X Games.

Not all stunts are done at speed. This old footage shows what’s presumably a promotion for Hyundai since the tire-changing passenger pulls out a Hyundai flag at the end.

Watching these behemoths dance never gets old. We could single out a single backflip, but why do that when they’re all freaking amazing to watch?

Speaking of behemoths, this full-size semi truck entered the record books in 2015 when driver Gregg Godfrey covered 166 feet in this jump.

Precision driving takes all kinds of skill, though these guys make it look easy. Plus, we really miss Saab.

This is an older stunt but it’s no less spectacular today. The airplane is on the bottom, with the car jumping in the middle topped with a motorcycle over them all.