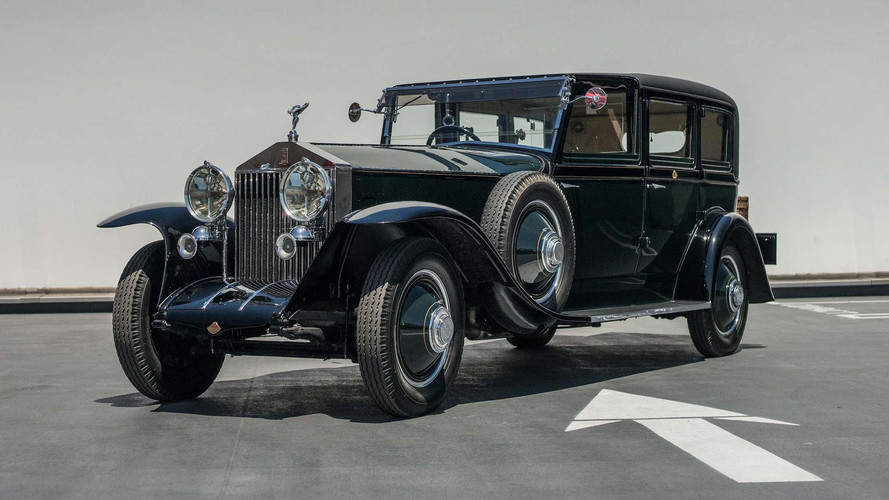 We check out this beautifully kept first-generation Phantom at its home at the Petersen Museum.

Most car models have a four-to-five-year lifecycle before they are refreshed or redesigned. In contrast, the seventh-generation Rolls-Royce Phantom enjoyed a 15-year production run. Knowing its market and demographic oh so well, Rolls-Royce justifies the lengthy production period by calling the Phantom a “significant investment.” And anybody who can afford a Rolls knows you don’t mess around with a significant investment. This is a buy-and-hold crowd.

Given the importance of its storied Phantom, Rolls-Royce is sparing no expense to boost the launch of the new eighth-generation model, slated to be unveiled shortly after the Goodwood Festival of Speed this summer in London.

To properly usher in the latest Phantom, Rolls-Royce is assembling a multi-generational lineup for the reveal. The first car for this family gathering is a 1927 Phantom 1 previously owned by Fred Astaire. We were lucky enough to catch up with this storied Phantom at the Petersen Museum in Los Angeles, California.

The massive limousine was outfitted with bespoke coachwork two different times throughout Astaire’s ownership. The first was by renowned coachbuilder Hooper in London immediately after being purchased, and then it was updated again in the early 1930s by Inskip in New York. Inskip added some truly dazzling scalloped woodwork to the Phantom’s interior. Art Deco-style finned rear turn indicators stand on either side of Fred’s large Louis Vuitton travel trunk (big enough to hold all his dancin’ shoes). The dark green exterior color is accented with black trim.

Despite the dark exterior, the inside is light and airy – maybe a bit like Ginger Rogers’ parlor. (She was Astaire’s best-known partner; she could do everything he did on the dance floor – except backwards and in heels.) In the rear compartment of the Rolls, light green cloth and leather adorns the small couch that serves as a back seat. Petersen Museum curator Leslie Kendall notes the flask, “for libations,” and a special speaking tube for giving the chauffeur instructions. This car is well equipped, to say the least. That said, Leslie points out this “Town Car” was designed solely as a run-about, “To get you to the opera house and back.” Of course.

Rolls-Royce’s team has been working on sourcing other notable Phantoms from each generation for over a year in preparation for the eighth-generation car’s launch. Phantoms owned by John Lennon, Bernard Montgomery, and Agha Khan will also be included in the gathering later this summer.

For now, have a look at the finer details of Astaire’s car in the gallery, below.