7 Kimble Cutaway Drawings We've Shown You, All In One Place 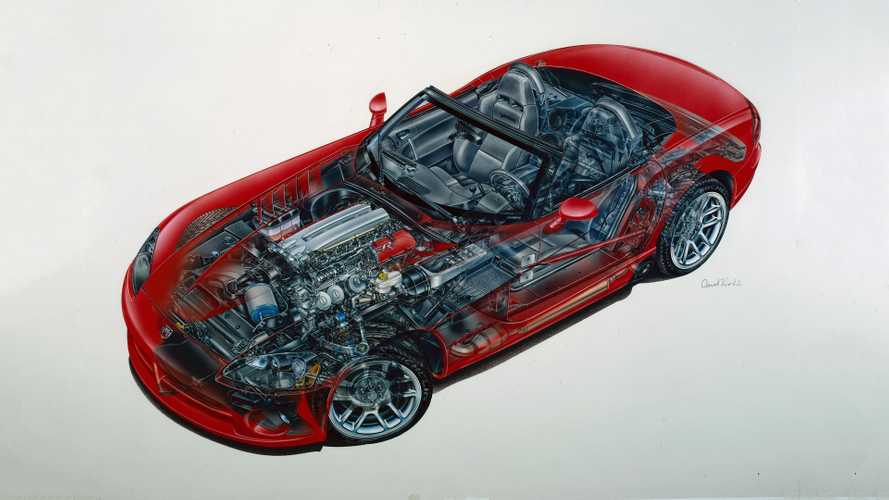 From the famed Ferrari F40 to the Dodge Viper, these are some of the most stunning cutaways ever drawn.

Technical illustrator David Kimble has been stripping down supercars, sports cars, and race cars for more than 50 years. In doing so, the Pasadena Academy of Technical Arts graduate has given enthusiasts the chance to take a deeper dive into some of their favorite vehicles.

The now iconic hand-drawn illustrations have shown up in every magazine from Motor Trend to Car and Driver without the aid of any computer technology. For months now we've been giving you the in-depth story on some of his most iconic pieces. Here's the full list, in case you missed any.

The Ferrari F40 is one of the most iconic supercars ever built, hands down. But in order to truly appreciate the marvel of engineering that was Italy’s finest supercar of the late ‘80s and early ‘90s, you have to peel back the layers. Davide Kimble does so in his cutaway illustration that details everything from the bumpers, to the door panels, to the octagonal center-lock wheel nut. Not to mention the 2.9-liter biturbo V8.

Apart from being almost instantly recognizable, The King’s no. 43 Pontiac stock car is stripped down to the bone in this Kimble cutaway illustration. The typically polarizing red and blue livery now acts as a secondary point of emphasis to the stunning detail found in the engine bay and the cabin. This cutaway was done in 1982 shortly after a fifteenth place finish at the Atlanta Journal 500 –  a time when stock cars were more or less “stock.”

The bare-knuckle, hairy-chested Dodge Viper SRT-10 gets stripped naked in this 2003 Kimble cutaway. In it, he captures the Viper’s menacing, unmistakable stance and iconic bodywork, though most of the focus remains on the massive 8.3-liter V10 engine. The attention to detail paints a stunning picture of the infamous engine

The Ferrari 250 GTO is the most expensive car ever sold at auction. And one of the most stunning. In this cutaway, David Kimble takes a look at the engine bay and rear suspension in detail, gathering information from several different sources, and merging the stunning Bizzarrini bodywork together with near-perfect Italian engineering.

Similar to the F40, the Porsche 959 was a superstar amongst other so-called supercars. Making its debut in 1985, it was essentially a 911 shell with a ridiculous amount of added power and technology stuffed into a road-going race car. In this Kimble cutaway, nearly every inch of the engineering is detailed, including the raucous 2.85-liter air-cooled engine.

This 1965 Shelby Cobra 427 S/C cutaway was hand drawn by Kimble, and digs deeper into some of the smallest details of one of America’s most iconic cars – including that legendary 427 big block V8. Apart from the engine, the wiring harness behind the dash, the visible cogs in the transmission, and the distributor gear are straight engineering pornography.

If there were ever a Lamborghini more iconic than the Countach, we’ve yet to find it. Alongside the Ferrari F40 and Porsche 595, the Countach epitomized performance throughout the late ‘80s and early ‘90s. This cutaway gives us a more detailed look at the Italian Stallion.